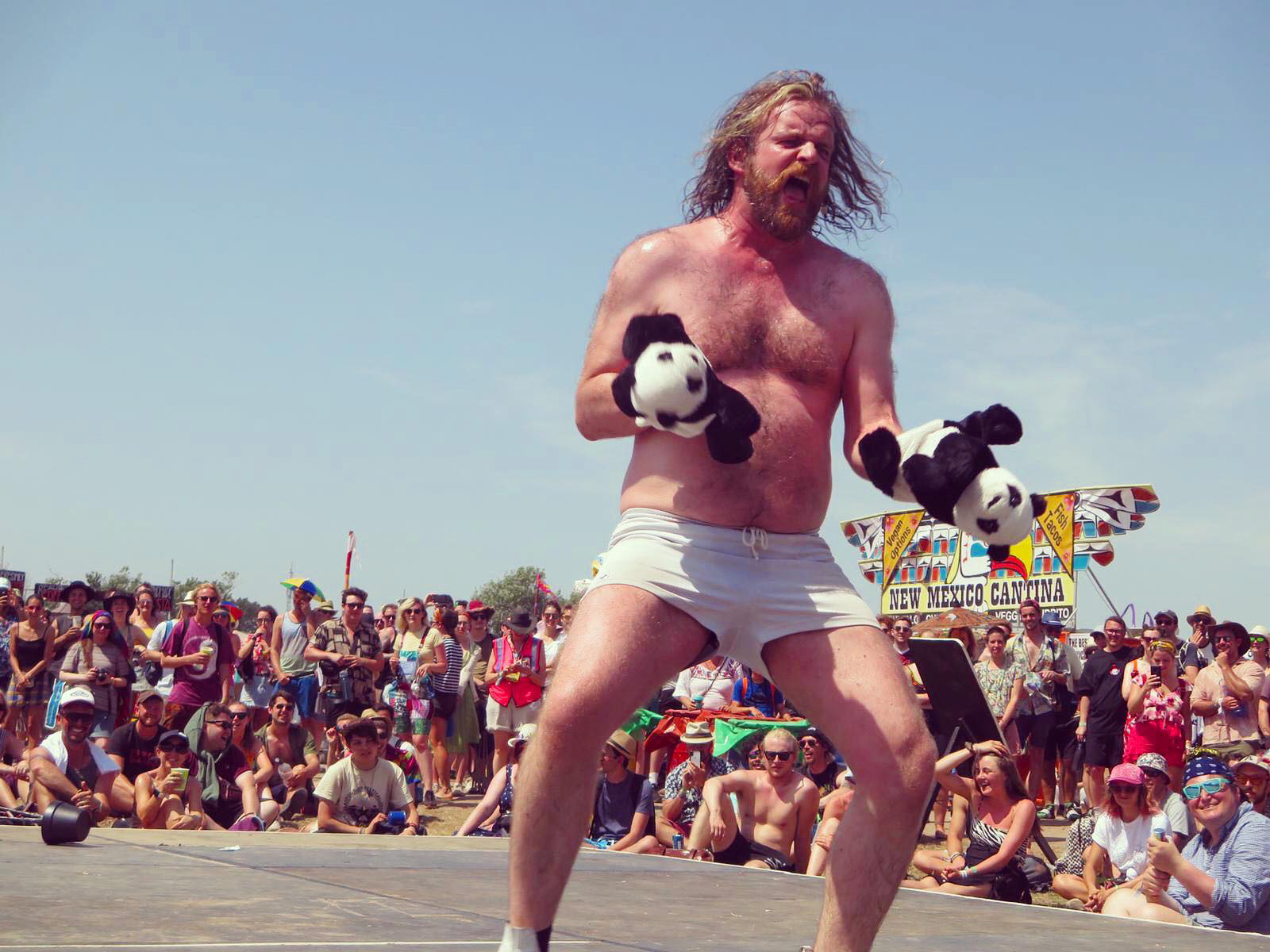 Quitting a well-paid job and an expensive apartment was the best decision Belfast comedian Paul Currie has ever made as he now prepares for his eighth season at the prestigious Edinburgh Fringe Festival.

After tentative steps on the stage Paul graduated in Art College and was coining it in before another performer convinced him to take to the stage again.

“I went to the art college and graduated in graphic design and advertising,” he explained.  In 1999 I got a proper job in Glasgow – and I hated it. Utterly hated it.

“But when I was in Glasgow doing advertising, I went through to the Edinburgh Fringe Festival, and was just getting ‘flyered’ by a performer on the streets. And we had a bit of banter and a bit of crack, and he asked me where I was doing my show.

“And I said I’m not doing a show. He was like, oh what do you do? And I said I work in advertising. And it was at that moment everything came into place. I am doing the wrong thing. I am taking the wrong path.”

Since then Paul has been developing and honing his comedy skills. 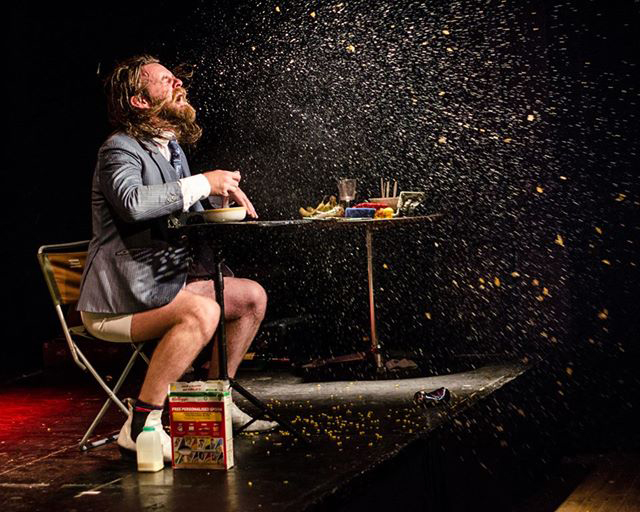 He is set to play most of the season at Edinburgh Fringe throughout August with his Release The Baboons and Trufficle Musk shows.

It’s a long way from when he did an impromptu show at Newtownabbey Tech doing a Performing Arts course.

“One of our classrooms was on the stage of the canteen hall, but there was thick curtains that blocked us between the people in the canteen and when we were getting lessons,” Paul said.

“We opened the curtain one day and thought, we’ll put on a wee thing for everybody while they’re having lunch, really bad idea. Nobody cared, because it was mainly mechanical student and hairdressing students and they weren’t interested. And I don’t blame them because they were trying to eat their lunch.

“Literally nobody looked up from their dinner.”

Paul’s journey since then has seen him quit not only his graphic design career but also a theatre course at the Coleraine campus of Ulster University.
“I gave up performing arts when it got seriously thespian, and I just walked away, because I just cannot stand actors,” he said.

His roots in comedy was firmly planted in school.

“It’s just that classic one of, that all comedians always say that they were the class clown,” Paul said. “I was always trying to make people laugh. Right from primary school. I was always mucking about. And then as soon as I got into secondary school I just got a bit louder and gained this extra confidence to be an even bigger prat in front of people.

“It was usually in the back of the bus on the way to school in the morning, and people got wind that I did accents and impressions. And I did stuff like Rik Mayall, and Adrian Edmondson from The Young Ones. And then I did voices of The Muppet Show and stuff. People would just inevitable go, ‘do your man, do your man from The Young Ones. Or do Fozzie Bear.”

From early shows to débuting at a Belfast bar Paul’s path has seen him developing a more edgy style than many comedians.

“Some of the material was massively inappropriate,” he said. “I did all these sort of like, sexist jokes, but it was all tongue-in-cheek.

“I kind of enjoyed just twisting the joke on its head, twisting that misogyny on its head, you know, from an early time.”
When Paul returned from his graphic design career in advertising in Scotland he was abandoning something many would have envied.

“It was really, really good money. And I had an amazing apartment in a beautiful part of Glasgow, and I walked away from it.

“I came back and joined the Circus School in Belfast.”

After learning new skills – including as a stilt walker he went to a few comedy clubs where he began to carve his own path, like many comedians doing five minute sets or a ten minute set.

Now Paul has developed his shows into performances that totally involve the audience. 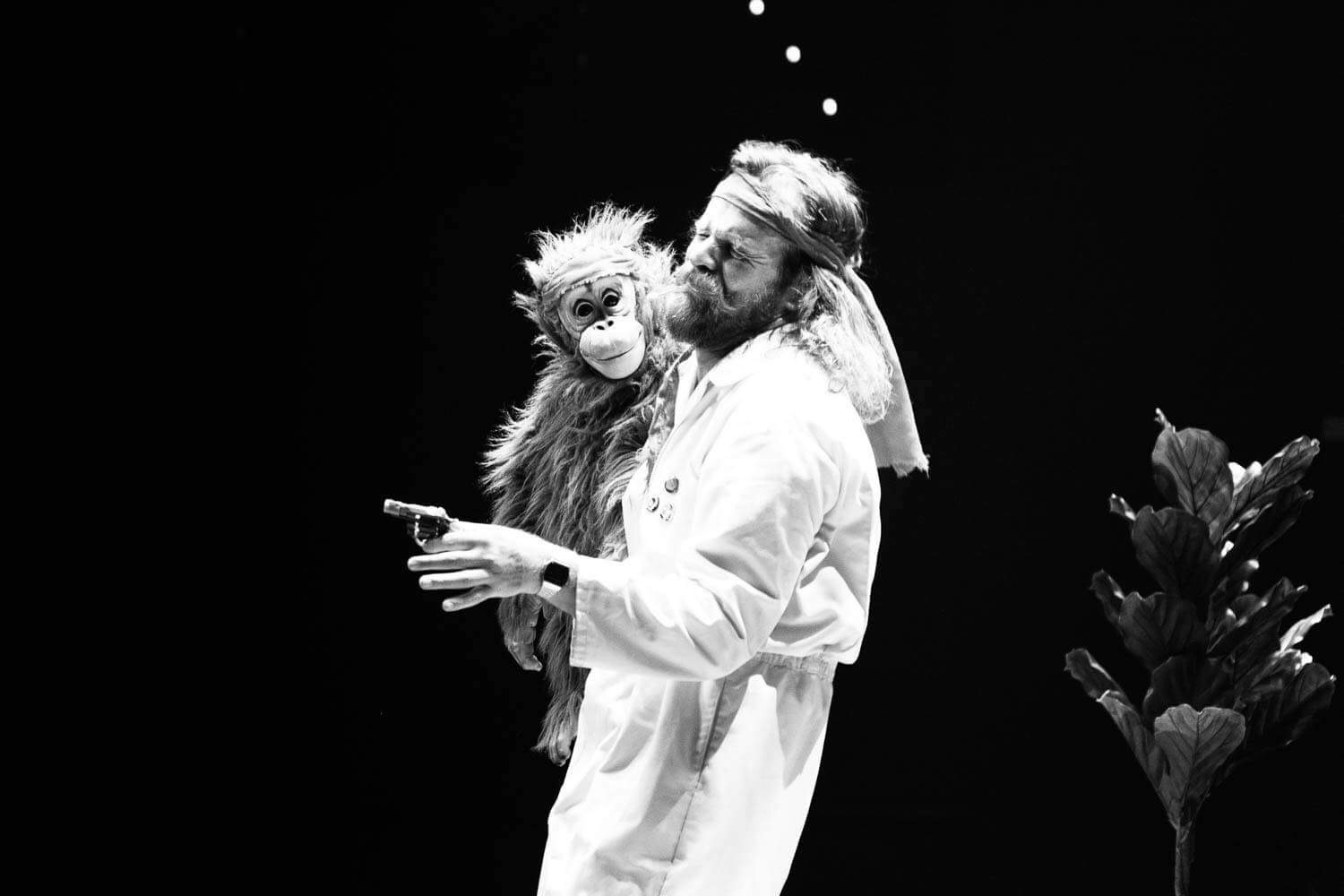 His new show ‘Trufficle Musk’ is a follow up to his last years set ‘Hot Donkey’ which won the Fringe Comedian’s Choice Award for Best Show in 2018. So audiences should be in for a treat, yet again.

“I want to give them a bit more of an immersive experience where they’re all bonding together and they’re feeling like it’s an actual experience. It’s not like they’re watching TV.

“It’s where everyone sort of gets to join in, and it’s not just about me on a stage. It’s about everybody in the whole room.

But don’t think you can hide at one of Paul’s shows.

“Don’t bother sitting at the back and think you’ll not be involved,” he said. “You can’t hide from me when I’m in full flow, because I’ll find you make you laugh and see what else you’ll end up doing.”

His other show Release The Baboons is, however, suitable for children from eight years-old and up, as well as adults. It features puppets – and is designed to help beat the fears many children and adults have of clowns and puppets with an anarchic mix of laughter and participation.

This approach to both his adult-themed shows and all-ages shows comes from a belief that there needs to be more to comedy.

“Not enough people do interesting stuff with the audience. They just get up and tell jokes. And, then they tell another joke, people laugh.

While Paul has ambitions to gain slots on the big stages and TV, such as Live At The Apollo he doesn’t think he’ll be on panel shows anytime soon – such as The Blame Game.

“They wouldn’t let most of my material go through. It’s all in the edit.”

However, it is some of Paul’s experiences and observations of society that makes his material relevant, witty and humorous, despite serious themes.

With its mixture of jokes, clowning, audience participation and tackling societal themes Paul is clear on one key part of his performance.

“At the end of the day, I just want people to have fun.”

To book Trufficle Musk or Release The Baboons go to edfringe.com or check out Paul Currie on Facebook and Instagram.  #PaulCurrieLive