Review of: Dream Ritual at The Coronet

A dance journey into the unconscious and its manifold expressions, Dream Ritual is probably the most abstract and the most relatable show you’ll see this year.

We all sleep. We all have dreams – most of us simply don’t remember them. Seeing a show that puts dreams in the foreground, and does so with exquisite inventiveness, is inspiring, refreshing and uplifting.

Dream Ritual at The Coronet (the classiest theatre in West London) is a dance show by talented multimedia artist Bongsu Park, choreographed and solo-performed by Jinyeob Cha. As we enter the theatre, the set design and background music create an other-worldly atmosphere – eerie, dreamy (quite rightly), hanging, vaporous, also thanks to the light design by Connor Sullivan. There’s a brilliant game of reflections through the multi-layered, ultra-light curtains and the glossy black linoleum that covers the floor (which, for the non-dancers, is freaking hard to pirouette on, but there’s actually relatively little pirouetting, so Cha’s performance is not compromised). 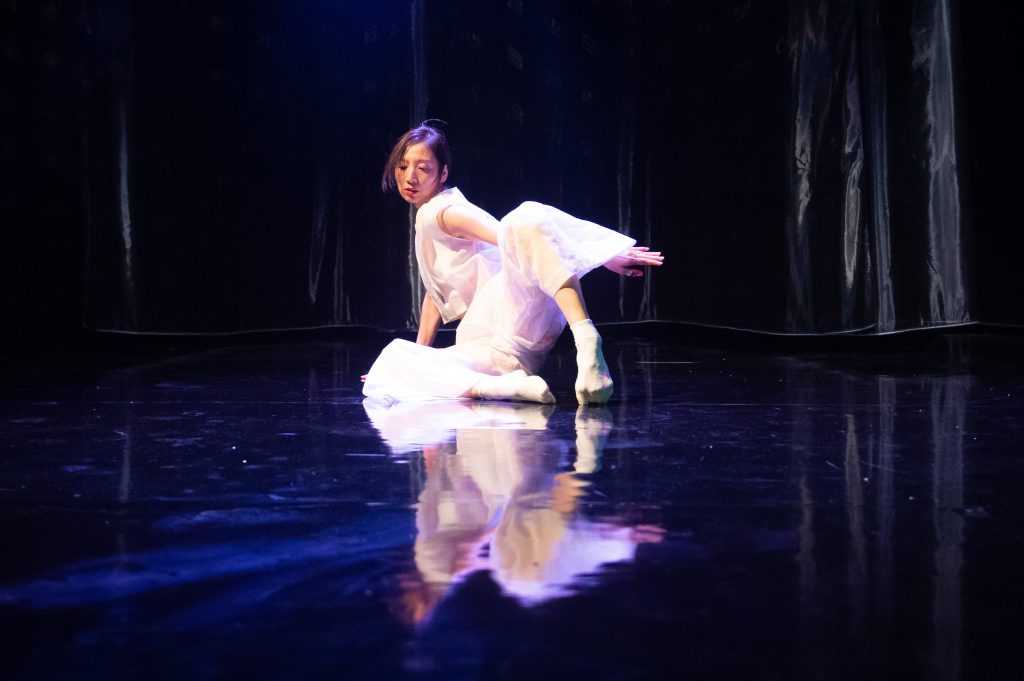 The show begins by invoking the state of sleep, playing with the concepts of breathing and heartbeat. This is straightaway a magnificent sequence, building up momentum slowly but powerfully. The experience of falling asleep, breathing slowly (boringly even), hearing one’s own heartbeat becoming more and more regular, waiting to finally fall asleep, regularly failing to establish the exact moment when this happens – all of this is brilliantly captured. And when art (whether it’s dance, theatre, performance, video, or anything in-between) pins down experiences that are by definition impossible to pin down, then it has a reason to exist.

We are then told the story of two sisters and their dreams, which taps into the ancient Korean tradition of buying and selling dreams. Having asked one of my best friends, who happens to be Korean, he confirmed that dreams have a special importance in Korean culture, much more so than in the West. Mind you, the story is pretty bizarre: there’s urinating from a mountain, a mysteriously wide skirt, a happy marriage, and subsequent offspring. The narrative element is kept to a minimum, with the choreography only loosely inspired by the narrative, while the words of the story are projected slowly on the front curtain.

Projections continue as cascades of words telling a myriad different dreams, coming together in aleatory fashion, making it deliberately tricky for us to read (but dreams are just as hard to grasp and remember, aren’t they?). That’s the sublime elusiveness of dreams. The stories are actual dreams contributed by members of the public as part of a wider project called Dream Auction.

At this point, I started to wonder what other people dream about every day. What each member of the audience was going to dream that night. In what language their dreams would be (as part of Dream Auction, dreams were submitted, and are here presented, in many different languages). Where do dreams go when we forget them (or when we don’t). What words should we use to describe them. All in all, the experience had a strong sense of shared humanity, which I thought was not far at all from the notion of sonder.

Jinyeob Cha’s performance is gentle and sophisticated. Throughout the show, the driving force of her movements seems to lie, unusually, in her elbows. This gives her moves a contained, respectful, and delicate quality. Regardless of this, she absolutely fills the stage. One of the best moments is when she steps in and out of a beam of warm light, much like we enter and exit states consciousness when we sleep. The closing sequence, featuring kaleidoscopic mandala-like shapes made out of her own dancing body, brings you back to reality with rare gentleness. 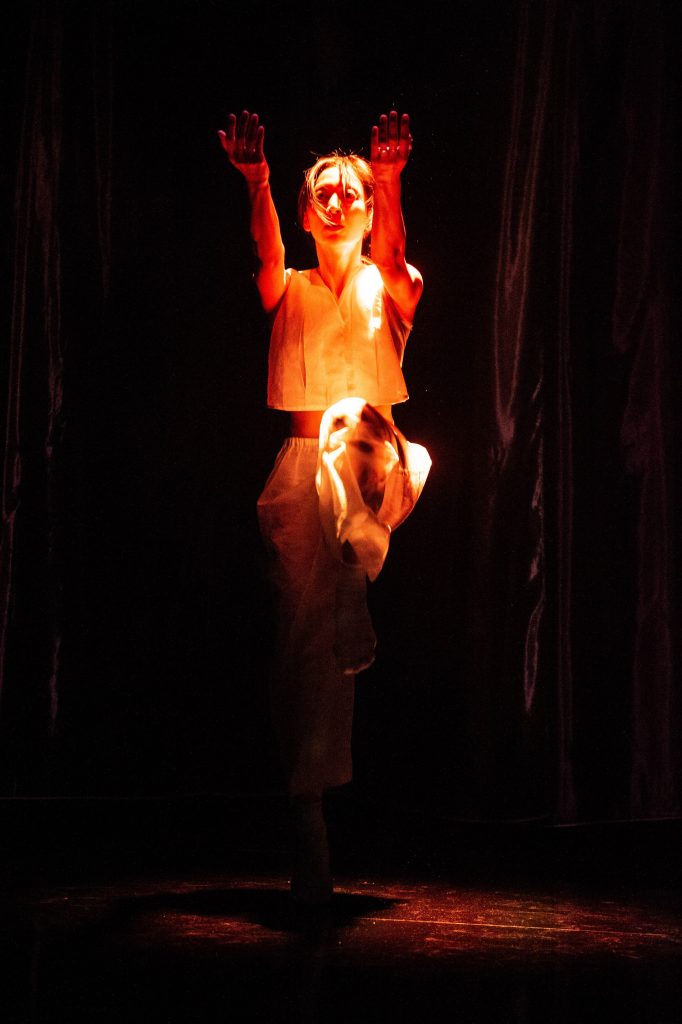 When the piece finished (after what felt an unbelievably short 60 minutes), I realised there was a further exhibition of Park’s works accompanying the show. “An exhibition! There’s more! Yay!” was my immediate reaction. Out of the three videos, Internal Library was my favourite – a profoundly moving collection of memories, also contributed by the public. Lethe felt like a danced version of Luis Buñuel’s Un Chien Andalou, mainly for its surreal aesthetics, while Cube was clever, but perhaps not quite as inspired as the other two videos.

A journey into the unconscious and its manifold expressions, Dream Ritual is probably the most abstract and the most relatable show you’ll see this year.