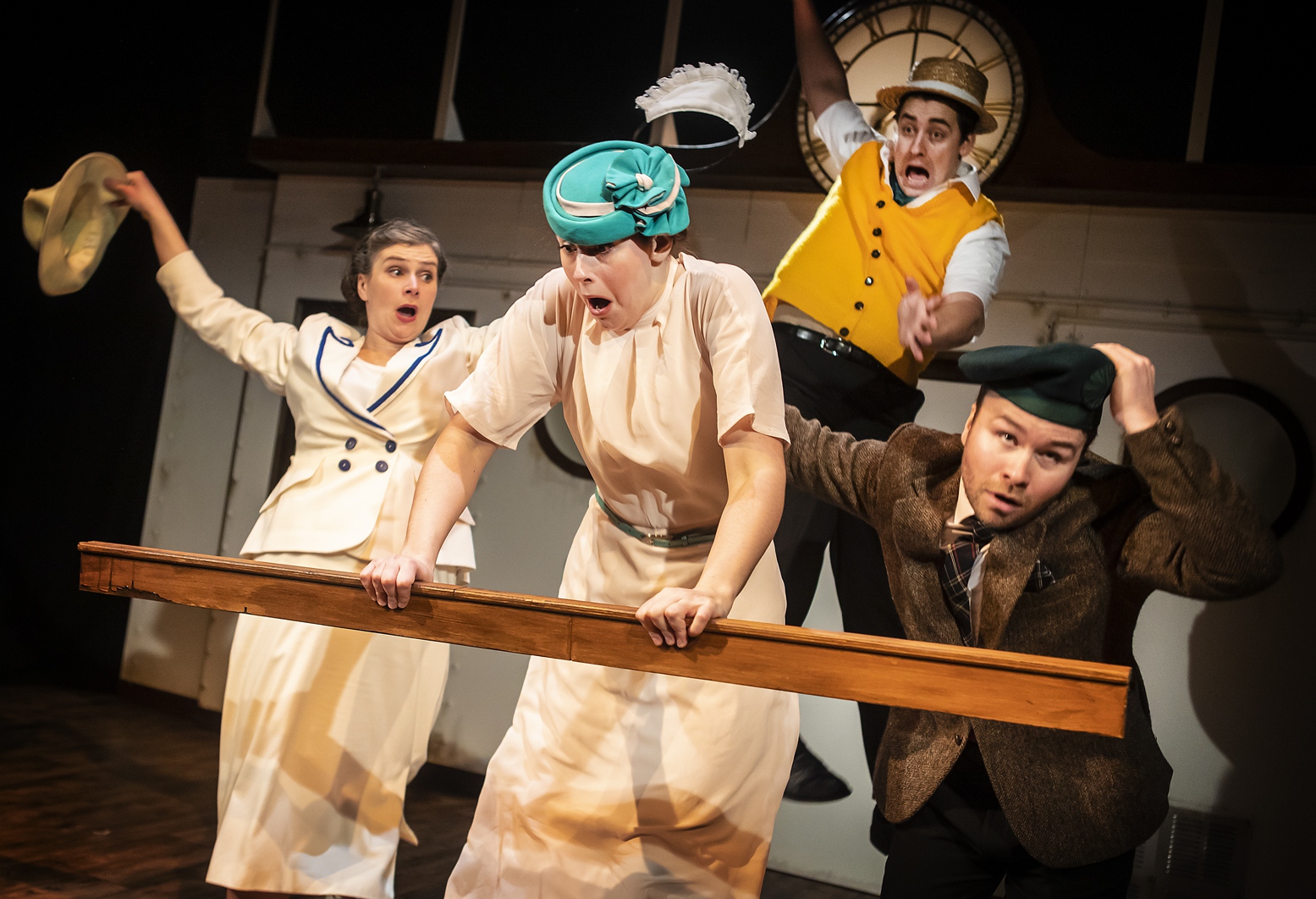 New Old Friends ‘Crimes on the Nile’ started it’s current tour in the Ustinov studio in Bath, and next week they close the tour on the main stage at the Theatre Royal. Artistic Director Feargus Wood Dunlop tells us all about this touring success.

As a touring theatre company launching a show in your local venue is a real bonus, so we were thrilled to be able to begin the tour of Crimes on the Nile at Theatre Royal Bath’s Ustinov. It’s a lovely and well-regarded venue, and one that I performed in as a young person as part of the Theatre Royal’s youth theatre. The only down side is that the rest of the tour is on the mid-scale and the Ustinov is a studio space, which meant we had to adapt the set slightly (and even build elements specifically for the opening run) to fit the cosy confines of the Usti. The pay-off is getting to bed a show in for three weeks in front of enthusiastic, and thankfully full, audiences whilst staying in your own home. 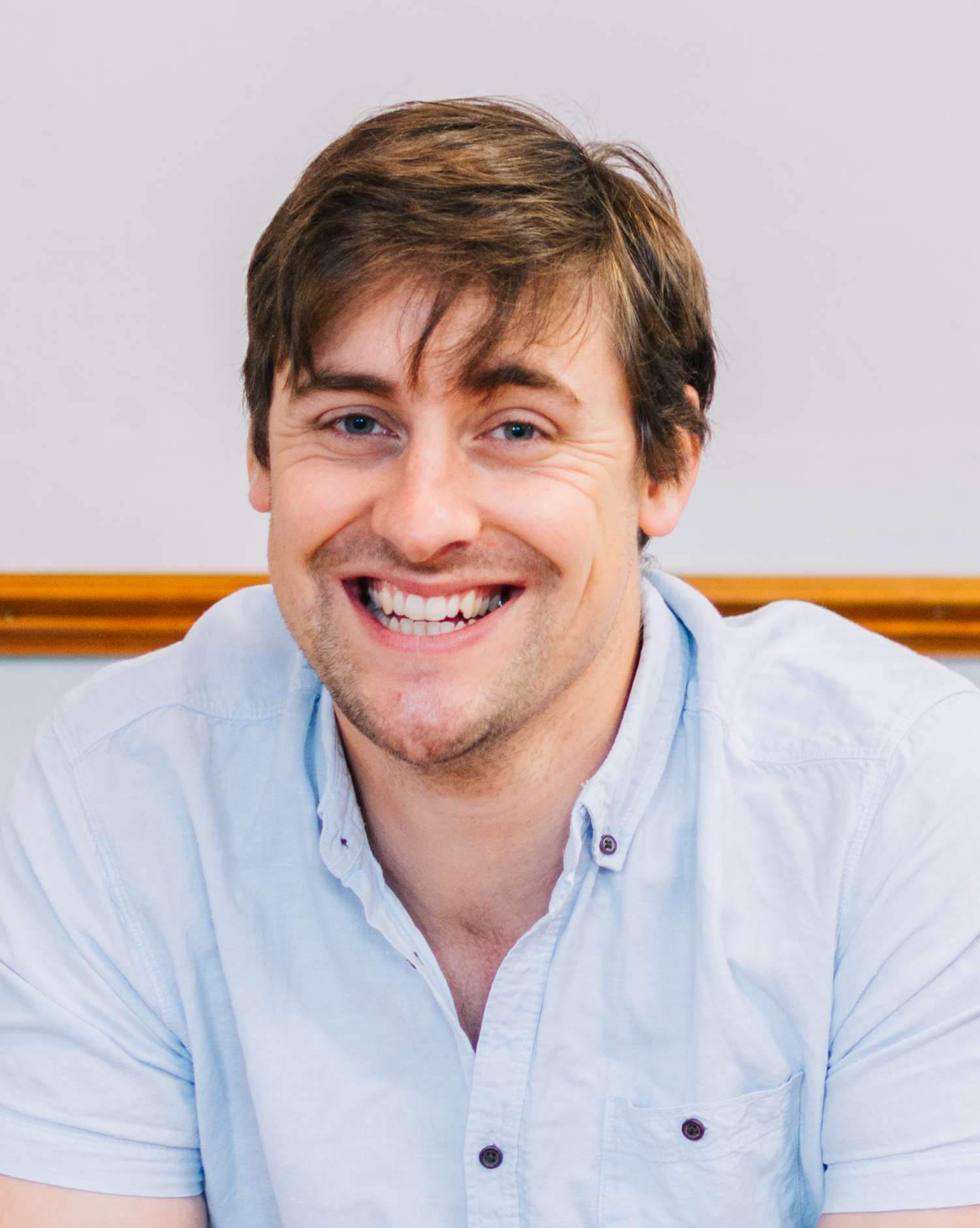 Crimes on the Nile is the third ‘Crimes…’ show to play the Ustinov after Crimes Against Christmas in 2017 and Crimes Under the Sun (now titled Crimes on the Coast) in 2018, with each returning visit extending the run; one week with Christmas, two with Sun, and finally three with Nile. It has been hugely gratifying to return each year with a new show as part of the same series, we have had many comments from audience members who have enjoyed being part of that process with us; seeing the shows develop and evolve as we get to know the space and our world better and better.

Adding a third week was a bit of risk this year, as two weeks was the longest run a visiting company had ever been awarded by the Theatre Royal Bath, so extending it to three was a truly unknown quantity. Thankfully Bath’s audiences responded brilliantly, and we enjoyed a fabulous sold-out run which filled us with confidence for the ensuing tour. But the best was yet to come.

In the aftermath of Crimes Under the Sun we had a meeting with Danny Moar (Director of Theatre Royal Bath) who gave us some frank feedback on the show. He was a big fan of the content and comedy but thought the production values weren’t where they should be. It was a fair point and one we addressed for Crimes on the Nile (and also this year’s autumn tour of Crimes on the Coast) with a much more visually impressive set.

We were keen to get Danny’s thoughts on our increased physical production on Nile, but Danny is a busy man and didn’t get to see it until the final matinee. We were nervous to receive his feedback when he asked to have a chat back stage post-show. He didn’t actually go into too much detail on the show itself, but simply asked if we might be interested in bringing the piece back to Bath at the end of the tour and playing the Main House with it.

Heather, myself and the cast held it together and looked professionally pleased until he left the room and we heard the door close, at which point bedlam broke out and drinks were had that evening. Theatre Royal Bath’s Main House is one of the most prestigious venues in the country not to mention the very first theatre I ever entered (as a literal babe-in-arms just weeks old), and the theatre company Heather & I run are going to be presenting one of our shows there. It is the culmination of eleven years hard work and an incredible honour.

Theatre Royal Bath is sometimes seen as being ‘safe’ in its programming, but the willingness to take a risk on our work, and crucially to reward when those risks have paid off is remarkable. We put a tiny show on in the egg in 2008, a slightly larger one in 2011, bigger again in 2014, then continued that growth at The Ustinov in 2017, 2018 and 2019, now we’re playing the biggest the room in the city. It’s not hyperbole to say it is the theatre of our dreams. We are excited, scared, and honoured.

Gust Post by Feargus Wood Dunlop,  artistic director of New Old Friends and writer/performer in Crimes on the Nile