A bit of context first.

I went to see Jamie Lloyd’s star-studded Betrayal the night before opening night. I believe some critics also went that night. I booked to see it months and months ago, back when tickets were released, so that I could go with a friend.

The seats cost 18 quid each, we were sat in Row E of the Balcony. I’d never seen the play before, and yeah, Jamie Lloyd mined Pinter’s text brilliantly. The way he picked out the importance of the drinks, be it the scotch, the beers, the wine, and stripped back what could have been a stuffy, furniture-laden experience was just inspired. The use of the revolve wasn’t to be showy, but to show the way that individuals slowly orbit one another, like objects in a romantic solar system.

But from where I was sat, it was to some extent a play about three people becoming more and more jaded, but in reverse. On a stone-washed squash court set. I didn’t see any of Hiddleston’s famous teardrops, the ones almost every review published has mentioned.

At best I saw his melancholic forehead as it looked whimsically into the middle distance. And then he guzzled down some wine a bit. And then there was a nice and amusing hug and the set did a fun thing with lights, which would, to the stalls audience, have probably silhouetted the cast against the back of the stage and made it all look amazing, like a final, immortalised image of kinship in its various forms. From the balcony, it sort of felt like an awkward ending and didn’t really land. 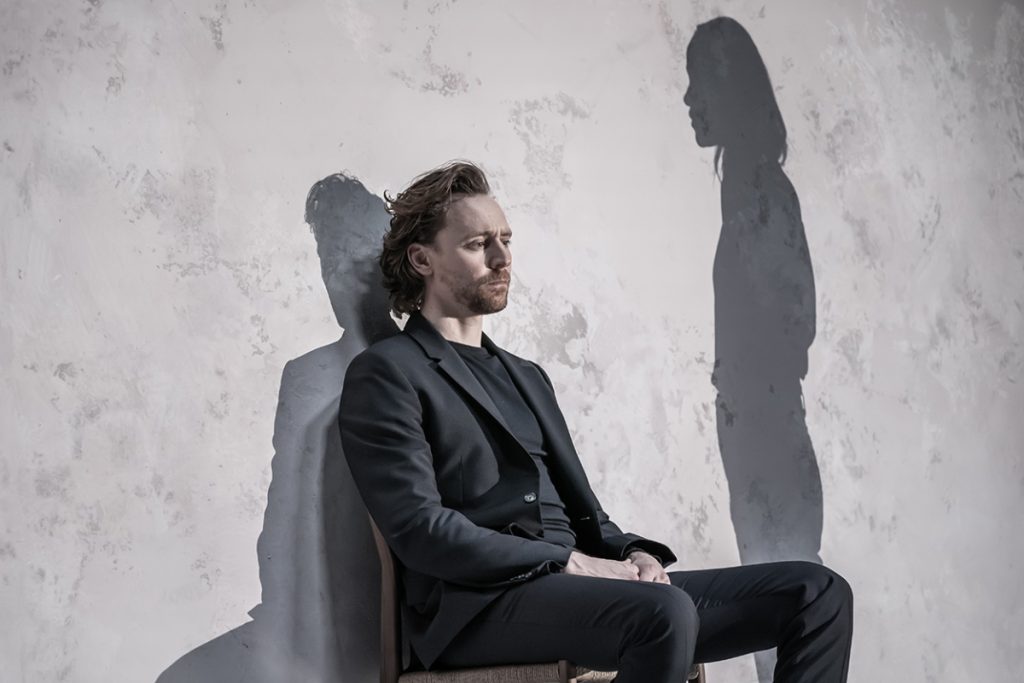 I guess this is a comment about vantage points. And where critics are placed in an auditorium.

Of course, you can only review from where you sit or choose to sit (Fiona Mountford’s 2-star take-down of Counting Sheep at the Vaults is a perfect example of this).

But the vast majority of an audience doesn’t sit where a critic does. Certainly not the ones that aren’t paying top whack, unless the venue in question has some brill access schemes or policies.

I’ve been wanting to write this blog for a while – especially after seeing Kneehigh’s The Tin Drum at Shoreditch Town Hall, where the balcony sight lines are pretty atrocious and, paying what I did, I missed about a third of the stage. Which was fascinating because, like a film director choosing where to place his shots, you had to switch focus – watch actors as they reacted rather than whatever they were reacting to. Seat choices can change the relationship between a person and a show – seeing Sweat from a standing seat at the back of the Donmar felt almost like peering into a strange petri-dish – you look down into this world, rather than feeling a part of it.

On the other hand, being sat on the very last row of the Victoria Palace for Hamilton’s opening night was an epic experience – you could feel the ripple of energy as over 100p audience members were taken by the pulses of Nevin Steinberg’s sound design, gradually building to a clamour. I doubt you’d get that same effect from the stalls.

It would be an impossible ask for set designers to design their stages and for directors to direct their plays for those in the cheaper seats, just as critics probably aren’t writing reviews for those who are way up in the royal circle. When you have huge, epic West End venues catering to all becomes an impossibility.

But I did feel a tinge of sadness at not being able to see Hiddleston’s tears, and reading all the reviews only reinforced how far away the balcony was from the action.

Maybe reviewers (myself included) should see what a 15 pound ticket experience is like – or try a standing seat. The only seats that a lot of audiences can afford. The writeup might be vastly different.

Tickets to Betrayal are available here