“There is nothing worse to do to someone than take away their worship.”

This line stuck out in Ned Bennett’s new revival of Peter Shaffer’s 1973 play Equus, about the treatment of a 17-year old Alan Strang who blinded six horses with a metal spike one evening. Incarcerated in a hospital and treated by a doctor Martin Dysart, the piece plunges into the nature of psychological welfare, treatment, parental relationships and obsessional behaviour.

1973 is a long time ago, and a lot of things have changed since then. Forays into the world of psychoanalytics and crime have had a major renaissance in recent times (shows like Mindhunter, documentary series like Making of a Murderer or even the West End revival of Frozen all took the concept to high-octane, big-budget directions). Even the treatment of homoeroticism has changed, emphasised in Bennett’s production where the horses are played entirely by sparsely-clad men, with some scenes involving long, uninterrupted straddling. You almost get the sense that Shaffer may have been making a very different sort of point about the role of homosexuality in psychological conditions back when the play first opened. Aligning criminal violence and homosexuality can be a disconcerting point to try to make.

But Bennett avoids these direct comparisons by making sure that the various nuances of Strang’s maladjustments and sexuality are played out with rich clarity. With a blank staging, Dysart (an utterly top-notch Zubin Varla) encounters those orbiting Strang’s life: his parents, his former boss, the doctor who originally treated him, each appear through Georgia Lowe’s hazy huge curtains that encompass the stage. Strang himself (Ethan Kai) is a slippery patient – always willing to undermine his doctor with snide asides and comments about his failing marriage.

The production definitely feels like a step forwards for Bennett, significantly more restrained, when it needs to be, than his previous Octoroon or Buggy Baby. He knows exactly when to leave the bells and whistles or major lighting cues (which very much defined those previous productions) at the door, letting his actors stew, ruminate and then pulling the rug out with some epic visual and technical flourishes at brief, spasmodic moments. It shows a director knowing that just because he has his toys, it doesn’t mean he has to use them.

Kai is a brilliant Strang, simultaneously guarded but always hinting an underlying desire to confess, to admit and bare all. 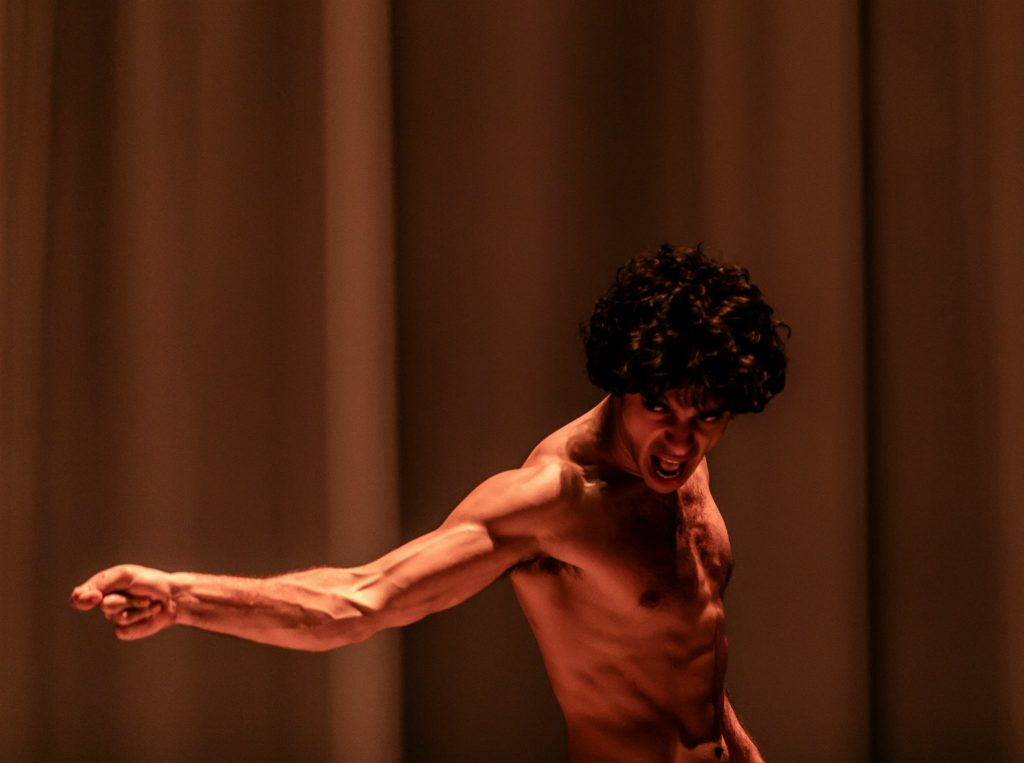 But it all comes back to that worship angle. In a crisis of confidence, Dysart contemplates the consequences of “curing” Strang – stripping off his worship of horses, of religion, of fantasy. What is left then, once you’ve destroyed someone that much?

It’s a fascinating week, with Anne Washburn tackling a similar topic in Shipwreck. Worshipping something can be completeness in obsession – to be utterly absorbed in something, religion, horses, entertainment, can mean to stay whole. It’s an unsettling suggestion, but one very much apt for the present day.

Equus is at Theatre Royal Stratford East until 23rd March. Tickets start at £10 and are available here.