Review of: Swan Lake at the London Coliseum

A good classical Swan Lake by the St Petersburg Ballet Theatre, shining mainly for the iconic roles and breath-taking music.

On paper, St Petersburg Ballet Theatre’s Swan Lake currently playing at the London Coliseum is so promising one wonders what’s the point of going and reviewing it. Acclaimed prima ballerina Irina Kolesnikova and Bolshoi super star Denis Rodkin make the opening night one to look forward to with great anticipation. While the leading roles prove as stellar as one might expect, the production relies too heavily on their performances, making it collapse on itself in the majority of the collective scenes.

Unbelievably, Swan Lake was a flop when it had its debut in 1877, with the choreography described as “unimaginative” and “unmemorable” and Tchaikovsky’s score “too noisy, Wagnerian and symphonic”. Today, it’s one of the most popular and performed ballets, with many scenes epitomising classical ballet and a truly unforgettable score. The story of magic, love, duplicity and deceit (with an optional happy ending) is here given a classical rendering. If you expect fully traditional take on Swan Lake, featuring feathers, golden palaces (especially in Act III), eerie smoke and moonlight, you won’t be disappointed.

The show works primarily thanks to the leading roles of Rodkin as Prince Siegfried and Kolesnikova as Odette/Odile. As a bonus, we get a wonderfully energetic and exhilarating Sergei Fedorkov in the role of the bouncy Jester. Throughout the show, it is the strength and naturalness of the main characters that act as a driving force. Kolesnikova has arms for days, and is terrific as both the shy, vulnerable Odette and the magnetic Odile. The Odile/Odette contrast is so marked that it’s almost impossible not to think about Black Swan. Her dancing has a bird-like quality, that speaks of the excruciating agony of surrendering to love, as well as enticing, irresistible glamour. When I was not fantasising on doppelgängers and cinema, I was completely captivated by Prince Rodkin’s expressive face, absorbing hands, effortless acting and astronomic elevations. 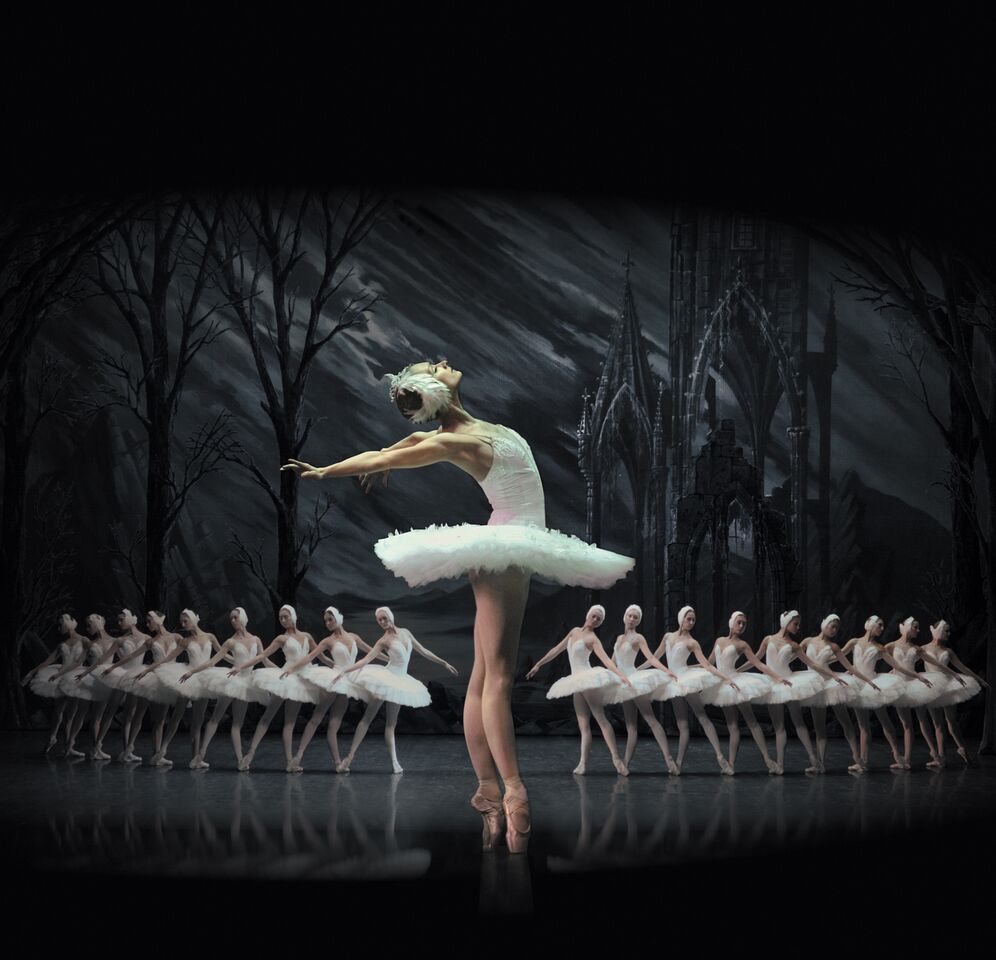 However, taking their performances away, there are not many other things inspiring or jaw-dropping about this show. The collective scenes in the palace (in Act I and III) often lack festivity and energy, and at times even precision. We do get accuracy from the corps de ballet in the lakeside scenes, which are neat and spotless, and Dmitriy Akulinin makes a vigorous and diabolical Rothbart, but all in all there isn’t much to spellbind the audience.

The music by contrast has a mellow, relaxed quality, which is unexpected, by delightful. Leading the orchestra of English National Opera, conductor Vadim Nikitin seem to indulge in smoothness, giving twist to the most glorious tunes by Tchaikovsky. It is a pleasure to listen to, and combined with Kolesnikova’s elegance we do reach moments of utter perfection. Overall, this is a good classical Swan Lake, shining mainly for the iconic roles and breath-taking music.