Review of: Maliphantworks2 at The Print Room, Coronet

Truly inventive, while remaining great for the same old reasons (light, simplicity, energy), maliphantworks2 offers the audience a series of small, precious gems, to savour in all their grace, sweetness, vitality and perfection.

Having given five stars to the last show by Russell Maliphant, I entered the Print Room full of expectations (as well as the usual awe at the sheer beauty of the theatre space). Maliphant’s second enterprise, maliphantworks2, proves just as good as the first, and leaves you with the same sense of wonder, with a hint of gratitude for being allowed to see such perfection on stage.

Maliphant seems keen on the idea that dance is much more than what we can see and experience in a theatre. In maliphantworks2, dance branches out to other media, in particular to video art. An integral part of the show is the video installation screened in the Print Room’s studio, which can be watched (and I would highly recommend seeing) before the performance. Maliphant and his long-time partner Dana Fouras are shown gracefully battling against high waves on the Atlantic coast of West Cork, Ireland. In a diptych, the two dancers do not engage in canonical dance moves per se, but their movements feel entirely part of a performance. As well as aesthetically remarkable, the piece has a calming, cathartic power, and speaks of facing life and embracing challenges with courage. A perfect introduction to the similarly poignant pieces we are about to see.

As in his first show, Maliphant presents us with four duets, which feel like a “bigger and better” version of maliphantworks. Some are entirely new pieces, like Duet, while others are reworks or developments of choreographies from the first show, such as Two Times Two and Still. The performers (Russell Maliphant himself, Dickson Mbi, Dana Fouras, and Grace Jabbari) criss-cross in the four pieces, which brings a nice sense of variety to the whole. They are all incredibly talented, and entirely suited to Maliphant’s pieces. Their arms, legs, torsos, and fingers move beautifully in unison.

The emotions stirred in the audience are highly varied. Energetic pieces are followed by intimate, tender ones, and the lyrical alternates with the dynamic. There is as much variety as we can get from contemporary dance, which gives the show an inherent fresh, multifaceted nature. 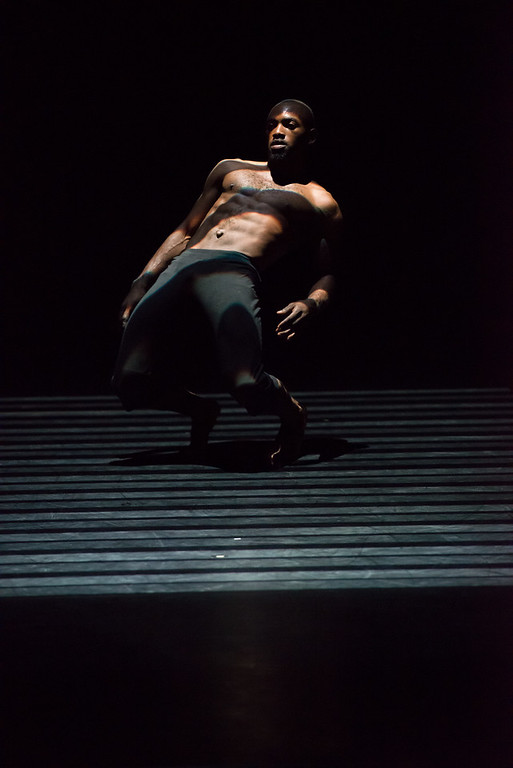 The four pieces are hypnotic, mesmerising, psychedelic, thanks also to the amazing lightening design by Michael Hulls. Rather simple in principle, the light-work gives the impression to create new surfaces and dimensions, which give the show a whole new depth. In Duet, we see the couple starting as two real bodies, then having their shadows projected onto the back wall, then becoming the shadows themselves through a light hitting them from behind. Similarly, a series of lines alternating dark and light constitute the floor of Still, which makes Mbi and Jabbari virtually dance on a four-dimensional space.

Truly inventive, while remaining great for the same old reasons (light, simplicity, engery), maliphantworks2 offers the audience a series of small, precious gems, to savour in all their grace, sweetness, vitality and perfection.