Review of: The Soul of Wittgenstein at the Omnibus Theatre

Mix together a cocky erudite, a Cockney navy, and a generous amount of philosophical and medical terminology. Spread over a simple set design, and sprinkle with sparing, but effective lightning. The result is The Soul of Wittgenstein, a sharp and dense play by Ron Elisha.

Mix together a cocky erudite, a Cockney navy, and a generous amount of philosophical and medical terminology. Spread over a simple set design, and sprinkle with sparing, but effective lightning. The result is The Soul of Wittgenstein, a sharp and dense play by Ron Elisha.

The real “soul” of the show is undoubtedly its witty script. Inspired by the historical truth which saw Wittgenstein working as a porter at Guy’s Hospital in London in the ’40s, the play tells the story of John Smith, a terminal patient of the hospital, and the famous analytical philosopher. The figure of Wittgenstein is outlined in great detail, and in a compelling way. There’s no pressing need to Google him at the end of the show, such is the wealth of information we get. The way his character and personality unfold is accurate and, at the same time, pleasantly theatrical. 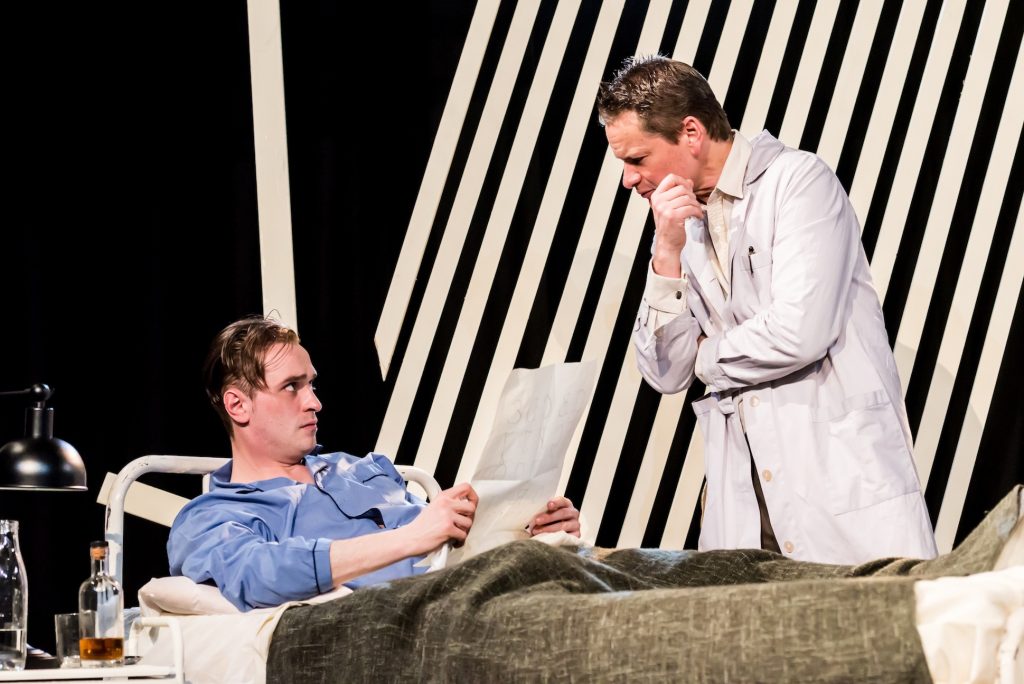 Wittgenstein and Smith embark on a journey to the limits of knowledge. More accurately, Wittgenstein is determined to draw Smith out of the darkness of ignorance (or illiteracy, for that matter) in which he is steeped. Extensive (but never boring) insights about the nature of language imbue the play, as much as they constitute the essence of Wittgenstein’s philosophy. Notions of expressability, rationality, definitions, and word games make their appearance on stage, one after another. Among others, you’ll get to hear the most ferocious and brutal definition of “cancer” you’ll probably ever encounter. While the whole thing could have ended up being a mere didactic exercise with no real soul, this is really not the case. Quite the opposite in fact. The content is made digestible, engaging, and utterly relevant. Wittgenstein’s vocation to teach is counterbalanced by the life lessons Smith is able to impart him. The two characters learn from each other, and the audience with them. 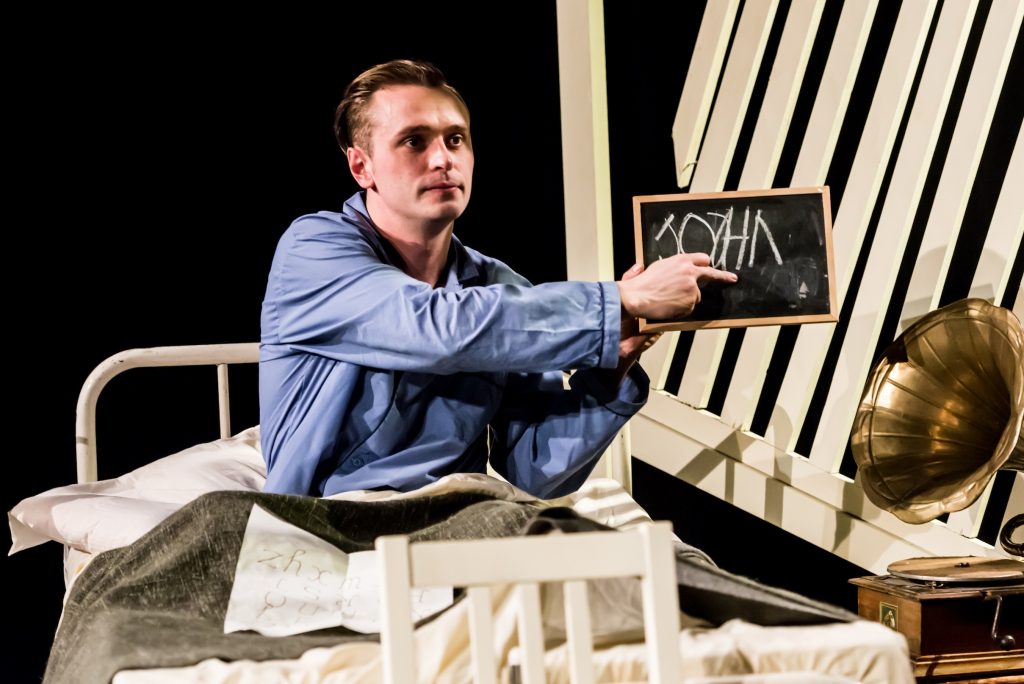 Acting-wise, we are presented with a credible Wittgenstein played by Richard Stemp, who creates peaks of humour thanks to a pedantic tone and lively eyebrows. Ben Woodhall also does a good job as John Smith, his cockney accent being probably his most successful feature. The two performances match up the richness of the plot, and yet I felt the first half was more inspired, more convincing, and almost more soulful than the second. What the direction of Dave Spencer really nails are a few short, quick transitions, for example the lengthy reading of “War and Peace” presented with different passages read by multiple voices: simple, yet incredibly powerful.

Normally, a philosophical play such as this wouldn’t require a particularly elaborate set design. And yet. There was something incomplete, mismatching even in the juxtaposition of the hospital bed and the abstract-ish wooden structure behind it. A cage symbolising the oppressive and restrictive power of language? A handful of beams serving as a metaphor for the immateriality of thoughts? While being prompted to ask one’s self these questions could be in itself a positive thing, during the show the sense of incompleteness and mismatching remained.

All in all, The Soul of Wittgenstein is a play with a soul. A philosophical journey to the boundaries of philosophy itself, expounding the priceless value of the pursuit of knowledge, and our ability to reach it in ways that go beyond our minds alone.

The Soul of Wittgenstein is currently on at the Omnibus Theatre, until 25th February, at 7.30pm. Tickets can be purchased on their website.