The Unicorn Theatre is delighted to announce the appointment of Justin Audibert as the company’s new Artistic Director.  Justin will take up the position in summer ’18, taking over from Purni Morell who steps down as Artistic Director this spring after nearly seven years in the role. 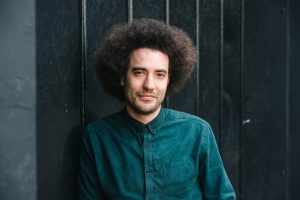 Justin Audibert said, “Under the leadership of Purni and Anneliese, the Unicorn has flourished as one of the most innovative, provocative and international theatres in the UK. It has become a crucible of experimentation, not afraid to ask the most difficult questions about how we live in an ever changing world. I feel privileged to be building on this wonderful legacy and can’t wait to work with the brilliant team to make the Unicorn a creative home for the most talented artists working in theatre today.  Above all else though, I feel incredibly excited and honoured to be leading our inspirational audiences on what I am sure will be an exhilarating journey of discovery, to imagine other possibilities and to explore new worlds.”

Justin’s most recent directing credits include The Box of Delights for Wilton’s Music Hall in Christmas 2017, and for the Unicorn Theatre Chris Thorpe’s searing adaptation of Beowulf and Holger Schober’s My Mother, Medea.  In February Justin will open The Winter’s Tale in his new version for young audiences at the National Theatre, and August ’18 sees him directing Frances Ya-Chu Cowhig’s Snow in Midsummer for the Oregon Shakespeare Festival, which he originally premiered at the RSC in 2017.  Justin’s programme for the Unicorn’s stages will kick off in May 2019.

Alongside his wide ranging directing work, Justin wrote and presented the BAFTA nominated BBC Live Lessons on Shakespeare for younger audiences and he has taught and directed widely at universities and drama schools in the UK, the US, China and Brazil.

John Langley, Chair of the Unicorn Board said, “Justin is well known to the Unicorn through his recent productions of Beowulf and My Mother, Medea.  It is difficult to think of two classic works of literature that in recent years have spoken so vibrantly and without condescension to audiences of young people.  As Chair of the Unicorn, I am thrilled to welcome him to the team; as a theatregoer, I am intensely curious to see the work his directorship will bring us.  Above all, I am confident that Justin’s range of experience and radical vision will take all of us who love and value the Unicorn to exciting new places in the years to come.”

Justin Audibert was an undergraduate at the University of Sheffield before going on to receive his MFA in Theatre Directing at Birkbeck, University of London, in 2008.  Following early roles on placement at West Yorkshire Playhouse and Assistant Director at the RSC, he has directed numerous productions. In 2012 Justin was the recipient of the Leverhulme Award for Emerging Directors from the National Theatre Studio.  He directed The Tempest in London and New York as part of the Cultural Olympiad in 2012, and assisted Greg Doran on the opening programme for the Royal Shakespeare Theatre in 2010.  Other notable credits include the European premiere of Gruesome Playground Injuries by US playwright Rajiv Joseph in 2013 at the Gate Theatre, and The Jew of Malta for the RSC in 2015 starring Jasper Britton.