Review of: The Birthday Party at the Harold Pinter Theatre

Price:
From £15
Reviewed by: Anna Zanetti

60 years on, Pinter is still perfectly able to shock, amuse, and inspire horror in his audience.

My knowledge of Pinter was limited to a handful English Literature classes on the topic, back at sixth form. What remained from them was only very vague memories – anger, sharp dialogues, everyday life situations, and something to do with menace. The Birthday Party proved the perfect way to get (re)introduced to Pinter; in fact, it is a great chance for anyone to do that, as well as to experience some unparalleled theatre.

This production of The Birthday Party is the first UK re-staging of the play in 10 years. The enterprise undertaken by Sonia Friedman Production was one worth taking: 60 years on, Pinter is still perfectly able to shock, amuse, and inspire horror. In his plays, and perhaps especially in this absurdist one, the question is not so much ‘What happens?’, but ‘What happens to the audience?’. An awful lot, you can trust me on that. 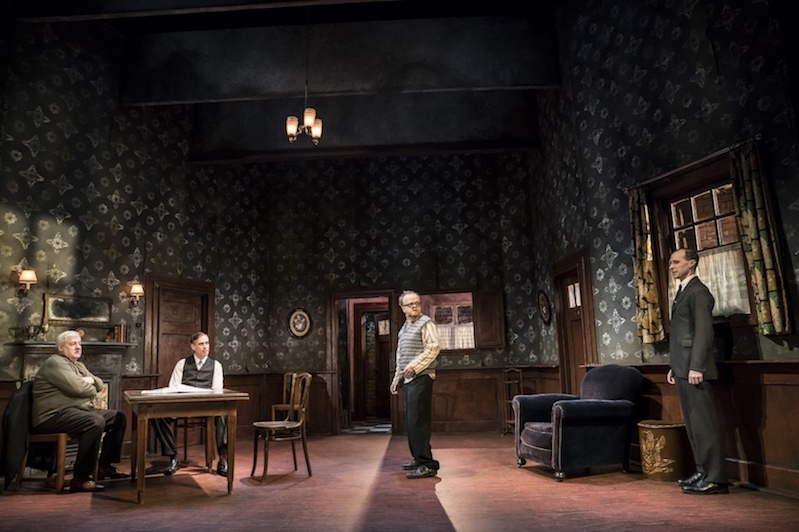 The famous comedy includes an mixture of plain humour, dark humour, and dark scenes. In this version directed by Ian Rickson there is much comic content, and laughter among the audience is more abundant than anticipated. With the second act shifting more decidedly towards the unexpected and unsettling, the effect is all the more impactful, creating a sharp contrast between the humorous and the startling.

Contributing to the success of the show is the indisputably stellar cast of the production. A compelling, magnetic Stephen Mangan in the role of Goldberg; a (dramatically speaking) ductile Toby Jones as Stanley; and a phenomenally awkward and fragile Meg (Zoë Wanamaker) make the show. Also to note is the performance of Tom Vaughan-Lawlor’s as McCann, played with memorable physicality, fluid and sharp at once, which contributes to conjuring up a disturbing sense of uncertainty. 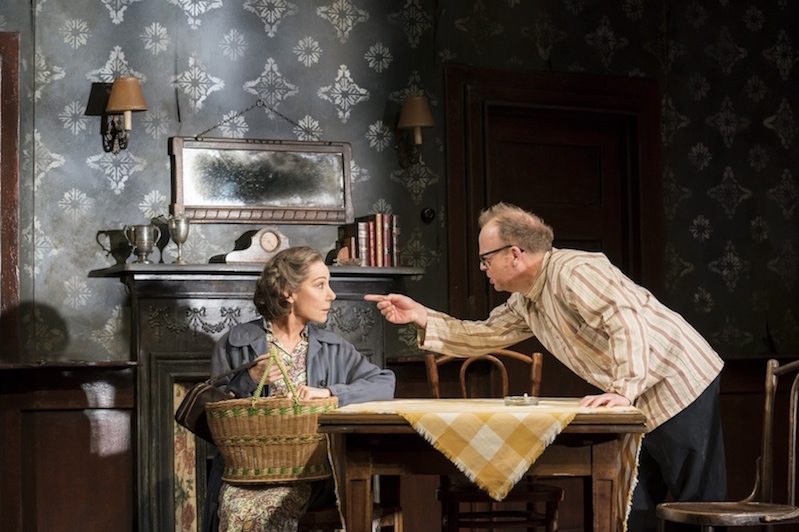 In a world of post-truth and fake news, the unpredictability and lack of answers we get from The Birthday Party have a special resonance. These are delivered with a cinematic aesthetic, achieved by both the talented cast and the clever, airy set by the Quay Brothers, complemented by the right touches of lighting by Hugh Vanstone. An impeccable production overall – strong, grotesque, mind-numbing.