Review of: Parliament Square at the Bush Theatre

With a lot of gasps and abundant food for thought, Parliament Square is at once distressing and lucid

Parliament Square has the rare capacity of keeping the audience engaged from the first line through to the very last moment. With a few several a lot of gasps in between and abundant food for thought, this new play by James Fritz is at once distressing and lucid.

The Bush Theatre proves once again an exceptionally versatile theatrical space. A surrounding audience is what a play like this really needs: our eyes can follow the action taking place on the bare stage from all four sides of it. The space also represent the “public” dimension of the play, the public resonance the events are aspiring to. Enlivened by Jack Knowles’s stunning lightning design and effects, the minimalist set puts the main focus on action and movement. 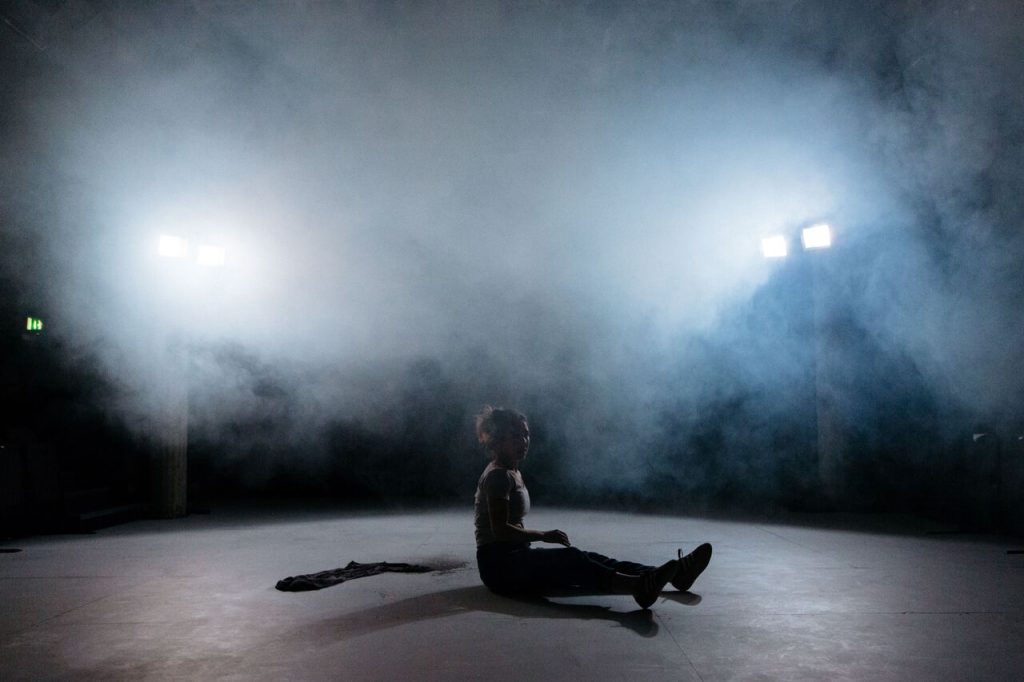 Esther Smith (Kat) in Parliament Square. Photo: The Other Richard

Kat (Esther Smith) is wife and a young mother. Leaving everything behind, one day she decides she’s ready for a life-changing gesture. Her action, however, has repercussions on both more and fewer people than she originally intended. We spend the first half of the play wondering what she’s going to do, and the second half wondering why she did it. The beauty of it is that by the end, we simply stop wondering, as the play gives enough to process anyway.

Tricky to say more without spoiling, the only thing you need to know is that tension is mastered wonderfully throughout: there is not a single low moment – everything is played out with admirable cohesiveness. Supported by the strong acting, the pace is rapid, engaging, and never dull. Director Jude Christian hits an optimal balance between light humour and nerve-wracking tension.

Smith’s performance is what gives life to the show, peaking in particular at her reactions to physical pain. Next in line is the rest of the cast, with Damola Adelaja as a tenderly loving husband (a refreshingly fragile figure) and Kelly Hotten as the annoyingly motivating physiotherapist. 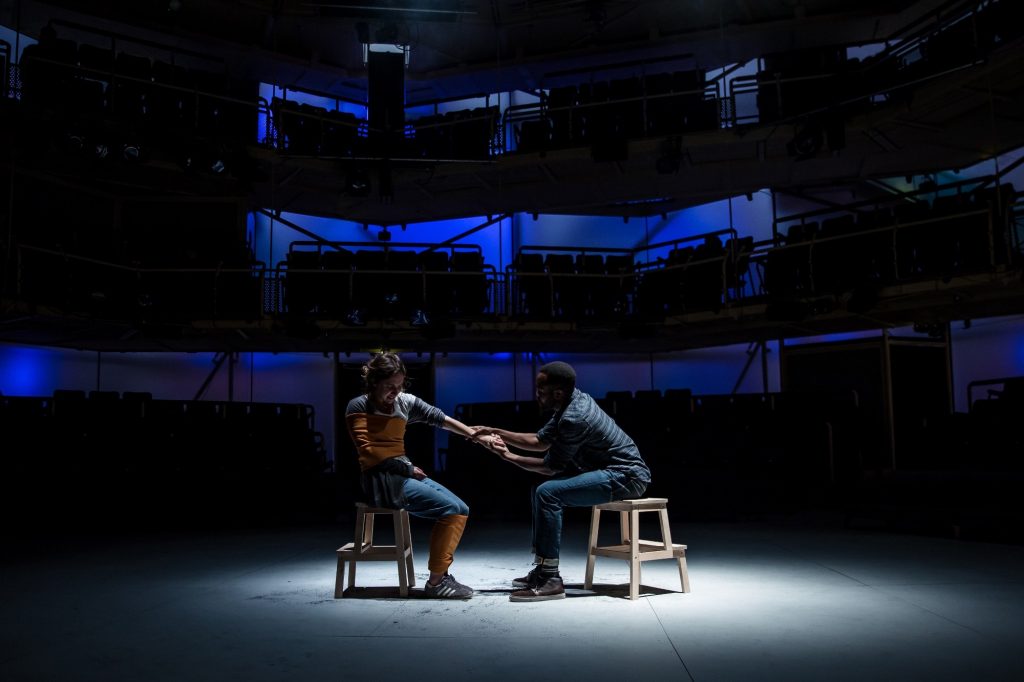 This co-production between the Bush Theatre and Royal Exchange Theatre ticks all the boxes: relevant, cleverly directed, inspiring. A must-seen for people who care about life.

Parliament Square runs at the Bush Theatre until 6th January at 7.30pm, with extra Wednesday and Saturday matinees at 2.30pm. Tickets can be booked by phone (020 8743 5050) on their website.