Henley will be joined by a male actor (casting to be announced), to perform the series of five gender-neutral monologues on subjects as diverse as refugees, millennial anger, and interstellar travel. All five monologues will be performed by each actor over the course of the run, but which actor performs each individual monologue will alternate night-to- night. 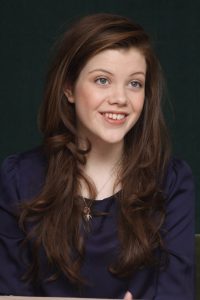 A spaceship hurtles towards a black hole. A book-loving couple flee a burning city. A bloodshot eye conjures up kisses and wild animals.  Angry is a menacing, magical, and darkly comedic collection of stories that vibrate with the lingering unease of our times.

Philip Ridley developed Angry over a four-year period in a close partnership with director Max Lindsay. “Phil and I started exploring things that made us, well angry, and the play sort of grew out of that.” says Lindsay, “We were drawn to this idea of what it means to be a man and to be a woman in the modern world, and where the differences are. Having the same words said by both a man and a woman over the course of the run will give the audiences the chance to see the how the same events can have a very different impact. What’s incredible is how relevant Angry feels today. Phil wrote it before President Trump, Weinstein and#MeToo but it feels like it could have been a direct response to current events. He’s always a dozen steps
ahead of the rest of us, it’s part of his genius.”

Georgie Henley shot to worldwide fame aged eight when she was cast as the lead, Lucy Pevensie, in the
Oscar-winning Chronicles of Narnia series. She took time out of acting to study English at Cambridge before
returning to star opposite Ella Purnell in indie film Access All Areas.

The show is being produced by Tramp, whose Offie-nominated production of Tennessee Williams’ Confessional broke Southwark Playhouse’s box office record last year for their studio space, The Little. Jack Silver, Artistic Director of Tramp, said: “It’s amazing to be back at Southwark Playhouse with such an incredible piece of writing. When I first read it I was just blown away, but it wasn’t until we started auditions that I realised quite how incredible Phil’s writing is. Seeing so many actors give their take on the monologues was mesmerising. It gives the actors a blank canvas and yet there’s a magnetic rhythm to the words.

“Having seen the Narnia films I was expecting Georgie to be good but obviously I’d only seen her play one character,” says Silver, “But she absolutely blew us away in both her auditions. She’s a major acting talent and I think audiences are going to be surprised at just how mature and versatile she is. It’s incredibly exciting to be able to be involved in her professional stage debut and to bring Max, Phil, and Georgie’s phenomenal talents together. I have a sneaky feeling the audience are going to tell their friends ‘I was there!’ in years to come.”