Emerging playwright Carguil L. G. Webley has his first full length play, Shadows, opening this week at Teatro Technis. Shadows tells the story of three inmates at Winson Green Prison, Birmingham, and takes on the problematic interplay of race, crime, family, and culture in the United Kingdom. Carguil himself has performed with both the National Youth Theatre and the Youth Music Theatre, and facilitated workshops in drama and music around the UK, with Mind charity, the Oxford Playhouse, and the Birmingham Rep. He’s currently working towards an MA in Creative Writing (Screenwriting and Playwriting) at City University London. In between all this and rehearsals for Shadows, we caught up with him to find out how it’s all going.

How are you doing? How are rehearsals going for Shadows?

I’m doing great thank you, a little anxious to be putting on my first full length play in less than a week’s time, but it’s really exciting. Rehearsals are going well. The director, Kevin Michael Reed, is doing an amazing job of bringing the text to life and the actors (David Monteith, David Isiguzo, Pharaon El-Nur and Troy Richards) are a joy to watch. Being in the room and watching the process can be stressful, but also (when it hits right) so exciting! 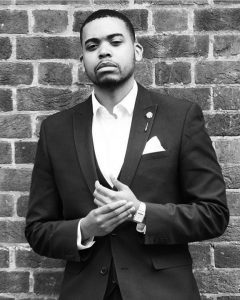 The play focusses on the lives of black inmates in Birmingham. Why did you feel it was an important story to tell?

I grew up on the Lyndhurst council estate in Birmingham. This introduced me to an eclectic mix of people and personalities who definitely helped to shape my imagination when writing this piece. Despite not having the greatest physical attributes when I was younger, in a search for acceptance amongst my peers, I would get into scuffles, sometimes with boys much bigger than I was. I didn’t win many of these, maybe one or two, but now I know this was all a subconscious attempt to prove my worth and fit in.

This notion of worth can be applied to black culture as a whole. A subjective list of unwritten rules and regulations seem to qualify an individual to be a part of it, yet I’m intrigued to know how something so important amongst a particular ethnic group can have no real consensus.

I feel this story raises questions around Black British cultural identity. In our ever-evolving world ideologies, adopted behaviours, and ways of thinking, continue to differ from generation to generation. Shadows highlights the need for belonging, and how cultural expectations impact the way we view ourselves and others – which can then lead us to become detached from basic humanity. In particular, the piece explores three black inmates who, from the outset, appear to be of a oneness due to their skin colour, however this is one factor amongst others, that prevents them from connecting in the way society might expect.

What do you want audiences to take away from the production?

I hope that the audience will see beyond the physical presence of each character, and find truth in each of their individual struggles for peace. Each of the characters has very human values, and before they are black they are human. There will be something for anyone to identify with irrespective of race, social or political status. I think that audience members will make an initial assumption as to what they think the piece will consist of; I hope that by the time they leave the theatre, they are pleasantly surprised and have been introduced to a new way of thinking.

What have you learnt about yourself as an artist over the course of producing this play?

I have learnt a lot about my own method of working. I enjoy receiving feedback on my work and see criticism as the key to strengthen and develop my work further. Kevin and I spent many hours discussing the various drafts of the script, the character journeys and meaning behind the piece. He challenged me to go deeper. Sometimes I went home from those meetings feeling defeated. There were many sleepless nights where I couldn’t figure out how to piece the story together and make each event make sense in the character’s journey. Over twenty drafts later, we’re finally here.

It’s taken me a little over a year to write this piece, and although it sounds pretty sombre, it’s really not all doom and gloom! This has been an amazing experience and I hope people enjoy watching the piece as much as I enjoyed writing it.