Review of: How to Win Against History

How to Win Against History is panto with all the trimmings. Not the kind of pantomime that makes you laugh constantly, shamefully, uncontrollably. More the kind of pantomime featuring puns that steal you a smile, mimics leading to a composed giggle, and repetitions that are admittedly too fun not to laugh.

One of the coolest things about the show is the perfect consonance between genre and protagonist. At the other end of the spectrum you might imagine a tragedy about Eeyore or Pierrot – something that kind of works, for intrinsic reasons. Extravagance, frilliness, and folly are the main features of Henry Cyril Paget, the historical figure (!) at the core of this show. 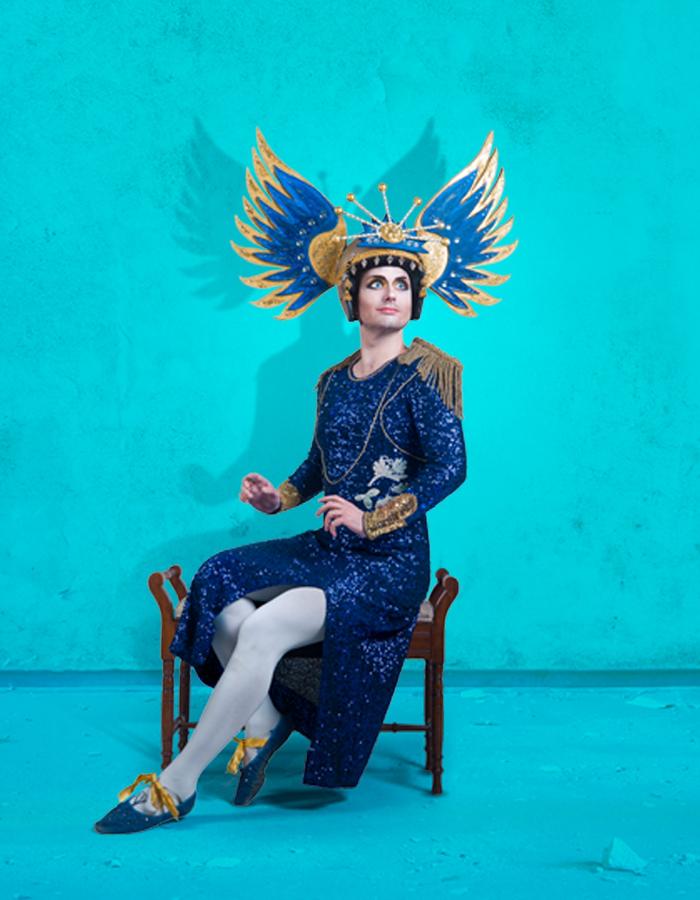 Apparently, he was 5th Marquis of Anglesey and died at the age of 29, after leading the most aesthete of lives, all theatrical productions and lavish clothing. Regrettably, very little is known about the real Henry, also due to the damnatio memoriae performed by his relatives, who didn’t approve of his extravagant conduct. Crucially, Seiriol Davies decided that, because history is written by the winners, he had to write a musical about Henry. The sort of thing Henry himself wouldn’t have minded at all.

The bizarrely biographical plot reflects the Marquis’s main interests: a great part (the most successful part) is devoted to his staged plays. Other chapters include his courting of Lilian, his travels to Germany, and (spoiler alert) his death in Montecarlo. In all this, the musical creates a solid aura of glitter around Henry. As the events unfold, the instinct to Google “Henry Cyril Paget” becomes almost irrepressible. Inherently funny, How to Win Against History is also, in a way, kind of informing. 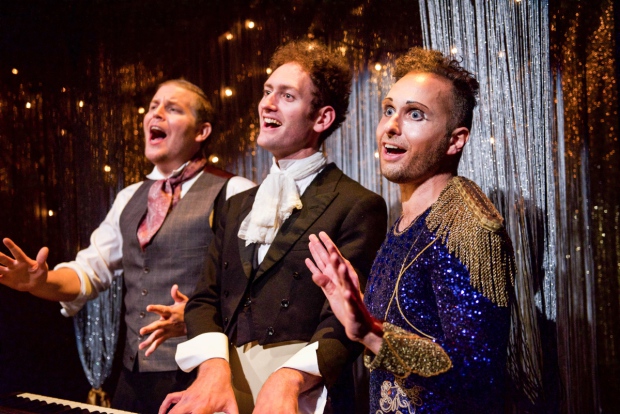 Henry (Seiriol Davies himself) is the star of the show. However, while his shiny performance is well delivered, I felt equally spontaneously attracted to the rest of the cast, and thought the supporting actors (Matthew Blake and, especially, musical director Dylan Townley) just as fabulous and comic. That said, Davies’s wide-open eyes, half-open mouth, and openly histrionic temper are hard to forget.

A small stage is enough to accommodate this energetic, but agile drama. Movement seemed to need some polishing, and I was expecting a few more costume changes from an over-the-top cross dresser. At any rate, the show works and, with charm and wit, it wins.