Our Features and Interviews editor, Charlotte Vickers, rounds up her opinion on some of the best articles written throughout the industry in 2017.

It’s been a tumultuous year in the theatre industry, with upheavals and news around (it seems) every corner – but, as per, the arts journalists have risen to the occasion and been on hand to respond. Here I’ve summed up the best theatre related articles of 2017, from the hard hitting journalism to the slightly more lighthearted. 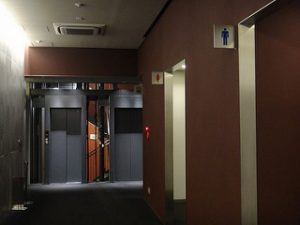 “Decent theatre loos should not be an optional extra” by Natasha Tripney, The Stage, 17th January

“It’s about recognising and addressing the needs of your audience. It’s about making your theatre welcoming to pregnant women, people with medical conditions, mobility issues, invisible disabilities, older people – or simply those people who haven’t conditioned their pelvic floors via the Ostermeier method.”

What is the role of theatrical journalism? Well, if it’s to affect change, it may seem that this piece from early this year did the trick. The openings of the Bridge and the Victoria Palace theatre have been the talk of theatre-land, and one thing that everyone keeps commenting on is, in fact, the toilets (if you’re interested, I think that the Victoria Palace has won this round – slightly less space-age, but even shorter queues). In this piece, Natasha Tripney makes good points about why audience comfort genuinely needs to be a top priority in theatre. I find it too easy to forget that just because I’m able to contort my body into strange positions in the cheap seats doesn’t mean that everyone should have to, or even is able to. 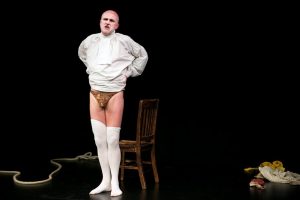 “Who Will Be The Next Artistic Director at the Globe?”, from the TheatreBubble team, TheatreBubble, 17th April

“Theatre Bubble has had some beef with the Board over this issue, but to show we hold no hard feelings we’ve prepared for the Board a handy breakdown of the CVs of the most likely candidates. We also stuck a few curveballs in at the bottom to keep you all entertained.”

Before the announcement of Michelle Terry as Artistic Director at the Globe, the TheatreBubble team had some really helpful suggestions. I’m a little gutted that they didn’t go for Tim Crouch, personally. At least we’ve got a back up plan for if Michelle Terry’s term doesn’t go well, although of course hope that it does! 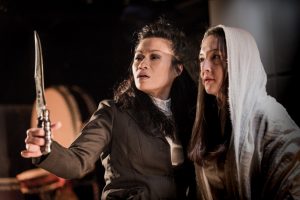 “Diversity is the real winner in Arts Council England’s new round of funding” by Lyn Gardner, The Guardian, 27th June

“the tilt is definitely in the right direction, not just in terms of geography and diversity, but also in the move to support more grassroots arts organisations such as Doorstep Arts in Torbay, Strike a Light in Gloucester and Heart of Glass in St Helens. They are theatre’s future.”

Remember Lyn Gardner’s theatre blogs with the Guardian? It feels like an age ago that they were cancelled in a paper wide reshuffle, and it’s tempting to try to put all of the last few that 2017 had to offer in here. I think that one of the best was this hopeful piece on this years’ ACE funding. As with the rest of society, there have been cuts all round, but here Gardner revives hope and shows us how excitingly diverse and brilliant British theatre can be – and the outcry and response to her blog being cancelled was also a pretty hopeful sign. 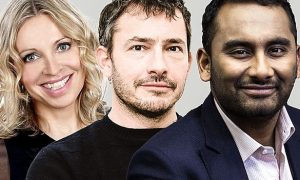 “The Front Row presenters wouldn’t be this dismissive about football, why are they about theatre?” by Sarah Crompton, WhatsOnStage, 20th September

“British theatre is a vital engine of this country’s creative life. Without its power to uncover and develop talent both on and off stage, TV viewers would not be watching Doctor Foster, written by a playwright and performed by two seasoned stage performers. Hollywood would lack its Doctor Strange without the work that Benedict Cumberbatch put in learning his craft on stages where audiences perched on uncomfortable seats because his performance had taken him to the edge of them.”

We’ve already mentioned Lyn Gardner’s popular theatre blog getting the axe at the Guardian early this year, but there was more to come in disparaging arts journalism (and the arts journalism that then disparaged that disparagement, and so on…). When the new Front Row presenters said in a Radio Times interview that they found theatre “stressful”, the industry’s response was less than pleased. In this piece, Sarah Crompton offers a slightly more hopeful outlook for the presenters, and reminds us of the relevance theatre maintains today. Hopefully we will see a positive response to this in Front Row next year, and they’ll take theatre slightly more seriously than they’ve implied they might. 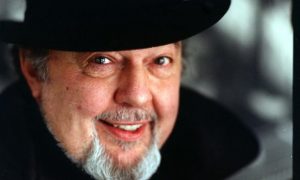 “For all that he came to stand for in theatre’s past, he was once its future. In remembering him, rather than remaining in thrall to what he left behind, we should celebrate the changes he caused. To me, Peter Hall was the past, but, before that, he was a pioneer.”

The death of Peter Hall felt like a strange thing earlier this year. The man who founded both the National Theatre and the RSC, his influence as a figure is undeniable – and yet, theatre has moved on so much since his heyday, that it was an odd thing to come to terms with. Matt Trueman’s write up is respectful, honest, and thoughtful, acknowledging both Hall’s triumphs and his failings. 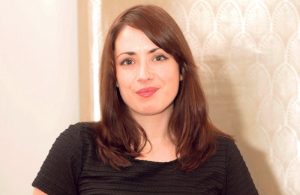 “When women become powerful, not only do we threaten men as competitors, we also threaten their ability to intimidate and abuse us. It’s a double affront.”

It’s been a good year for Lucy Prebble (and all her fans, of which I’m definitely one). As well as a brilliant episode on Have I Got New For You, she wrote this incredibly incisive piece on Harvey Weinstein and the surrounding scandal, from before the tide had begun to turn completely against powerful men with the #metoo campaign. She’s an inspiration to all younger women, whether in theatre or not. 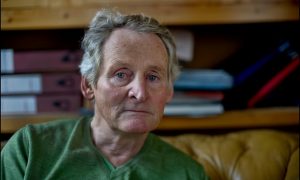 Photo by Sarah Lee for the Guardian

“Here’s the thing: his significance as a director does not counter-balance these accusations; it is part of what makes them so inexcusable. Because the man who invented actioning knows exactly what he is doing, when he says, ‘Back in the day, I’d have been up you like a rat up a drainpipe but now I’m a reformed character’. The words themselves appear to suggest a kind of contrition, an affirmation of new-found saintliness, that the sexual threat is in the past. But if we ‘action’ it, we know what’s going on: he is ‘intimidating’ Gina Abolins; or he is ‘ abusing’ her; or he is ‘humiliating’ her; or he is ‘assaulting’ her.”

When the news broke that Max Stafford-Clark was ousted from Out of Joint over inappropriate behaviour, much of the theatre world didn’t know how to put into words our own reaction. Dan Rebellato’s article put into words how many people were feeling, and was shared hundreds of times within hours of being posted. Like Lucy Prebble, he is able to offer some kind of solace; remind us that there’s still good in theatre. 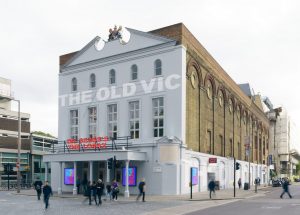 “We must all ensure we stop abuse” by Lyn Gardner, The Stage, 13th November

“Too often, behaviour, that would not be tolerated elsewhere, is accepted on the grounds that the person behaving badly is a creative genius who runs a widely admired building or directs brilliant productions.”

I tried, as much as possible, to spread this list out over the year, but ultimately the rise of sexual assault allegations, and then the responses to them, have been a major part of this year and one that is impossible to ignore. I’ve tried to offer a hopeful side, and this piece from Lyn Gardner made me feel hopeful for sure – reminding us that we can respond to what has happened, and that we have responsibilities and can take action. Sometimes the best way to feel more in control is to know you have something you can do, and this article reminds us what that is. 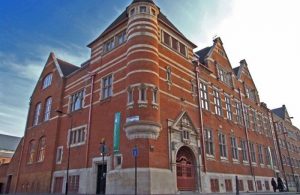 “The dark side of the fringe” by Alice Saville, Exeunt, 14th November

“Endearing as they might be, under-covered by the press as they definitely are, they’re also charging large amounts of money for a service which they’re often not delivering. That means that people like me need to look at them with clear eyes, not misty nostalgia.”

This entire list could have easily been filled with articles from Exeunt, the independent magazine who are never afraid to call out theatre when at its worst – see Maddy Costa’s review of The Suppliant Women, for example. But this piece from Alice Saville pulls out and examines what it is that we find romantic about fringe theatre, and why it is the romanticising that allows problems to go unnoticed. Perhaps 2018 will be the year that we as an industry realise that decent behaviour must always come above a glorious notion of what art is. 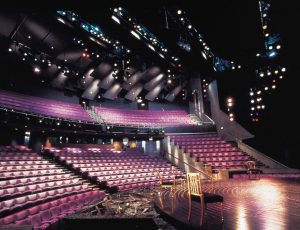 “The Olivier: Some Modest Proposals” by the Exeunt Staff, Exeunt, 16th November

“They should turn it into toilets for the other two auditoria. That or bear-baiting.”

2017 hasn’t been the best year for the Olivier stage, although who knows what will happen in the new year. If they’re looking for ideas, this bit from the staff at Exeunt is full of excellent suggestions – and it’s a great read as well. I passed it round my office and everyone loved it – plus, a wonderful throwback to the toilets article from earlier this year. Goals for 2018 remain: less abuse of power, more toilet cubicles.

What were your favourite theatre articles of 2017? Let us know in the comments, or tweet us @theatrebubble with your thoughts.