VICTORIA MELODY is an award-winning performance artist who creates work with an anthropological interest in Britain’s subcultures. Her methods include her immersing herself in the world she wants to document – a practice which has seen Victoria become a pigeon racer, northern soul dancer, championship dog handler, beauty queen and a police officer. Victoria describes this practice as becoming ” an active participant and a physical embodiment” of her subjects “in order to take part in their rituals as research for my work.”

Her latest show, Ugly Chief, sees her collaborate and perform with her father (TV Antiques Dealer Mike Melody) in a show about death and the funeral industry – for which Victoria trained as a funeral director. We talked to her about her approach to her work and the insights this alternative perspective gave her. 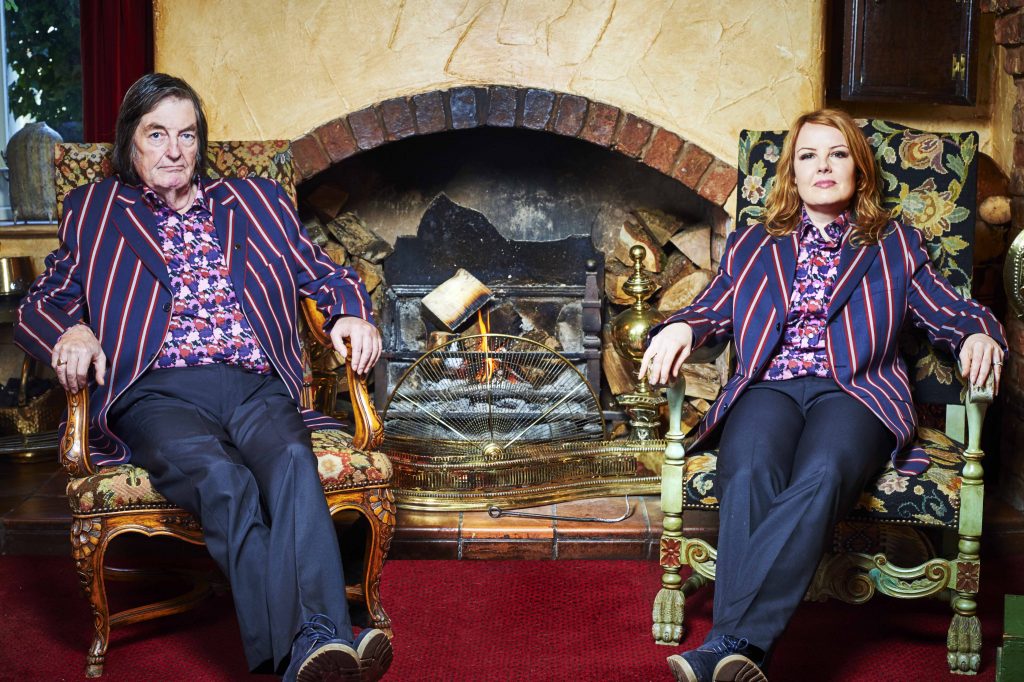 Theatre Bubble: Your unusual performance practice has seen you immerse yourself in different worlds. What inspired you to take this approach to your work?
Victoria Melody: Rather than recording, documenting and commenting on Britain’s clubs and tribes, I become a member and metamorphosise myself in the process. I shine a light on different cultures – but from within the inner sanctums rather than from the outside.

My signature style of creating this type of ethnographic work comes from my early attempts of trying to capture accurate portrayals of various subcultures. I found that my subjects would freeze when they were under the microscopic lens of the camera. Off camera people would reveal more of themselves. We would be laughing and joking and then I would press record and they would freeze. I learnt that if I join in and the camera was focused on me then my subjects were more at ease. By taking part people reveal more of themselves and their customs because you are part of the pack.

Part of the humour comes from me adrift in other people’s worlds, worlds where I don’t initially seem like I belong. I am passionate about other people’s passions, communities see that and they want to share their information with me. I lap up things that may seem domestic and banal, the correct way to wash a hearse may seem dull to some but to me it is an insight into how other people think.

My parents are antique dealers, they really care about the pieces they collect. They are custodians who want to preserve antiques and their provenance. They want to keep the stories of the objects alive. They worry about antiques not being in fashion anymore and that they will end up on the skip with their stories lost forever. I’ve inherited that need to preserve but rather than antiques my obsession is with the traditions and routines of Britain’s subcultures. 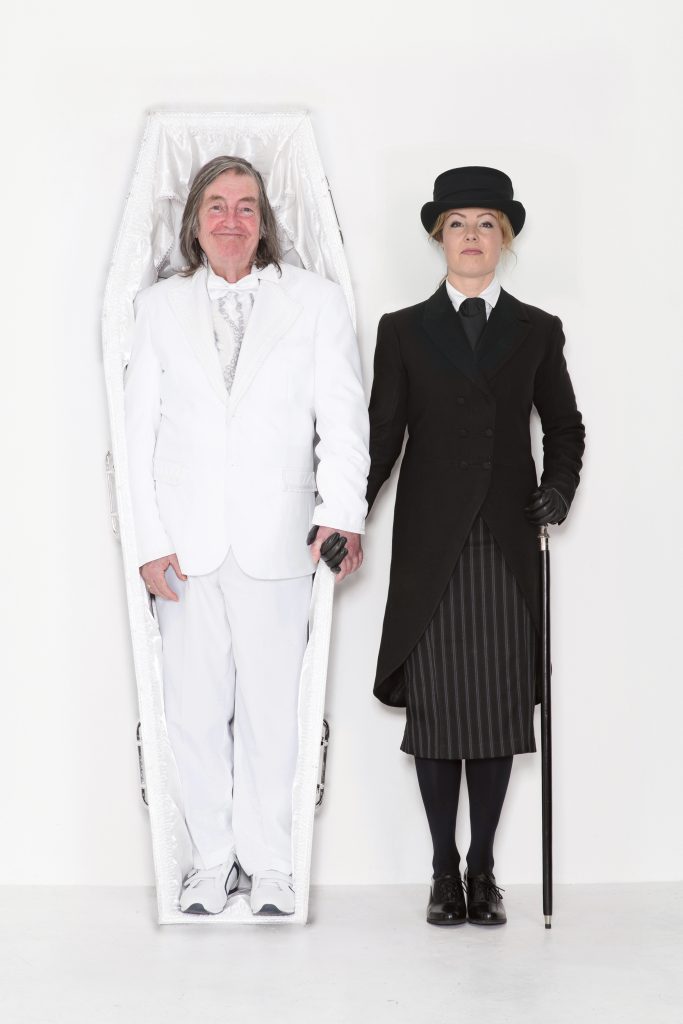 TB: How has it been performing and working with your father on Ugly Chief?
VM: Really annoying. Dads generally don’t take direction well from their daughters. Also Dad isn’t a performer – he’s never performed from a script on stage before. He hasn’t had to memorise big chunks of information since he was at school nearly 60 years ago. Generating material for the show was the most fun part. We reminisced and told each other stories, we looked for similarities. We listened to CDs looking for the music for the show. We even visited New Orleans to research how different cultures deal with death.

The tricky part was getting Dad to stick to the script. He’s never had to do anything like this before. He’s a loose cannon who is not used to being told what to do. Every member of my family said they were worried for my career when we announced we were going to be collaborating together. We’ve had loads of arguments because he kept refusing to learn his lines. He just wanted to go out there and wing it. It took strategies to make this new working relationship succeed and a huge amount of patience.

I think what I am most proud of with this show is it is an exact replica of our real relationship off stage. The show deals with bigger topics and themes than our mundane arguments over who is making the tea. But this show exactly sums up the essence of this father and daughter’s relationship. Identical warts and all.

TB: How has training to be a funeral director, as part of the research for this show, changed your perspective on death?
VM: It helped me to understand my mortality. It’s once you have a greater sense of your mortality that you can really start to live your life.

That’s why the funeral directors I met do these amazing things on the side. I met an adrenaline junkie cyclist; a world famous chicken fancier; Howard, who worked at the crematorium, races against horses – not on horses but against them. At first I thought they did this to escape the horrors of the job but later I understand that it’s because they want to embrace intense experiences of life.

Working in funeral homes made me realise that once you’re gone, you’re gone – it doesn’t matter what happens to your body. The funeral is for the living; it is designed to help you mourn. But there is a real market in guilt. An aim of the show is to break the taboo around talking about death. If we talked about it in advance then we could plan more meaningful ceremonies that don’t cost the earth and that better reflect the life of the deceased. There is a positive death movement here and in the USA that is really pushing to demystify the funeral process, therefore empowering the people left behind to make more informed decisions about what happens to their loved ones. The funeral directors I worked with were scrupulous and kind and were generous in helping me to research for this show. They want to work towards helping to make the industry more transparent. But there are accounts of funeral directors capitalising on people’s emotional state. It’s hard to make decisions when you are at your lowest emotionally – and it can end up costing. The average cost of a funeral in the UK is £3529.

In Ugly Chief Dad and I write his eulogy together. Not only was it cathartic but it has been one of the most bonding experiences we’ve ever had. I’m not saying that this is for everyone. But I do think it’s a shame that the best speeches are kept for after we’ve gone and that we don’t get to hear them. I think we could be onto something here with the concept of living funerals. If there is a party with all my loved ones telling their favourite stories about me then I want to be there, alive!