Review of: Tryst at the Tabard Theatre

Advertised as a “tense, passion fuelled thriller”, Tryst is undoubtedly a creepy, unpredictable, and intense play.

Advertised as a “tense, passion fuelled thriller”, Tryst is undoubtedly a creepy, unpredictable, and intense play. Perhaps not piercing enough to make it a “thriller” with all the trimmings, but inspired enough to make sure it doesn’t go unnoticed.

London, 1910. Womanizer/crook George Love meets shop-girl Adelaide Pinchin. The former cynically sees her as his next pray to marry-and-rob, the latter thinks she’s found the Love of her life. The two decide to run away in a secret tryst, each pursuing their own intents. The first half of this play by Karoline Leach confronts the audience with a sense of painful helplessness, as we watch Adelaide falling into the web of lies woven by Mr Love. Exciting at first, having each character speaking up their thoughts gets a bit repetitive as the show proceeds. But quality is ensured by the charming voice of Mr Love (Fred Perry) and the outstanding performance of Natasha J Barnes as Miss Pinchin. 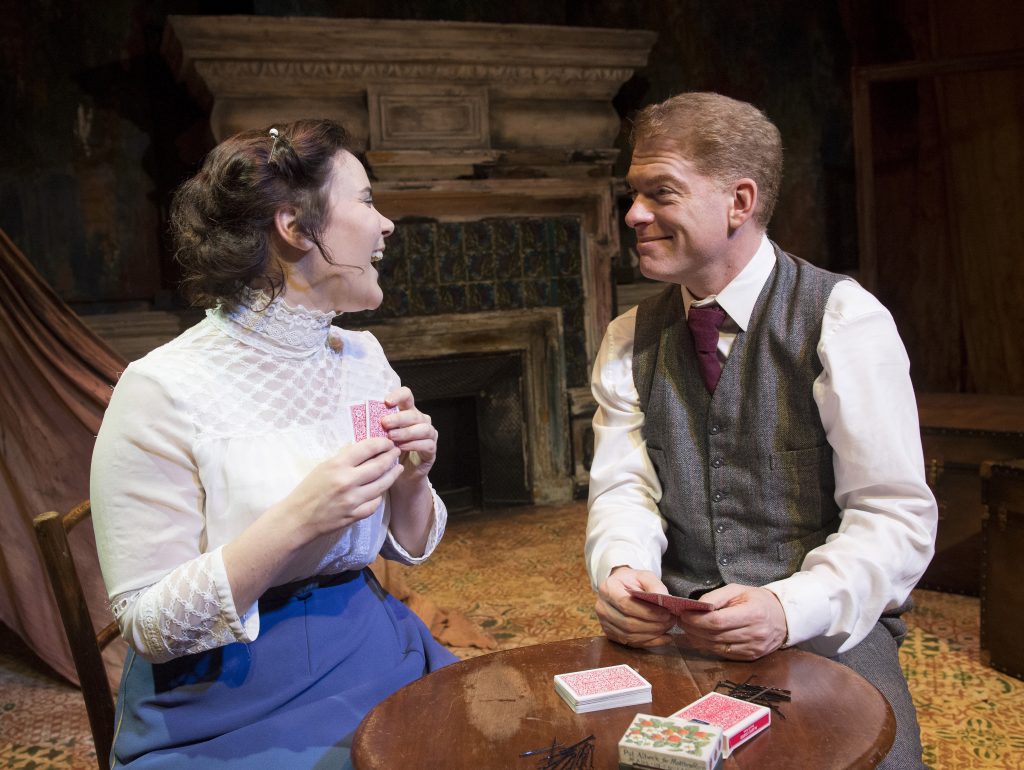 Indeed, the selling point of the show is the very presence of Barnes. Defined by The Daily Telegraph “a sensation in her own right” in the acclaimed West End production Funny Girl, Barnes here lives up to her standards. Her movements, facial expressions, gestures, modulations in the tone of voice are as natural and credible as they are enthralling to watch. Her exceptional performance is matched by Perry, who could easily be overshadowed by the exceptionality of Barnes, but is not. 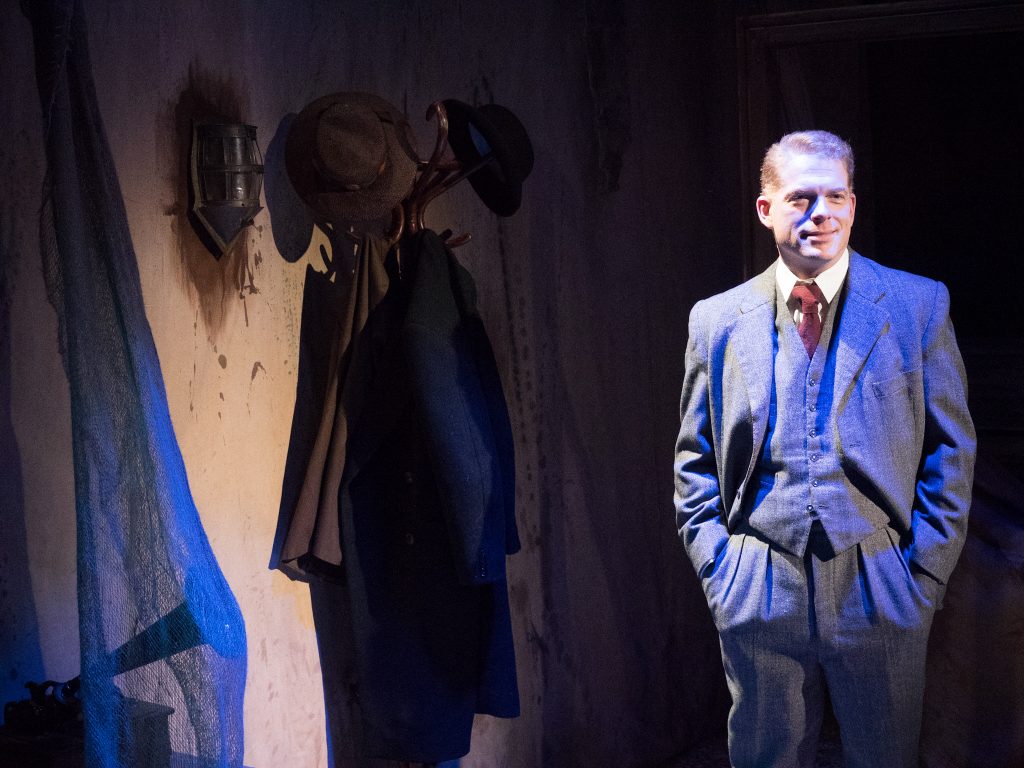 After much object-shifting, in what feels like an incredibly small stage packed with (admittedly wonderful) furniture and props, the two lovers get on with their wedding night. Barnes is amazing at conveying the embarrassment of an inexperienced and self-conscious woman, while Perry embraces his role as determined libertine with vigour. However, things suddenly begin to crack, both plot-wise and for the play as a whole.

It’s undeniable that audience assists to Tryst with intensity and participation. What the play lacks in order to qualify as a proper thriller (or indeed to fulfil its great potential) is a constant stream of nerve-wracking tension. What we get instead is a few moments of tension, a bit of hair-clasping, and what feels an abrupt, out-of-nowhere ending. The script has all the potential to keep the audience in suspense, glued to their chair and wondering what each character’s next move will be. Towards the end, the play seems to lose momentum, which results in the ending not being as impactful as it could have been.

What the audience can take away from Tryst is a wonderful performance by a talented cast and a handful of piercing, suspenseful moments.