Review of: Tosca at the King's Head Theatre

A truly immersive experience, Tosca is a gem in London’s current pub-theatre scene. It deserves to be seen by opera adepts and neophytes alike.

I normally don’t like using quotes overheard from other members of the audience, but this time I’m going to make an exception. As the audience started to leave the intimate space of the King’s Head Theatre, the girl next to me turned to her friend and exclaimed: “I’ve changed my mind, I like opera now!”. I think this is the greatest reaction any opera could ever hope for, and Tosca deserved it all.

A famous aria from this Puccini’s old classic is “Dammi i colori” (“Give me the colours”). If this production was to be described with a colour, that would certainly be burgundy. The much-loved tale of love, wine, and blood is here passionately staged in a new version by Becca Marriott and Adam Spreadbury-Maher. Several are the things transposed, modified, adapted: translated into English, the opera is set in WWII Paris, and performed by as little as four actors, in a small venue – but it works. 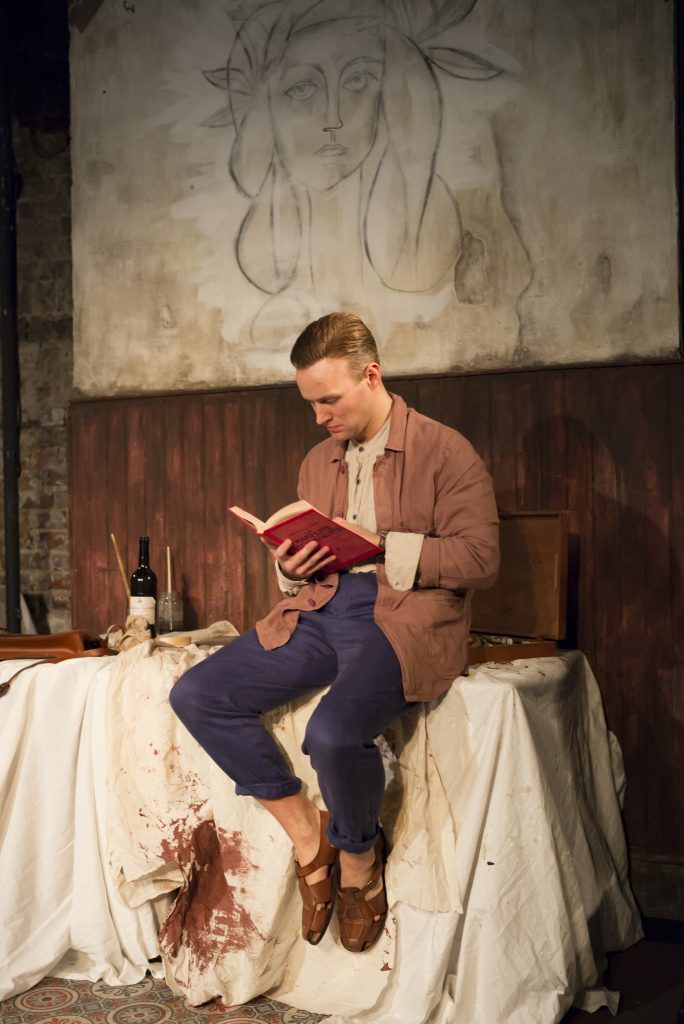 The original play is set in 19th-century Rome, when the capital was contended between Napoleon and the Kingdom of Naples. World War II is a similarly tumultuous time, in which fake passports, fugitives, and imprisonment are not out of place. Apart from the casual mention to the gas chamber in Auschwitz as a punishment (which perhaps carries further, more complex implications), everything else is done in a very accurate and credible manner. Even the costumes, props, and set design (by Becky-Dee Trevenen) are in-keeping and gorgeously ’40s in flavour.

Jealousy and passion, cruelty and betrayal are brought to life with great intensity by the cast. The production peaks in the second act, in the exchange between Tosca (Becca Marriott, also co-writer of the libretto) and Scarpia (Michael Georgiou). Absolutely brilliant is Tosca herself, who goes from diva to victim, to forceful heroine in the most ductile and magnetic manner. Her acting engages the audience like it’s hardly seen at the opera. Roger Paterson as Cavaradain is also notable, and powerful are the fight scenes he shares with Thomas Isherwood, in the double role of Jacob Cohen and Alexandre Villaplane. 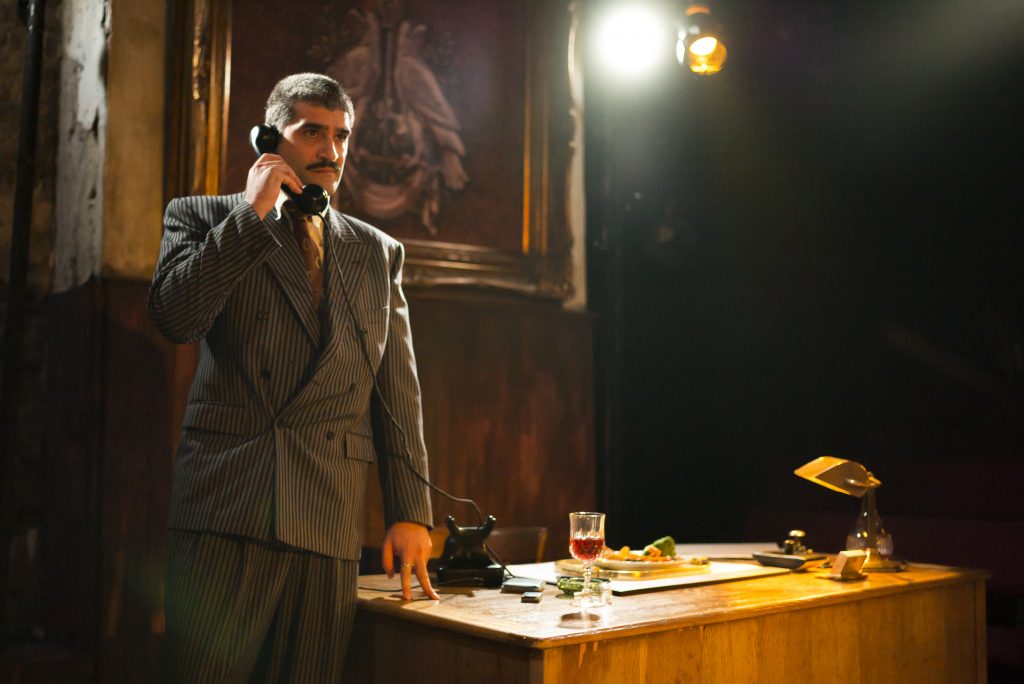 A truly immersive experience, featuring copious (but atmospheric) smoke and authentic replica pistols and gunshots, Tosca is a gem in London’s current pub-theatre scene. It deserves to be seen by opera connoisseurs and neophytes alike.

Tosca is running at the King’s Head Theatre at 7pm, until 27th October. Tickets can be purchased on their website.