John R. Wilkinson is the recipient of the Genesis Future Directors Award 2018. He will direct a production of Winter by Jon Fosse in the Clare Theatre in February 2018. Tickets go on sale from today. 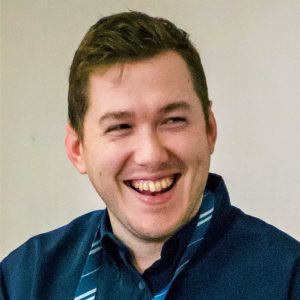 On today’s announcement John R. Wilkinson said: “The Genesis Future Directors Award is an awesome prospect. Its reputation is acclaimed so I shall simply try to do it justice. The chance to practise in a theatre as spirited, artist-focused and championing as the Young Vic is a special pleasure.”

An ordinary businessman meets a volatile stranger in a park. So begins a fugue of splintered desires and mistaken meanings. An everyday encounter unspools with enduring consequences.

John R. Wilkinson made his directorial debut in 2013 with Can’t Stand Up for Falling Down (York Theatre Royal). Dramaturgical credits include: You Have Been Watching (Dark Horse) and To Kill a Mockingbird (York Theatre Royal). He is Associate Artist at York Theatre Royal, being mentored by Third Angel. In 2016 he was co-assistant director to Rufus Norris during a four-day intensive workshop and worked as a Connections Director (National Theatre). He trained at Bretton Hall College.

As part of the application process for the 2018 Genesis Future Directors Award, the Young Vic advertised to D/deaf and disabled directors, or emerging directors who want to work with a cast that includes D/deaf and disabled actors. This is part of the Young Vic’s commitment to increasing diversity within the arts. John R. Wilkinson’s ambition and application reflected this commitment, with casting to be announced.

Established in 2012, the Genesis Future Directors Award was created to nurture emerging directors by providing them with an opportunity to explore and develop their craft while creating their first fully resourced production at the Young Vic, recognised for its engagement with directors. The Award will provide John R. Wilkinson with mentoring and support from the theatre’s core creative producing and production teams.

Every performance of Winter will be audio described with one captioned performance. Tickets for Winter go on sale from today: www.youngvic.org