Review of: ISHQ at Sadler's Wells

If you are to see this show, be prepared for a journey. Much like the two protagonists, Heer and Ranjha, the audience is taken on a series of peregrinations. The journey includes swirling robes, Indian rhythms, (sometimes cheesy) rhyming lines, moments of intense pathos and of joyful celebration. Overall, ISHQ is a journey worth taking.

Thanks to my Arabic-speaking friend, before the show I learn that ‘ishq’ means ‘the greatest possible kind of love’ in Arabic (although the title is here in Urdu), reductively translated by Google as ‘passion’. With this in mind, the musical’s overarching theme made sense. Moments in which this all-embracing love appears are not infrequent, and the message of the original folklore tale is strongly conveyed. 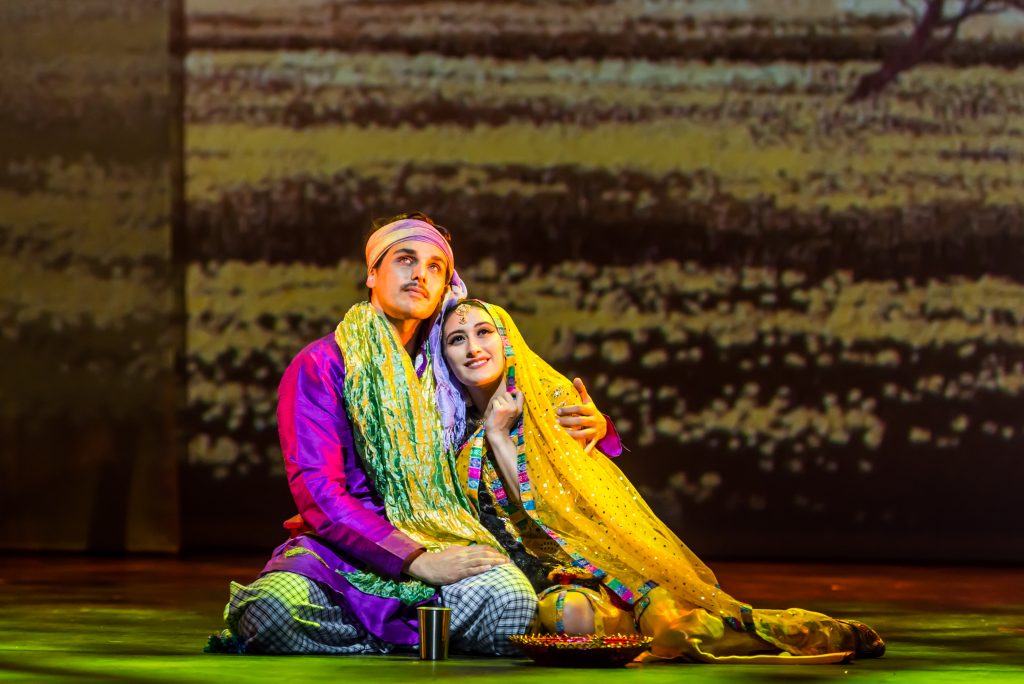 Indeed, the story comes from the Punjabi legend of the separation and reunification of Heer (Rasheeda Ali) and Ranjha (Ahsan Khan). To celebrate the 70th anniversary of Pakistan’s independence, the traditional tale has been adapted to a musical by Serendip  Productions. The show is proudly marketed as “the first ever Anglo Punjabi Sufi musical”. Highly innovative in principle, the realisation of this ambitious project is a challenging one. Challenges include giving the story a cohesive plot, ensuring the balance between songs, dance, and dialogue is hit, and making the message relevant to a contemporary audience. The show succeeds in almost all of the above.

The plot generally flows well, with moments of occasional hiccupping – scenes of intense sorrow are rapidly followed by euphoria, and vice versa. While this might be a typical feature of fairy-tales, transitions might have been a bit more gentle. Similarly, the momentous events at the end are not given the right emphasis, with everything happening a bit too quickly for the audience to savour the message of the story in full.

However, once we come to terms with this rapid shifts of the plot, the rest of the show offers an impressive amount of richness. First and foremost, the remarkable  choreographs by Owan Smith and Suhaee Abro, which are a fascinating blending of Bollywood moves and Indian classical dance. Throughout the show, by far the most enthralling moment is Ranjha’s Sufi experience in the forest, which dancers complement in the most perfect way. Towards the end of the musical, standards seem to fall a little bit, but the overall performance is a memorable one – I wish there could have been more dance scenes. 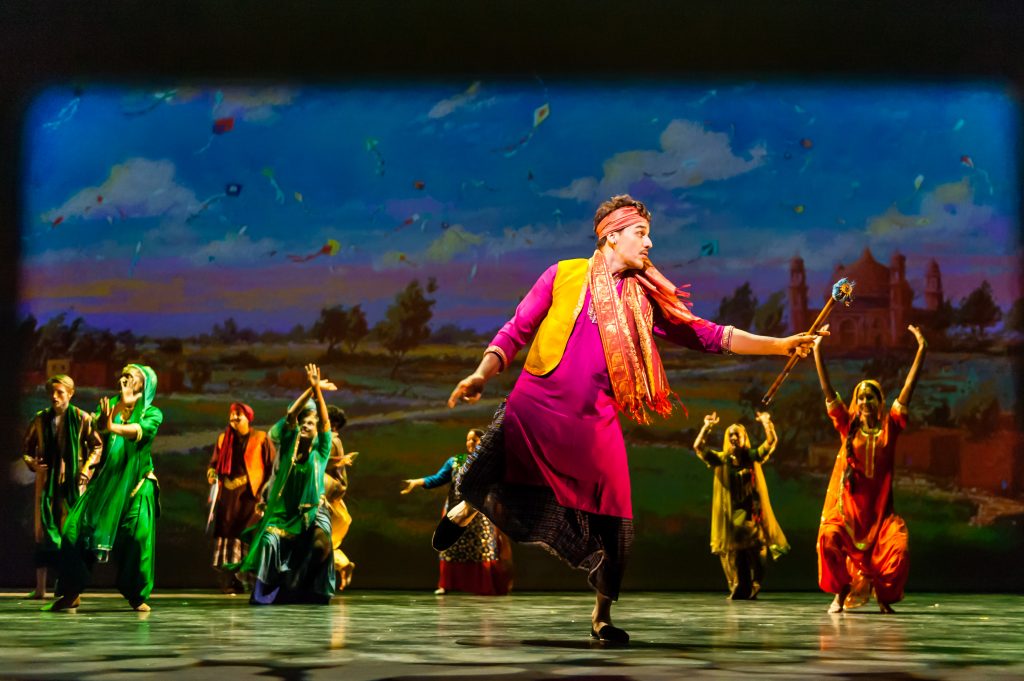 Featuring colourful and jingling costumes (shout-outs to Samina Aslam, Anila Rubab, and Rabia Sana for those), the overall aesthetics of the show is a feast for the eyes. Costumes go hand in hand with the simple, but extremely effective, set design, consisting of layers of fabric with images projected onto them. From interiors of palaces to wild lawns, to starry nights, to geometric patterns, the spaces created on stage are a triumph of visual majesty.

ISHQ, however, is a lot more than a beautiful framework. This adaptation from a legendary romance champions the power of tradition to challenge our assumptions. Chosen for its strong message, the story (and the character of Heer in particular) shows how emancipation, gender equality, and freedom of choice are all rights accorded to a woman in Islam. Something as unexpected as it is topical in our contemporary society. In this, ISHQ proves a classic fary-tale: a story of love and courage with a candid message.

ISHQ runs at Sadler’s Wells until 9th September, at 7.30pm. Tickets can be purchased from their website.