You know the squiggly lines Laurence Stern uses to describe the plot of his Tristram Shandy? Grand Finale feels exactly the same way.

The irony of this show is that its finale is actually the quietest bit. This is perhaps deliberate, and in fact such paradox epitomises the whole show. Driven by extremes, Grand Finale consistently dismantles the audience’s expectations on what will come next. In general, such a feature is a positive one, especially in dance, and even more so in new dance, but the show pushes it to its very limit. You know the squiggly lines Laurence Stern uses to describe the plot of his Tristram Shandy (see pic below)? Grand Finale feels exactly the same way. 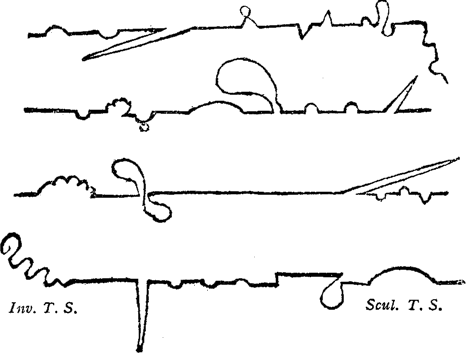 Any hope for a cohesive development or structure is candidly crashed in this ground-breaking dance performance choreographed by Hofesh Shechter. When I say “candidly crashed”, I mean the performance is totally unpredictable. Opening with a buzzy tune (captivating at first, then verging to getting almost unpleasant), music is at the core of this unpredictability. At times, the random changes seem to lead nowhere. When the initial buzz is dropped in favour of loud percussions, the loudness is so prolonged that the contrast effect is lost for a sense of discomfort. That said, music can also reach peaks of utter genius, spanning from rapid, techno-sounding rhythms to a gorgeously melancholic theme accompanied by (*spoiler alert*) a rain of bubbles. In this scene, the contrast worked: it felt incredibly light, and yet unspeakably sad, as people waltzed with corpse-like fellow dancers. 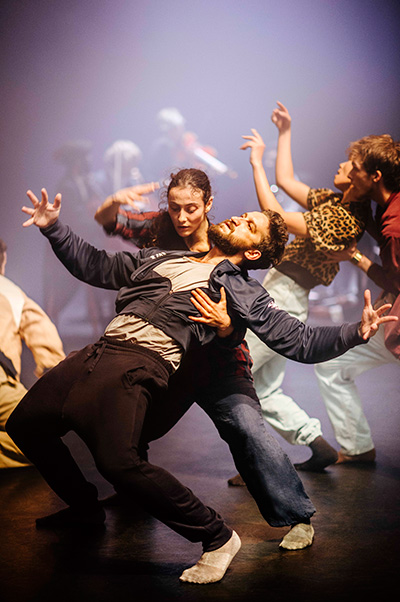 Touching all the possible extremes, Gran Finale is not the story of an end, but a sinuous adventure with ups and downs, and some fils rouges. Death is one of them, and the theme of dragging people around crops up over and over again. When gently done, this is sublime. However, the multiple variations on a theme (e.g. the uncontrolled shaking) can also end up being redundant or repetitive, rather than inspiring or revelatory. 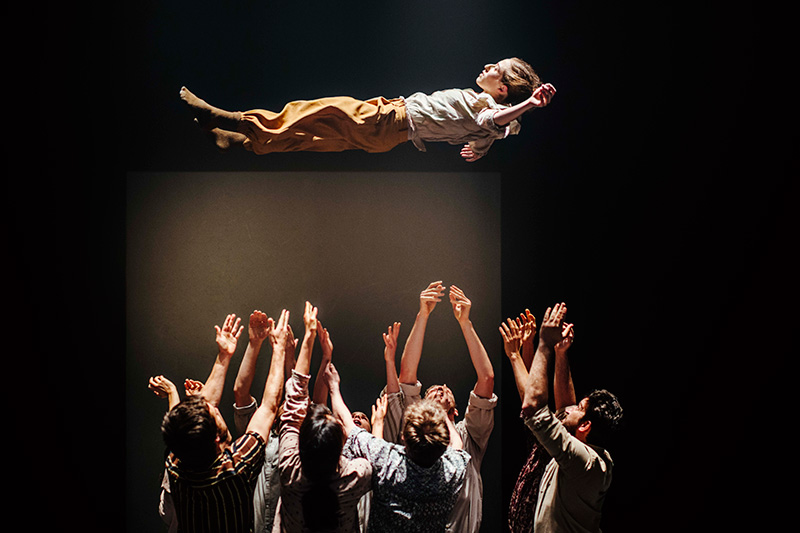 Perhaps the most striking and overall successful element of the show is the lightning by Tom Visser. Huge lights are masterfully orchestrated to make things appear and vanish on stage, sometimes in the midst of haze, sometimes with warm, honey-coloured shafts. The effect is remarkable, as the stage itself, the dancers, and the musicians are perceived with a surreal and almost cinematic quality.

Accompanying the skilful lightning is the awe-inspiring set design by Tom Scutt, consisting of tall grey blocks moving at an impressive speed on stage. The space on stage is arranged and re-arranged in endless combinations, and this constant shifting doesn’t spare even the musicians – which gives the show an incredibly dynamic twist.

Frenzied and zen, brutal and heart-rending, Grand Finale has the flavour of an apocalyptic performance, and a perturbing one. In the words of Shechter, “everything collapses but it’s almost like a celebration”.

Gran Finale runs at Sadler’s Wells until Saturday 16th September. Tickets are available from their box office (020 7863 8000) or on their website.