Review of: SiX The Musical at Sweet Grassmarket

SiX is a veritable crowdpleaser, consistently fun and humorous with a historical twinge.

There’s nothing more exciting than finding sleeper hits at the Fringe – word of mouth piquing your journalistic interest and leading you away from your conventional Summerhall/Pleasance commute to somewhere slightly less on the reviewer radar. It’s a sorry inditement of the critical presence at the Fringe that all too often shows are simply ignored or forgotten if they have neither PR representation nor one of the bigger venues attached to their show.

So it makes it more exciting when truffles, gems, are found. SiX is one such gem, a musical based on the lives of Henry VIII’s six wives – it’s like Our Ladies of Perpetual Succour crossed with Hamilton’s “The Schuyler Sisters”. And it works. 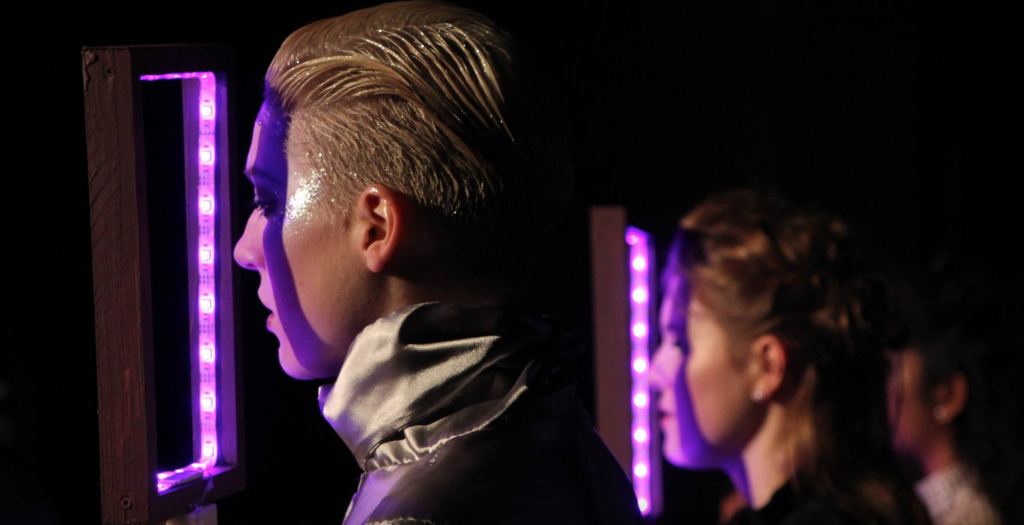 Six wives, knitted together as a de-facto girl group, reclaiming their pigeonholed historical reputations. The plot is a largely jokey and light hearted debate about who was the most hard done by by their man – the biggest sufferer then appointed group leader at the end of the show. It’s as superficial as can be imagined, but the perfect opportunity to not only explore the lives of these figures (the tragedy of Jane Seymour, dying before she’d even met her son, or the less well known life of Anne of Cleves after her divorce, living it large in Richmond Castle), but also to employ different musical styles and forms. The tonal shifts kept things bouncing along.

As a history graduate, I certainly felt as though I was the ideal demographic for the show – asides about sixteenth century Protestant notions of determinism will always have me in stitches. Though at the same time a degree of knowledge means it certainly felt there were a few opportunities squandered; why did Catherine of Aragon not get frustrated that she had to settle for sloppy seconds after Henry’s older brother’s death, only for him to then run off with someone else? The rivalry between Jane Seymour and Anne Boleyn could also have been played upon, and though it goes slightly beyond the show’s remit, Catherine Parr’s political life into 1548 was actually rather explosive. It could have given her more of a meaty role rather than having the slightly less exciting ‘survived’ mantra.

But wishful thinking is not the same as critical incision – and it’s worth highlighting the show’s rough edges. The songs, while exciting and fun, sometimes felt slightly overextended, needing to be trimmed by a verse or two to keep the momentum high. Cutting back on songs and scripting a few more scenes between the characters, certainly one of the high points of the hour, could be a satisfying solution. Being sat close to the live band also had a few unfortunate level issues, especially with the drum fills during the Jane Seymour quieter solo, but this was probably a consequence of being nearby in this reviewer’s case.

Nevertheless, SiX won through, a veritable crowdpleaser than was consistently fun and humorous. I was singing all the way back to Summerhall.