Review of: Heather at Summerhall

Heather is gripping, fun and well executed, but certainly feels like an opportunity squandered at the final hurdle. 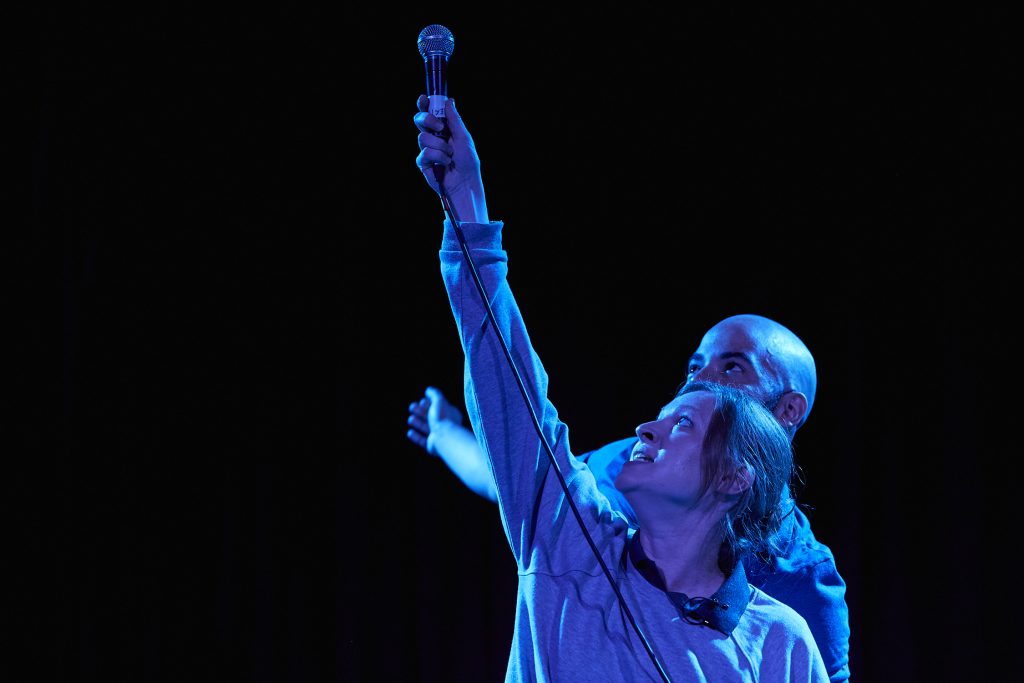 Writers on stage create a fruitful environment for theatricality. Frameworks within frameworks, fictions within fictions – all coalescing and causing tensions, highlighting the performative qualities of theatre while also interrogating our assumptions about presentation of character.

Heather Eames has written a children’s book – about the fantastical heroine Greta, armed with her magical pen. The pen allows her, in a Green Lantern-esque fashion, to make whatever she wants from her imagination. From there success awaits – movie deals, sell-out runs, theme parks, Lego – the Rowling factor personified (indeed the Rowling commentary is explicitly referenced further down the line).

The twist of Heather Eames’ story, coming about a third of the sixty minute runtime, is delivered with the pomposity and shock factor of a Black Mirror episode, exposing our assumptions about presentation of character and how easily we can be seduced by narratives of powerful, female authors who find magic in the most mundane scenarios. There is no need ruining it here, but suffice it to say that the revelations do completely reconfigure our perceptions of both everything that has come before, and our own desire to find fulfilling stories.

At this stage writer Thomas Eccleshare has struck gold – and the ensuing scene begins by neatly fashioning this twisted set of prejudices we’ve created for ourselves into a garish portrait of how we idealism authors and artists. And then, as if by magic, the show starts going too far, overreaching itself as it pushes into a fantastical, movement heavy third act that reenacts one of the children’s books written by Eames.

We see the issues of the opening half now re-embodied as a meta-fiction played out by the two performers, within the context and through the characters of Eames’ final book. Greta becomes a symbol. This was where the show lost me – the suspension of disbelief had gone too far, and the show suddenly felt far more flimsy. It also never felt plausible that this character or writing had become a best seller. Eccleshare also tries, in the show’s dying moments, to reach a form of catharsis where it was simply not necessary – the troubling anti-didacticism of the initial twist was certainly more than enough to conclude with.

In terms of form, moving from the two actors on microphones to a more realistic scene and finally through to a more fantastical reality smacked of Tim Crouch’s Adler and Gibb, seen at the same venue last year. The Saussurean ideas of signifier and signified, particularly with regards to performance, also came up here.

Heather is gripping, fun and well executed, but certainly feels like an opportunity squandered at the final hurdle. We were taught to think – we didn’t then need to be told what conclusions to make.