An excellent, and sometimes skin-crawlingly recognisable portrayal of friendships and how we fail them.

Fag/Stag is a scalpel-sharp dissection of a friendship between two men – as the title suggests, one gay and one straight – in the days leading up to the marriage of one of their ex-girlfriends. The imminent wedding – compared to their own failing love lives and ageing bodies – throws into relief the cracks in their relationship. Their friendship, and its faults, reflect tensions between men and their relationship with masculinity in Australia – a tension which twists how these two men interact with those they love. 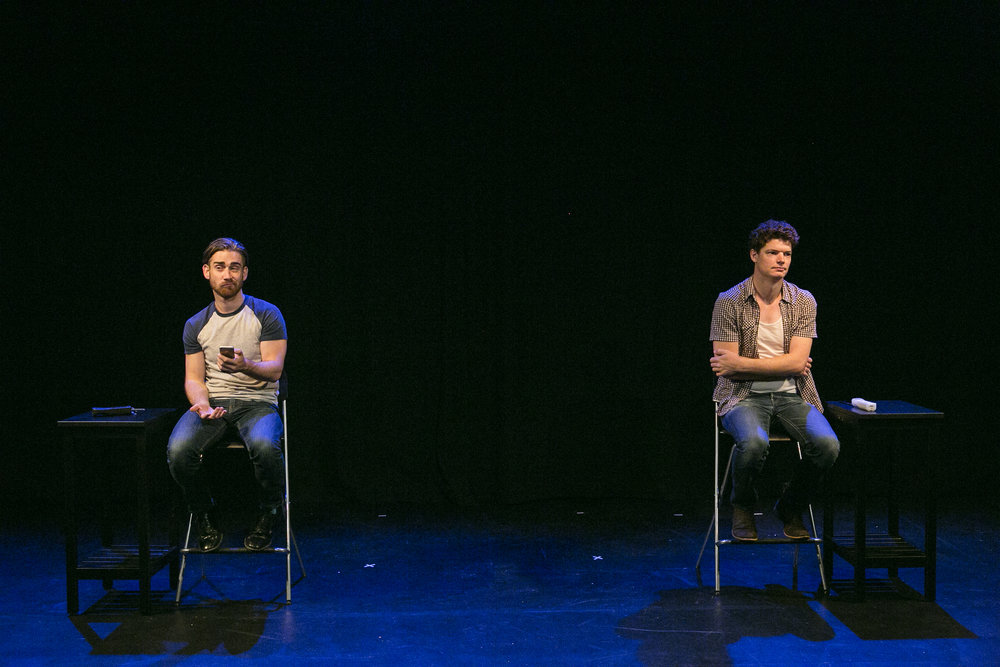 The show’s presentation is daringly laid-back, with Jimmy (Jeffrey Jay Fowler) and Corgan (Chris Isaacs) perched laconically on two high stools for almost the entire duration of the performance. They recount, in tandem and in turn, their own (and often inconsistent) take on events which lead to a dramatic fall-out. Their contradicting accounts in turn highlight the contradictions within these two modern males – between how they perceive themselves and how others perceive them. Discomfort with each other’s performances of masculinity, and the threat that the other represents to their own carefully formed identity, bubbles under the barbed banter between the two. This is a tenderly drawn portrait of a very believable friendship that is a cocktail of habit, boredom, reliance and need. When Jimmy rallies to Corgan’s side having not spoken in days, the inconsistency of his behaviour makes him all the more real as a character. There are sides to ourselves, and to each other, that we will never know.

Remarkably, narrative tension is taut throughout the show despite few variations in pace. The two characters are equally funny, believable, flawed and occasionally unpleasant. Corgan’s own emotional privacy often translated into deafness to the needs of others. Jimmy is consumed by an often selfish need for validation (often sexual) from others. My only criticism is that the Peep Show-esque comic formula of one character claiming one version of events, before being immediately negated by the other, becomes a rather repetitive rhythm of the show. However, the show is an excellent, and sometimes skin-crawlingly recognisable portrayal of friendships and how we fail them.