Review of: Dates At The Speed Of Sound

Set in Summerhall’s rather luscious café, Dates At The Speed of Sound joins a long line-up of shows experimenting outside of the traditional theatre format. Unlike most that I have seen this year, where style resoundly trumped substance 80% of the time, the interactive part of Dates was actually the most enjoyable section – providing a wonderful opportunity to talk to the myriad of waifs and strays that end up wandering around the Fringe. Conversely, the preceding theatrical part rolled in rather dull and uninspiring. Three performers rotate around playing couples (one waiter and two ‘singletons’ (blurgh)) discussing the problems and pitfalls of modern-day dating, presenting overblown characters that we are meant to find ‘funny’ while actually just becoming irritating. As topics go, the modern dating scene is hardly an original theme to dwell upon, and the way the subject was approached shed very little new light upon the phenomenon. 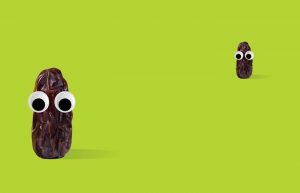 This is mainly because the script felt like it was just touching upon various different issues, acknowledging their presence and then never really going anywhere with anything. Healthy eating, fat-shaming and ‘looking different from your profile picture’ were all brought up, thrown around a bit and then just dropped before anything meaningful was come across. Everything was so utterly predictable; even as a slight technophobe with an intense abhorrence of online matches I could have probably told you the ‘issues’ these people would face way before walking into the room. This isn’t saying the actors are bad, they just struggle with a script that seems to be actively preventing them from expressing any opinion that hasn’t been expressed in countless ways before. 2015’s smash-hit Fleabag is a fantastic example of a show approaching the pressures of society in terms of sex, one’s ‘other half’ and generally the minefield that is being free and therefore ‘available’. Dates At The Speed of Sound had none of this subtlety, instead choosing to focus on stereotypes and characters that would better suit Cosmos’s ‘What Is Your Type’ quiz than anything remotely theatrically three-dimensional.

The day I was there pretty much the entire audience chose to stay for the post-show interactive experience, which utterly saved the show – I can only imagine the awkwardness should 90% choose to head off, leaving a couple of red-faced thesps committed to the ‘interactive’ part and mumbling about having to return to their respective partners once over. However (if I do say so myself) we were a highly merry bunch, and the relief of those acting and thereby organizing the speed-dating session was palpable. One suspects that the after-show sessions might not always have been this successful. Sadly, this wasn’t quite enough to leave the show feeling like anything substantial had been said – instead I left with a much higher opinion of my fellow Fringe-goers than the company itself.