Simple, but effective, Blue Stockings is a play full of character: it speaks of gender equality in a genuine, heart-felt, and utterly relevant fashion.

The heart of Blue Stockings beats with the enthusiasm of the young talents of the National Youth Theatre. Everything in this show, from the minimalist (but ingenious) set design to the energetic cast, builds up an atmosphere of rebellion and passion. This, combined with the touching and dynamic plot, allows Blue Stockings to give voice to a cause people were passionate about over 100 years ago, but is still relevant today. 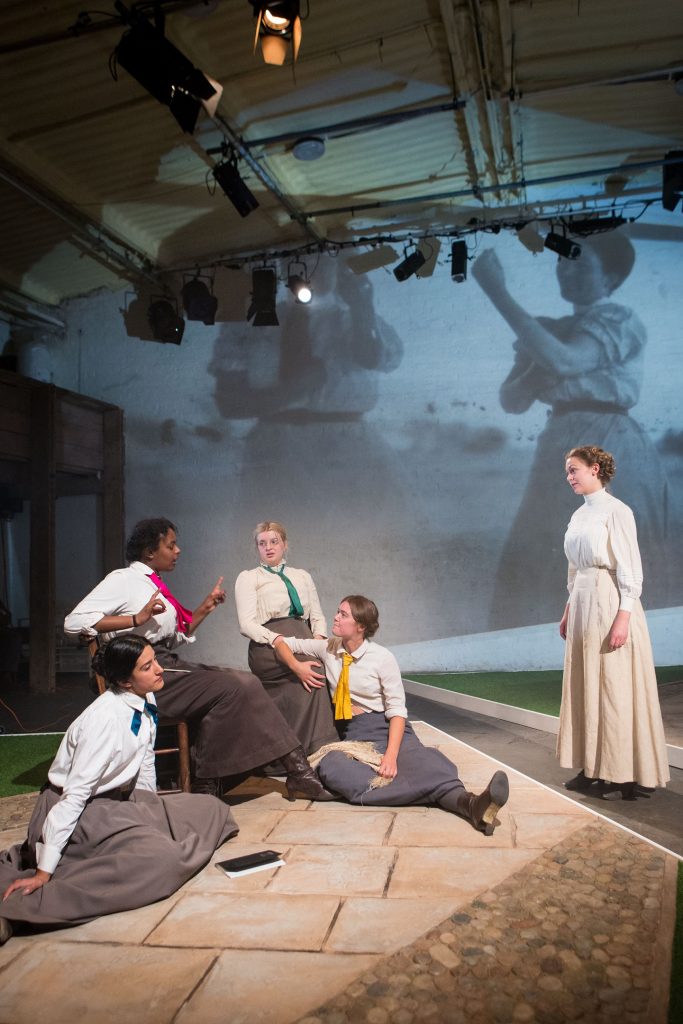 Written by Jessica Swale and directed by Alice Knight, the play brings on stage the vicissitudes of four young women fighting for the right to graduate from Girton College (Cambridge) in 1897. The story of Tess, Celia, Maeve, and Carolyn, striving to become accepted for their wits, is inspired and inspiring – learning to “keep their voices soft and their brains sharp” is easier said than done.

At the core of almost every scene is a sense of urgency for equality, with even the simplest actions acquiring meaningful, dramatic implications. Being as they are “on the brink of acceptance”, the portrayals of women are determinate and courageous, sprinkled by heart-breaking moments of fragility. Intensely human are also their male counterparts, spanning from the implacable members of the University to the undergraduates who become friends (or more) with the girls. What the audience can take away from this show is an explosion of hope and science, jokes and aspirations, moral philosophy and life choices.

Entrusting such a play to a young, talented cast is the show’s main strength. Particularly notable is the performance of Misha Jones in the role of rebellious and enterprising Tess. Much as it almost unfailingly shines with fervour in the young roles, the cast does a good job even in the adult parts. Leo Flanagan playing Mr Banks, the tutor supporting female education, is an brilliant example, followed by Amy Parker as the firm Mistress of Girton, Elizabeth Welsh. The overall command of space on stage is also laudable: harmonious and well-coordinated, the cast move effortlessly, and are a pleasure to watch. 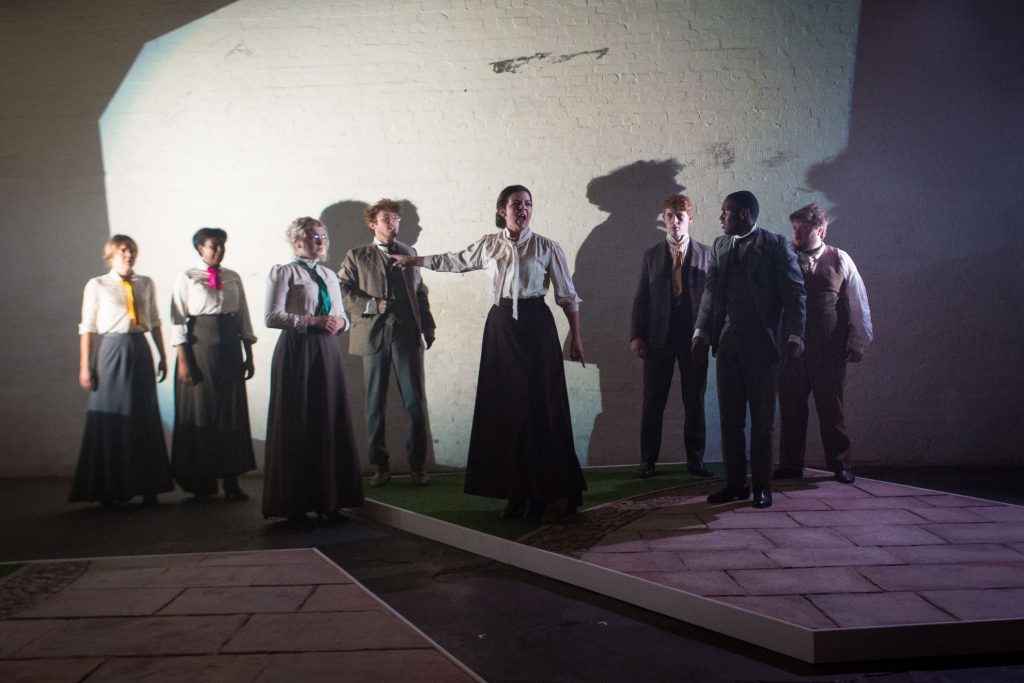 Without any backdrop or backstage, the set design could hardly be simpler. But two large paved areas and some (occasionally interactive!) projections are all it takes to bring this story to life, and elegantly so. Sometimes, the dual space on sage is used as a metaphor for conflicting opinions, while the projections, if at times distracting, provide a nice retro flavour.

Simple, but effective, Blue Stockings is a play full of character: it speaks of gender equality in a genuine, heart-felt, and utterly relevant fashion.

Blue Stockings runs at the Yard Theatre at 8pm until 19th August, with an additional show at 3pm on Saturday. Tickets can be purchased on their website.