As the Southbank’s Underbelly Festival lurches on into its second of five months, one might be forgiven for predicting the eclipse of affordable entertainment in the capital. However, for those sick of the purple cow and of astronomical ticket and drinks costs, Jacksons Lane is providing an unlikely antidote. July sees the return of the circus and cabaret hub’s Postcards Festival – a fifteen-night binge of eclectic entertainment.

What truly marks the Postcards Festival out from its more commercial cousin, however, is that all tickets are Pay What You Decide. As in 2016, you can reserve your tickets in advance, for free, and make a donation of your choice after the performance. Each day, any uncollected tickets are released 15 minutes before the performance.

It is a welcome relief for the capital’s cash-strapped punters, and a refreshing example of a venue with an alternative attitude to its audience. Jacksons Lane is not alone in this attitude – various Free Fringes, and Pay What You Want venues such as Heroes show that this is a sustainable and successful business model. In the world of comedy, it is virtually common practice. The Angel Comedy Club at the Camden Head was so successful it was able to lease a second venue just around the corner – now named the Bill Murray.

Ticket prices are rising every year, and there is no reason to believe that this trend will reverse. However, the less accessible that venues such as the Underbelly make themselves, the more that alternatives such as the Postcards Festival emerge. The result is a widening gulf in the capital’s cultural fringe-scene.

The Postcards Festival runs from the 11th – 29th July. Find more information here – and read below for Theatre Bubble’s recommendations! 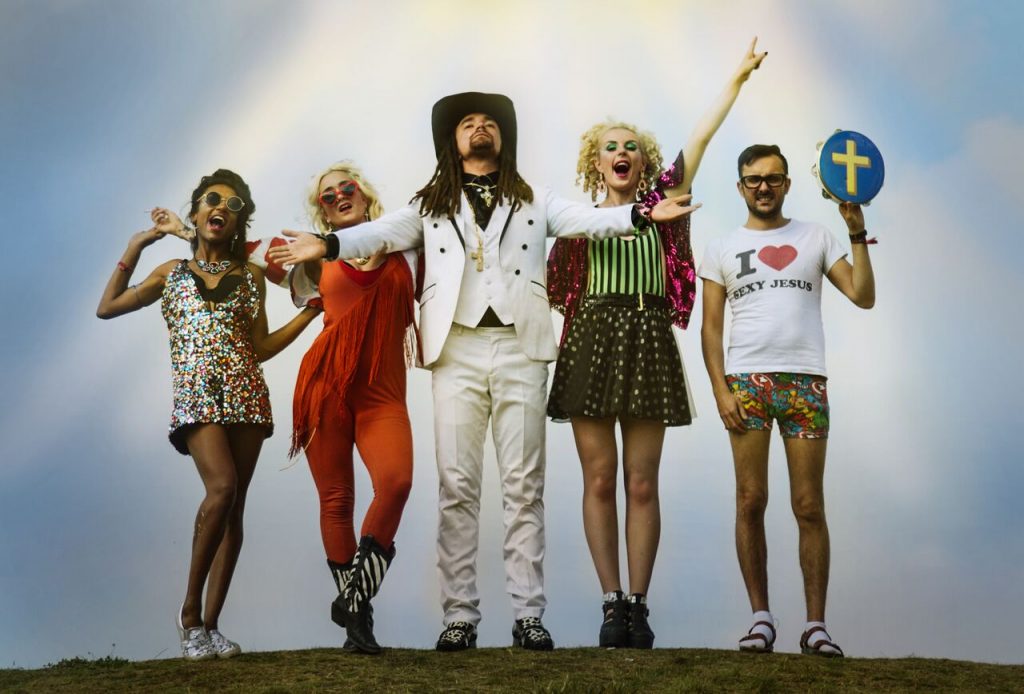 Oh My God! It’s The Church (pictured above) – Saturday 15th July, 8pm
Besides sporting an absolutely fantastic name, everything about Oh My God! It’s The Church suggests that it will push the ironic kitsch of high-camp cabaret to its extremes. This Pentecostal Party calls itself “Sister Act on Speed” – and if that doesn’t interest you, then I have no idea who is reading this.

Morgan and West: Parlour Tricks – Tuesday 18th July, 8pm
These two Victoriana illusionists are undoubtedly a class act.  They appeared in the first series of Penn and Teller’s Fool Us, and prompted The Scotsman to write “I can’t recall the last time my awe was so thoroughly struck. ” 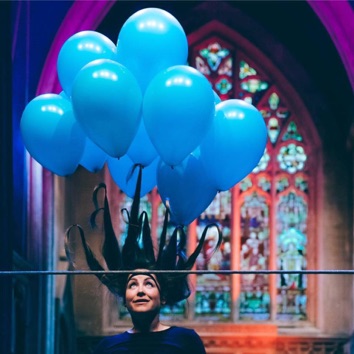 “For lovers, voyeurs and all in between”, this enigmatic piece of tightwire theatre boasts Dr Seuss-like surrealist visuals and a live score. That balloon-hair would be worth the entry price alone, if it wasn’t for the fact that entry is free. Have I mentioned that the Postcards Festival is Pay What You Decide? This is exactly the kind of festival that allows you to take a punt on a stunning visual image alone.

The Penguin and I – Tuesday 25th July, 6.30pm and 9pm
An immersive, absurd acrobatics show set the morning after a wild party – and featuring an obnoxious penguin. Their trailer displays tricks and troublemaking galore – certainly enough to whet our appetite.

Stuff – Thursday 27th July, 8pm
Lead clown for Cirque Du Soleil Sean Kempton performs in a solo show about love. Expect to be drenched in rose petals. Don’t take a date – as you may end up leaving with one.