PULSE, the  10 day long festival of new contemporary performance in Ipswich is back this year with more vibrancy and range than ever before. Now running into its 17th year, the festival offers a platform for emerging and established artists to showcase new work, while also supporting them year round to develop and experiment. I made use of their great booking incentive of 5 shows for £5 and largely chose to see work that was female led and reflective of the diverse experiences from BAME artists. 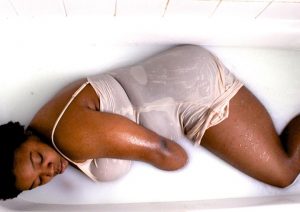 This one woman show by Urielle Klein-Mekongo  is a spoken word piece that tells the story of a teenage girl coming to terms with a secret that burdens her . The set and props were few and simple but used effectively, the coat stand and hanger I thought in particular were cleverly used to symbolise the beginning and end of life chapters (when a piece of clothing is shed or hung up).  There was warmth and humour in this insightful piece that features original music; Urielle’s striking vocal range combined with the creative use of a vocal effects pedal is simply stunning. It’s a raw and powerful piece that will leave you feeling moved yet uplifted from the courage and resilience shown. 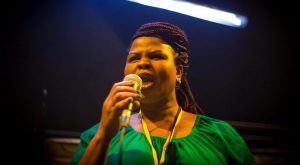 Terror suspects are held for 28 days, those seeking asylum….indefinitely; a powerful phrase that is repeated in this show which  draws attention to the injustices faced by those held in UK detention centres. This piece focuses on the true story of Emily’s journey as an asylum seeker who was detained in Yarls Wood.  It was a very open piece that was somewhere between being a performance lecture and a dramatisation of a true story with the production team playing supporting roles. The lack of clarity and direction made it difficult to emotionally invest in the piece, which is a shame as I do think it would be more powerful as a one woman show; it seemed to naturally lean that way throughout. Unfortunately it feels rather rushed and only scratched the surface which may in part be due to the fact Emily is not an experienced actor. It could have a much greater impact, with further development to really focus deeper into and better pace out Emily’s story. 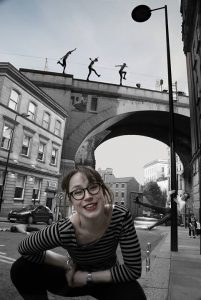 Learning How To Die

Before the show the audience are asked to write down the last argument they had or what makes them anxious, and we soon learn how the answers we gave contribute to our relationship with death and how we view our mortality. We learn about Luca Rutherford’s own relationship with death, in particular the effect of her two different experiences of knowing that a loved one is dying and discovering that a loved one has died. The massive stopwatch projected on a screen counting up 1.8 seconds (the time it takes for 1 person to die in this world) creates a strange feeling watching it. Her reasoning behind having it visible was relatable; it was a feeling of indifference because there are no faces behind the numbers combined with a sense of guilt for feeling that way. Luca’s one woman show is a playful and insightful exploration of death, one not to be missed. 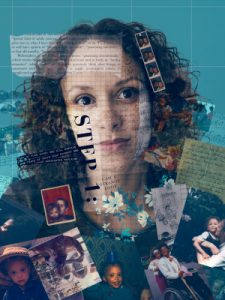 My World Has Exploded A Little Bit

This was the second show about death I saw at the festival and it certainly was a roller-coaster ! Bella Heesom and her musical director Eva Alexander are the perfect double act to take you on a 17 step journey to dealing with mortality in the most hilarious yet simultaneously poignant way. If you have experienced death, particularly a close one; be prepared…I felt like I had been punched in the chest then filled with warmth and laughter before being punched in the chest again; at a pace that was like the waves of grief. It’s a testament to Bella’s ability to connect her tragic story with the audience by engaging their empathy, many tears and laughs were shared.  This show bears it’s truth unapologetically, go see it !

Hervé Goffings’ life story is a fascinating one, being a French African who was Malawian born then adopted by white Belgian parents who travelled the world with him. His musical and dance performances were skilled, particularly while recounting his Army days but they became awkwardly overused once it stopped relating to the story itself and focused on audience approval. Hervé is a witty and charming storyteller but he over performed at times which made the delivery less authentic, particularly when quite a few lines kept getting fluffed.  The characterisation of people in his life needed further development to make their individuality clearer, simply relying on switching between hand held props like a pipe and glasses to indicate who is who, didn’t quite cut it. An interesting life story with potential to combine in equal strength, entertainment and depth, but sadly it lacked the latter to drive it forward.