Review of: HIR at the Bush Theatre

Jam-packed with food for thought, this play is both provoking and liberating, with touches of distress, a hint of healthy madness, and a generous sprinkle of general havoc

Confession: I was won over as soon as I saw the stage, with its multi-coloured array of clothes and objects randomly scattered, looking both cosy and unfamiliar at the same time. And so was the play as it unfolded, with this idea coming up again and again in the plot, the lines, the acting. HIR is intimate like a soft toy, and shocking like a bullet.

With a relatively simple story-line, this subversive comedy by Taylor Mac is completely audience-absorbing. Upon his home-coming, the young American marine soldier Isaac finds that at home everything has changed: his violent father Arnold has had stroke and is now severely disabled; his mother Paige has become an empowered matriarch; his sister  Maxime… is not Maxime anymore – ‘ze’ has turned into Max. Already worn out (and traumatised) by the war, Isaac experiences a similar shock in the unsettling place his home has become. 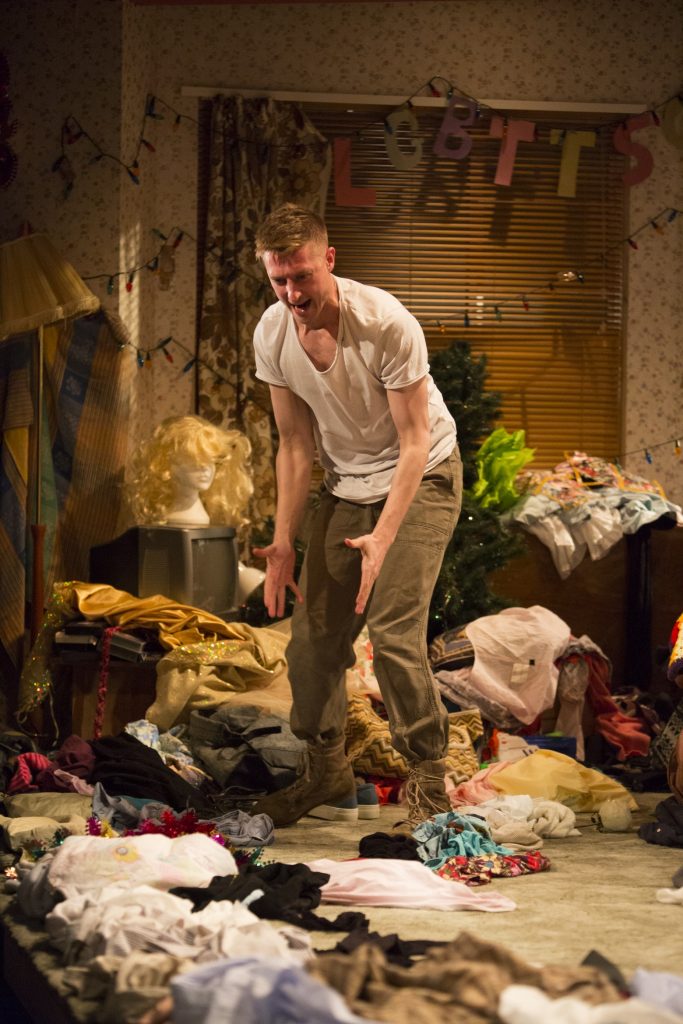 Relationships are tense, and the cast brings them out lively, absurdly and credibly (the genre of the play being Absurd Realism, and successfully so). A special mention deserves Paige (Ashley McGuire), for combining humour and light-heartedness with the seriousness of her gender rebellion. Arnold (Andy Williams) embraces the complexity of his role of disabled with masterful and touching realism. Max (Griffyn Gilligan) offers a convincing portrait of a arrogant, but vulnerable and insecure teenager. The star of the show, Isaac (Artur Darvill), takes us through a journey of emotions, from affection to military rigidity, from frustration to repulsion. Orchestrated organically by director Nadia Fall, the cast provides a fluid, intense performance. 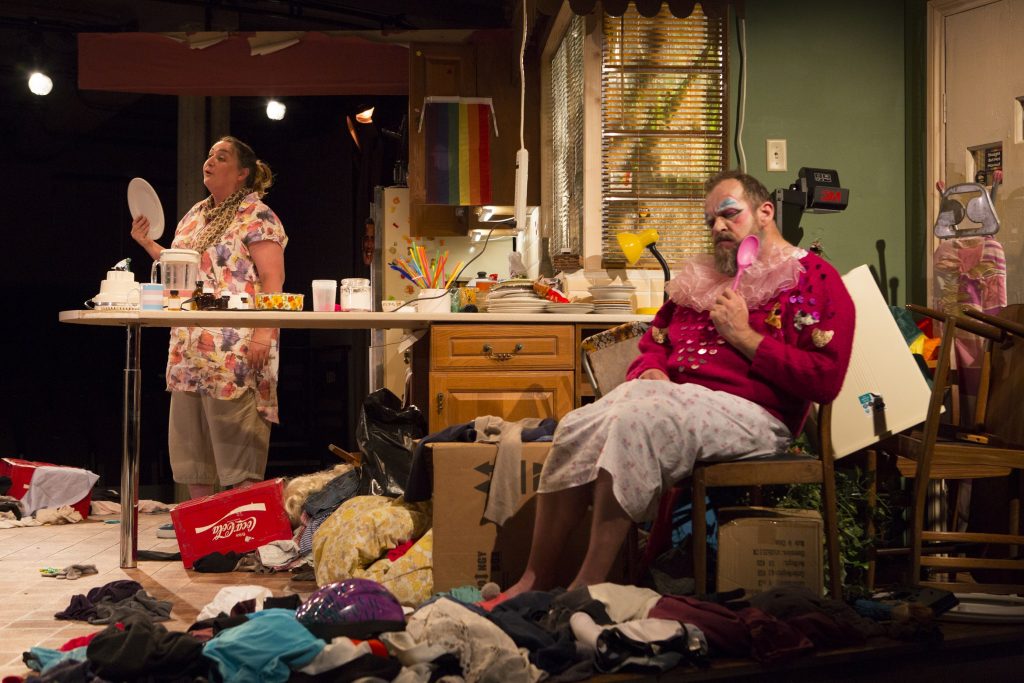 Grotesquely colourful, HIR is one of those plays that is entirely plausible to imagine as part of the English GCSE syllabus in a few decades. After its first staging in New York in 2015, the show finds its European premiere at the Bush Theatre. Still utterly relevant, the themes it raises speak with poignancy to our contemporary society. In a nutshell, the play is a portrait of the complex intricacy of family roles, tied in with a commentary on gender issues. En passant it also touches upon notions of security, exploitation, disability, and pop culture. Interestingly enough, this didactic vocation of the play does not act to the show’s detriment in the slightest: rather than being burdened down by its high-brow subject, the play cuts through it sharply, nimbly, in a revelatory way. The “paradime shift” happening across genders and generations manages to unveil the recesses of absurdity of the world we live in, as only great theatre can do. 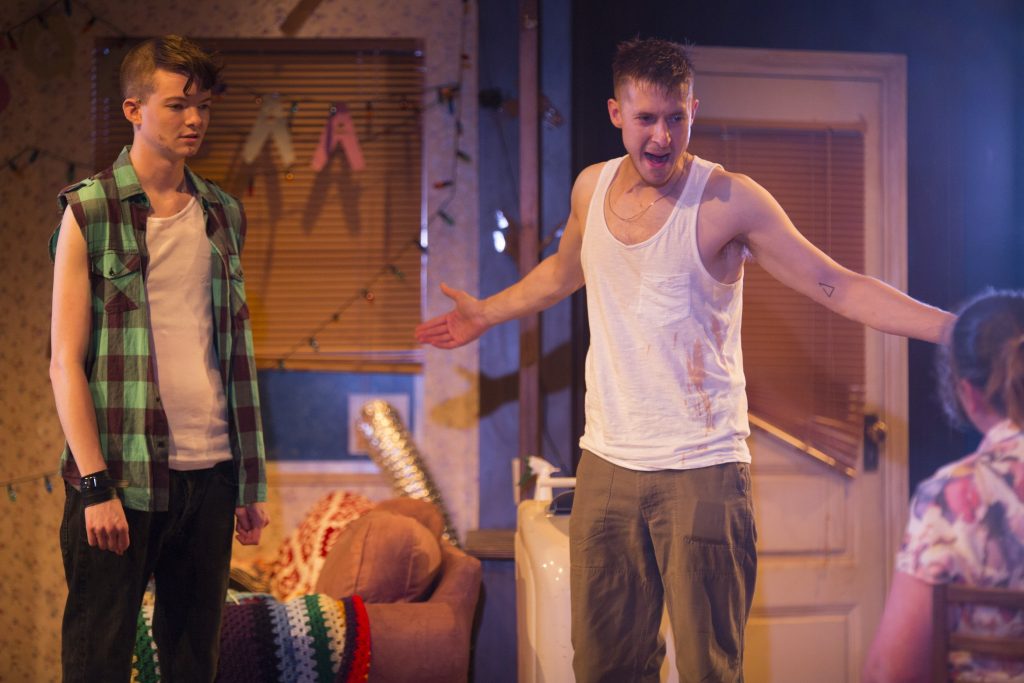 HIR can be brutal and extreme, and at times disturbingly radical. Other times, its humour steals abundant laughter. Jam-packed with food for thought, this play is both provoking and liberating, with touches of distress, a hint of healthy madness, and a generous sprinkle of general havoc.