Review of: Common at the National Theatre

Common is a cavalcade of obscurity, somehow playing on what is often considered the greatest stage in the nation.

It can sometimes be bad practice for a reviewer to see how fellow writers are responding to performances before putting out their own verdicts. It can shape or influence reactions ahead of publication, making you doubt initial thoughts in some latent attempt to conform to what journalists, often of a stellar calibre, can think. But in the case of Common, the clamouring din of negativity that emerged this morning was something of a shock – true it was by no means a fantastic show, with some severely restrictive flaws, but the fact DC Moore’s new writing has even been hosted by the Olivier Theatre is something of a thrilling reflection on the state of modern theatre.

Many reviewers have derided the performance’s confounding nature, a whirling mess of ideas regarding the (somewhat outdated) practice of enclosure, land demarcation and partitioning, as well as the impact this had on the societal relationship between land-owner and village folk. From here we see underlying rural tensions escalate and bubble into full-on conflict, wrapped up in eventual submission as the inexorable industrialisation and labour-based progress continues. The final notes are, as can be expected, a relinquishment to history rather than a defiant speech against it. 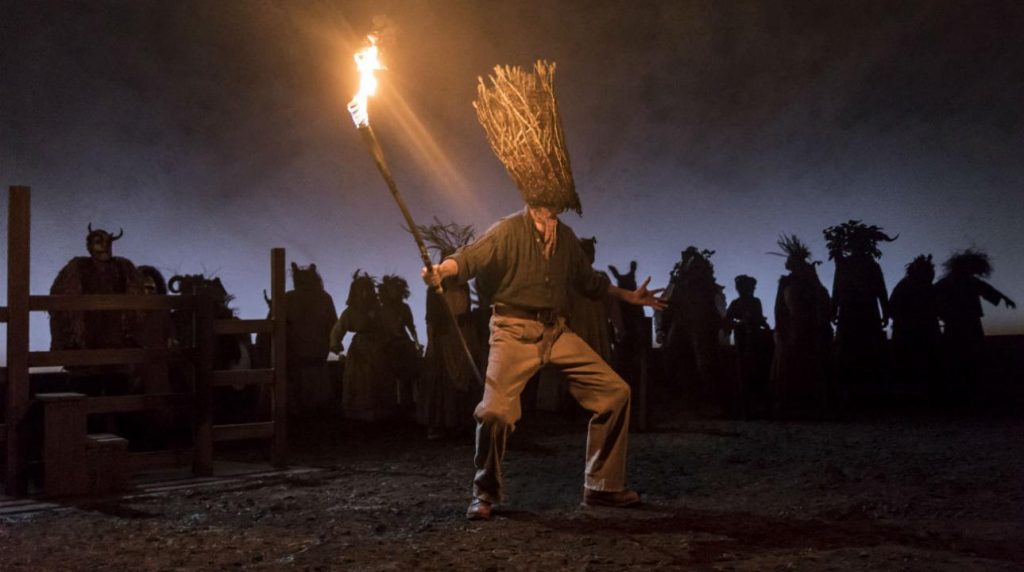 Moore coats the play with further discussions between institutionalised religion and folklore, creating tensions between an immigrant Catholic Irish community and the British rural folk of his microcosmic village. It’s a heady mix, and the two different strands rarely reconcile, particularly when daubed with a phlegmatic and densely packed series of linguistic choices. Even this falls flat in places, particularly when some characters then throw in the occasion ‘ennit’ – anachronisms only work when justified.

All of this chaotic conceptual rumination is overseen by Anne Marie Duff’s Mary, our protagonist. Former village resident, survivor of a supposed drowning, harlot, liar, manipulator, dreamer, schemer, she wears many hats throughout the piece. Mary is one of a choice few characters able to both witness and interact the audience in what is quite an off-kilter fourth-wall-busting choice by Moore, sometimes feeling as heavy-handed as the first-person narration introduced in earlier cuts of Blade Runner. Drawing Duff out of the action and into this omniscient position undercuts the real social tensions present with the other characters, constructing instead a sense of artificiality in the process. Duff feels awkward when given these monologues, instead hitting her stride when handling the melancholic ghoulishness of Mary, shuffling around the stage, haunted by memories of her time in London. 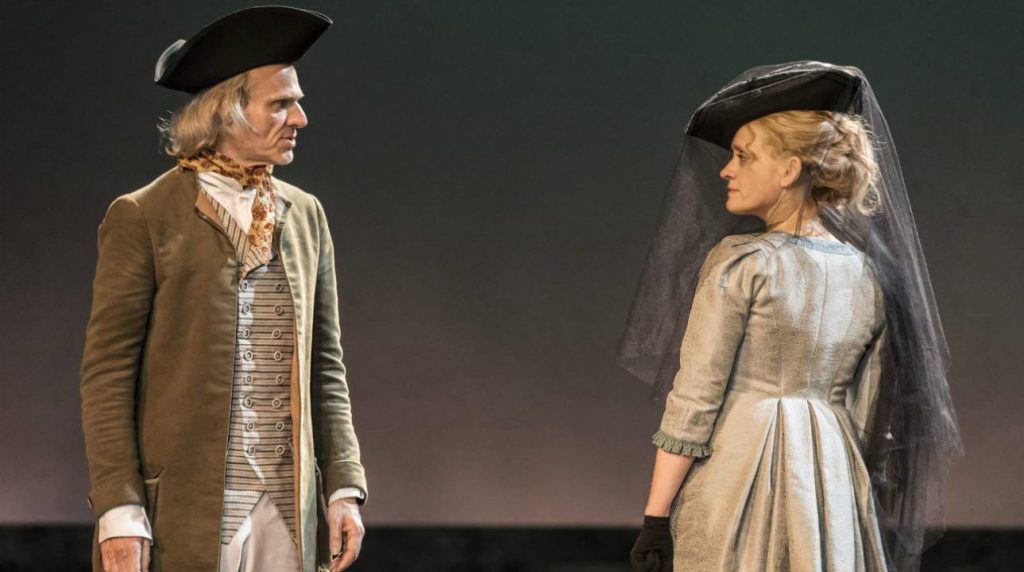 Director Jeremy Herrin seems somewhat restrained compared to earlier successes in People, Places and Things or even last month’s Junkyard, his finest moments coming when he floods the stage with townfolk, sliding onto the stages from all sides to violently assault or murder individuals. An intense trick, incredibly reminiscent of films like Wheatley’s Kill List (the final moments of which are, to this day, some of the scariest ever cinematically made), all aided by some subtly charged design from Richard Hudson. This was particularly effective in earlier scenes, where Duff’s jagged, red edges of an aristocratic blazer were the perfect contrast to the pale, pastil grub of the village folk. A red devil in a sea of beige and brown. The empty, muddy set of the Olivier was a barren, harrowing arena, a dark and dreary canvas onto which Moore’s ideas in Common ran amock and unrestrained.

The expansive programme is certainly essential reading for the show (another gripe – audiences should never have to fork out extra money just to decipher a riddling 150 minute performance), with the discussions on folklore and enclosure exposed and dissected with a historical precision. Mention of Kett’s Rebellion of 1549 was particularly intriguing – a rebellion indeed prompted by proposed enclosures, also instigated after a theatrical performance – the crowd brought to anger by having issues laid bare on a stage before them. Moore’s piece has little of this political clout, and it wouldn’t be an overstatement to say Headlong have had something of a misfire with the show. But the real thrill is seeing such an elusive piece placed on the National’s stage – simply to have such an engrossing cavalcade of conflict playing out can make for an interesting evening. Go simply to try to make sense of it, rather than writing it off as unintelligible.