Review of: The Pulverised at the Arcola

Harrowing testimonies from the globalised world flood through this powerful performance.

The Pulverised makes a statement from the off. Four characters lie spread out, bodies twisted, on a pile of rubble next to a forbidding concrete wall. Pounding music plays, and they rise and dance jerkily, faces contorted in pain. Then they begin to tell us about their lives, and for 90 minutes, their stories of the horrors of the modern globalized world are relentlessly communicated. This is not a comedy. 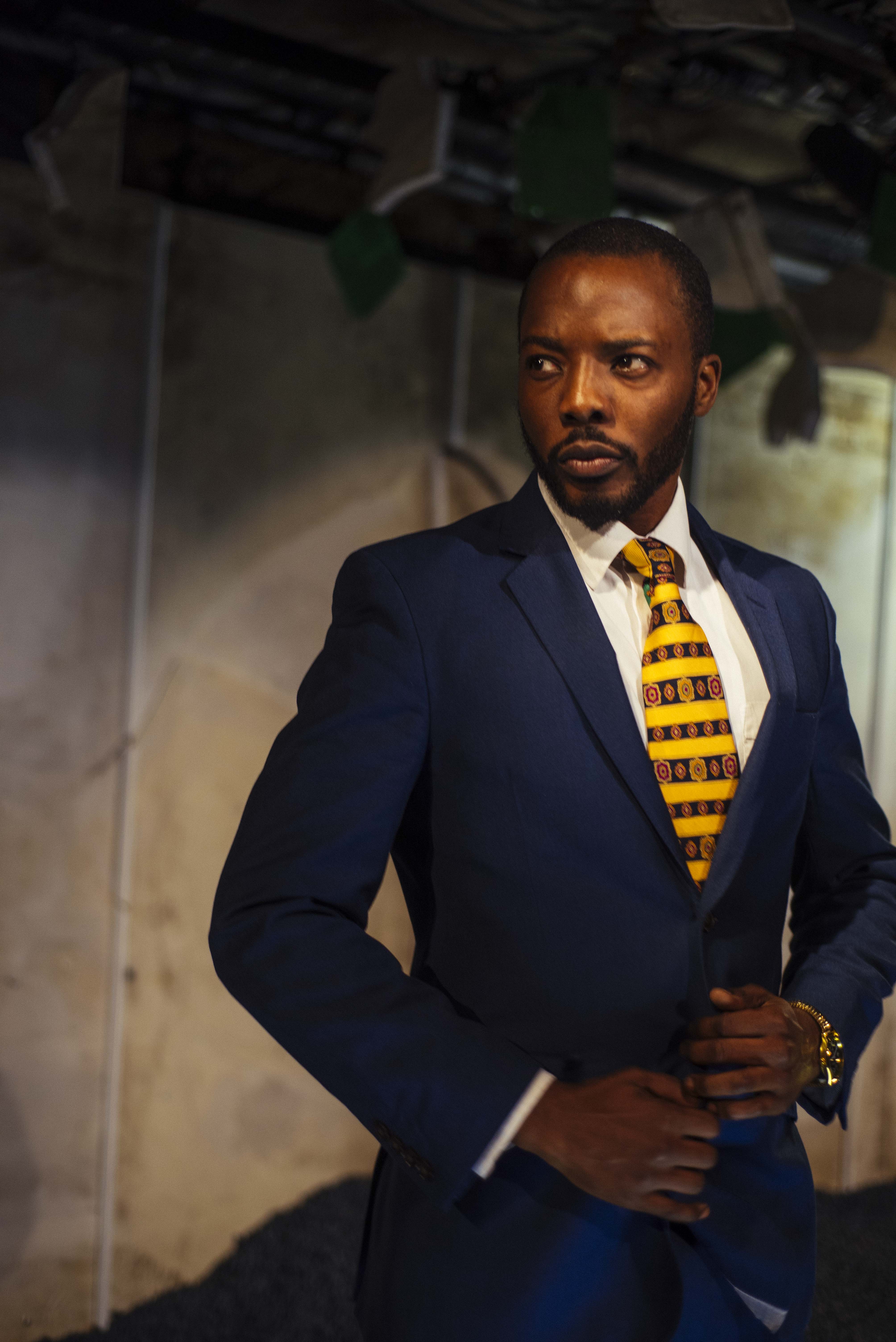 A Quality Assurance of Subcontractors Manager from Lyon flies the world, dropping into outposts of his multinational company for brief, ritualistic visits – China one day, India the next. He is so caught up in his efficient, box-ticking progress he only gradually notices his build-up of jet-lag, his disconnection from his family and the dehumanization of the workers he polices.

A factory worker in Shanghai, 16 years old, stands in a designated square metre of space, assembling TV boxes for consumption in France. There are only a limited number of toilet breaks available, so she daren’t succumb to normal bodily functions. She lives in a crowded dorm on site and spends her nights doing extra work for pin money.

A call centre Team Leader in Dakar, Senegal rises from the bed he shares with another underpaid worker and travels hours to his job, where he dons his fake Versace suit and chivvies the staff into speaking to customers like automatons, treading the company line to a fault, only breaking when a potential new recruit shows up his wage-slavery and submission to The Man.

A Research and Development Engineer in Bucharest, an executive, makes plenty of money but at the cost of time with her child at home, who she views from her desk on CCTV. When she doesn’t gain promotion, after working very hard for an interview in which her interlocutor falls asleep, her life and her hope in the future fall apart.

The Pulverised is a portrait of a world that has lost its heart. In the pursuit of profit, workers at various levels of multinational hierarchies become disassociated from normal human rhythms, their bodies merely dispensable cogs in the great machine. Intimate relationships are tortured until they’re destroyed. Connection with others is made via screens, and all co-workers are in competition, on an impossibly fast treadmill designed to make their company owners more market-share. We may have thought we knew the meaning of the term ‘rat-race’, but this piece of theatre makes the global connections that highlight how much worse than our understanding things really are.

Writer Alexandra Badea has crafted a brutal but essential play here, with a broad reach yet so many particularities that we can experience being under the skin of each benighted protagonist. Andy Sava directs with imagination and force, and the actors are strong, particularly Solomon Isreal as the call centre employee, who has a directness and nimble grace that are compulsively watchable. Audiences will have to search hard for hope, but The Pulverised is better for having no pat solutions to the gargantuan problems it illustrates – issues humanity clearly must address if it wants to work against the spoilage of all our lives by big business.