The Balkan Bad Boys appear again, in what is essential viewing for Boris and Sergey novices - although perhaps less consistent than their previous output.

First things first: if you have never heard of them, Boris and Sergey are a phenomena of the Alternative Fringe Theatre. If you’ve never caught the “Balkan bad boys” before, you need to – fortunately, they’re pretty much never out of work, with a rolling team of puppeteers touring three different Boris and Sergey productions. With now five full-length shows on their belt, this double act lies somewhere between the charm of a low-fi indie hit, and the following of shambolic superstars. Whilst their concept was developed as a response to performing in cramped, sweaty Fringe venues, Astonishing Freakotorium sees the pair graduate to the puppet equivalent of a large-scale spectacular – multiple characters, technical effects and audience-wide participation in the beautiful faded glory of Wilton’s Music Hall.

Boris and Sergey’s Astonishing Freakotorium demonstrates that this duo can more than handle a large audience. And what is unique to their dynamic remains the production’s principle strength. Amongst the gags and the chaos, it is easy to forget that these are excellent puppeteers with teamwork that borders on telepathy. It is simply a joy to see these two foulmouthed puppets move – and that is before you take into account the extraordinary fact that large portions of their show are completely improvised. I have seen significantly less entertaining improvisation troupes who didn’t even have to worry about whether or not their legs looked realistic. That this team of six puppeteers juggle both simultaneously is no mean feat. 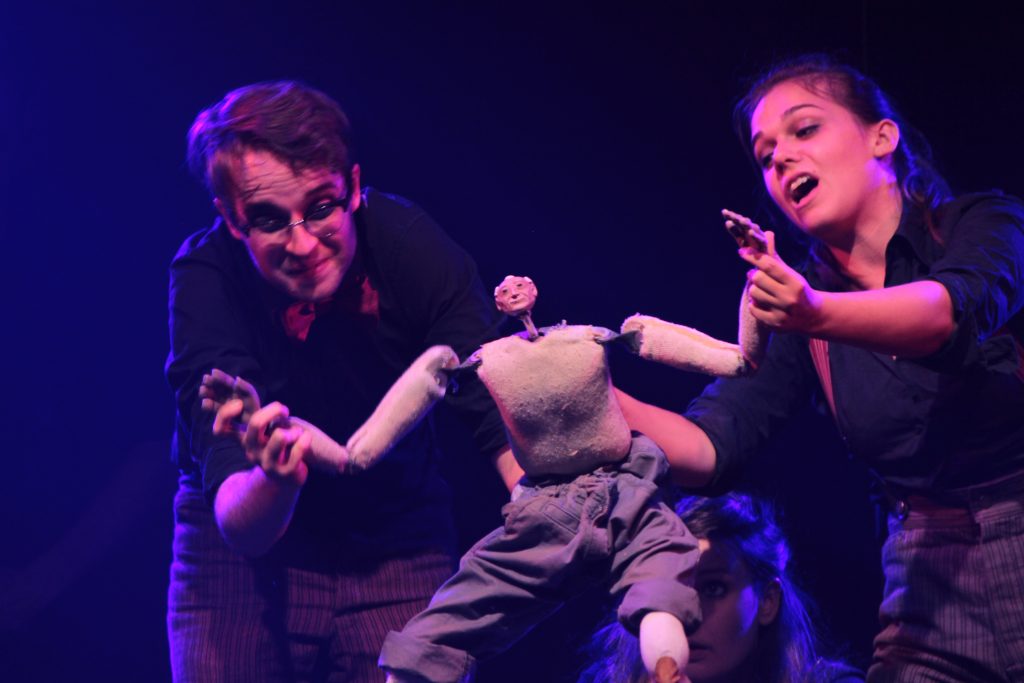 This skill is carried across to the other puppets featured in Boris and Sergey’s Astonishing Freakotorium, who form a kind of sideshow to the main duo’s antics. Particularly impressive is the tiny-headed giant Pierre le Petit Tête Gustav, who simply has the most fascinating knees of any puppet I have ever seen. However, whilst welcome diversions to the main event, these others characters feel underdeveloped in comparison. Whilst Astonishing Freakotorium bills itself as a variety act, rather than a double act, none of the assorted freaks are as compelling as their badly-behaved hosts. In particular, a long (albeit beautiful) sequence where Pierre le Petit Tête mourns his dancing partner Juan Tamino doesn’t feel like it has earned our emotional investment. Flabbergast have long excelled at bringing out comedy and pathos in puppetry – but sometimes, these moments of pathos that pepper their shows can feel gratuitous, as if they have been included to showcase skill rather than move their audience. Tatterdemalion pulls off such sequences with more success, but in Astonishing Freakotorium they feel like ground already covered.

The comedy, however, is spot-on. I’ve seen Boris and Sergey’s improvisation work before, and whilst their spontaneity dazzles in Astonishing Freakotorium, it benefits from the structure of their prepared comic material. The four-star rating given here is more representative of the duo than this show in particular. Whilst Astonishing Freakotorium may not be as consistently strong as their previous outings, it is near-essential viewing for newcomers to their work.