Once the furore surrounding Emma Rice’s deposition (in all but name) from Artistic Director of the Globe cooled, there were two hot questions on everyone’s mind:
1) Who will the Board offer the job to next?
And
2) Who the hell would accept it?

The Board’s somewhat unceremonious dumping of Rice has left it in an absurd double bind, and it knows it. It must simultaneously choose a candidate left-field enough to satisfy calls for diversity (dismissing its first female Artistic Director after one season was not its most political move in this field), but also one conservative enough to not mind operating within a closed brief. In short, the Globe has to stay become both relevant and irrelevant in order to survive.


This is, understandably, all a bit of a headache. Theatre Bubble has had some beef with the Board over this issue, but to show we hold no hard feelings we’ve prepared for the Board a handy breakdown of the CVs of the most likely candidates. We also stuck a few curveballs in at the bottom to keep you all entertained. 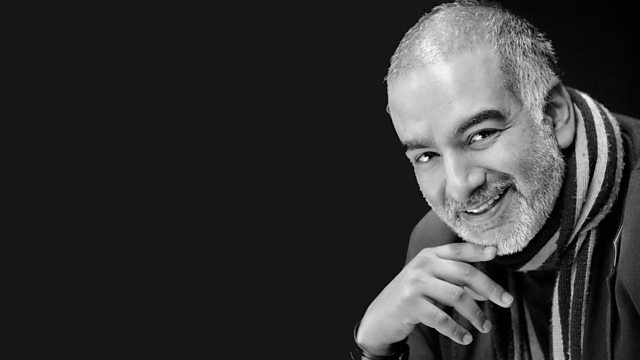 Dubbed “the greatest radical classicist of our generation” by Emma Rice, Khan is conversely the the Globe’s safest choice. He’s got the appropriate CV credits – Macbeth at the Globe during Rice’s Wonder Season, Othello and Much Ado at the RSC – and perhaps more importantly, he’s from a BAME background. So where’s the catch? He’s solid, but has yet to dazzle audiences with something defining. His Macbeth fell short of making a mark alongside the Globe’s Taming of the Shrew and Midsummer Night’s Dream last season – failing to impress either purists or those with wilder tastes, with the former especially struggling to swallow the addition of a fourth witch and a Macbeth Junior. His Othello, featuring the RSC’s first black Iago, fared considerably better.


What would this mean:
More diverse casting, and larger casts with spurious offspring. Like Tom and Jerry Kids but with Rosencrantz and Guildenstern. 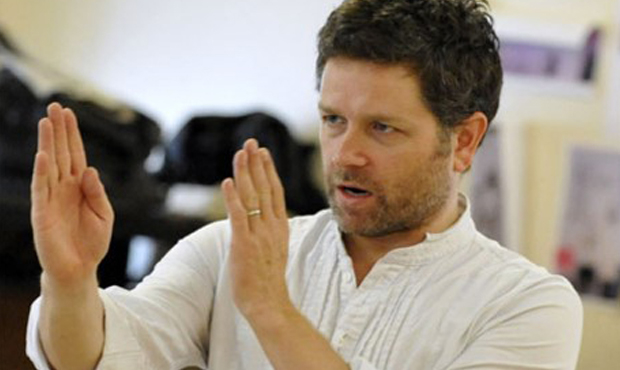 We’ve got a bit of a soft spot for Matthew Dunster here at TB. His CV calls him “an Olivier-nominated director, writer and actor” – although it’s worth noting he is only Olivier-nominated for the first of those three. His is a star on the rise – a current Associate Artist with the Young Vic, he was also an Associate Director under Emma Rice and brought a revolutionary (or should that be rave-olutionary?) Imogen to the Globe that saw heroine at the fore. In fact, he has directed five productions at the Globe to date. He’s dipped his toes at the RSC, too, with 2015’s Love’s Sacrifice.

But Dunster is in Rice’s corner, making his allegiances pretty clear via Twitter in the wake of her dismissal. He will return to the Globe in July to direct a Latin-influenced Much Ado About Nothing for her Season of Love, but is unlikely to take the reins after her departure. But don’t rule it out – Dunster’s a versatile director, who has demonstrated he can incorporate doublets as easily as drug-dealing dynasties in his work at the Globe.

What would this mean:
A highly confusing handover in the corridors of power where things would mostly seem to stay the same. 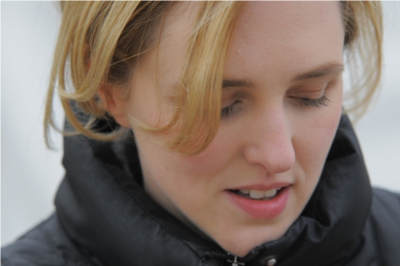 Hear us out on this one. Harvey has done some incredible things at North Wales’ Theatr Clwyd, granting the venue a new lease of life and clout among the touring production circuit. Her plans for 2017 are equally appealing. Her Bard Credentials are equally weighty – she’s got Globe experience, trained stateside with the Shakespeare Theatre of New Jersey, and even oversaw some of the performing in the often overlooked Anonymous film. So she has the scope to appease both the purists and the unorthodox. Most importantly – she’ll be bursting the London bubble – giving the Globe the chance to sidestep the Rice controversy by hiring from afar. That said, she’s only a season into her tenure at Theatr Clwyd – a premature exit may leave something of a bad taste and a disgruntled North Wales to deal with.


What would this mean:
New blood, new perspectives, new voices. A tactical move that puts the venue in a safe pair of hands? Definitely not one to write off straight away. 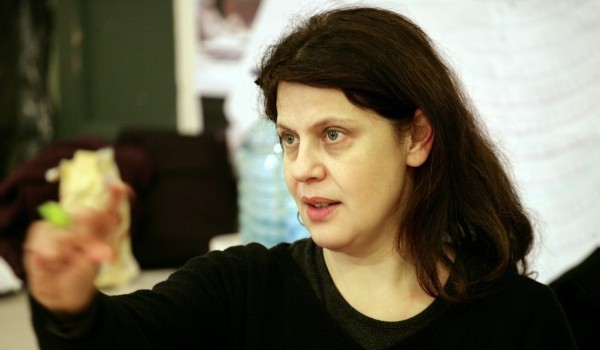 The same boat as Harvey really, a female artistic director making big waves outside of London. Silbert has now put in 5 years at the Birmingham Rep, and formerly was an associate director at the RSC. Before that she even posted 4 years at Paines Plough – credentials like these do not come lightly. She’s also had some heavy hits since joining the REP – Anita and Me, Of Mice and Men and The King’s Speech to name but three. Silbert has, however, seemingly shaken the Shakespeare bug in recent years – perhaps reflecting a lack of desire to commit to the Bard full time? Then again, Rice was far from a purist – we’ll have to wait and see.

What would this mean:
Again, new blood and perspectives. Birmingham has been a hotbed for new and regional talent, and seeing this transplanted to the Globe is an appealing prospect. 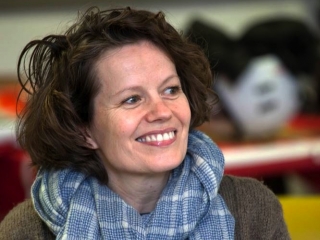 Cookson has become another national sweetheart, her rejigged version of Jane Eyre now embarking on a national tour following a spell at the National, while Peter Pan also soared into audiences’ hearts at the Olivier over Christmas. Even La Strada is currently conducting a victory lap across the UK. Cookson has basically made her low-tech approach to theatre essentially inescapable, and brought audiences around to her exciting and story-driven style that relies heavily on devising. But will her low-tech theatre ever fit the orthodoxy of the Globe stage? Probably not, but it’d be enchanting nonetheless.

What it would mean:
Even more use of surreal props. Agincourt fought with wooden spoons. The Hollow Crown made from wicker. And an inevitable puppet bear for The Winter’s Tale.

Unthinkable, but we’re thinking it 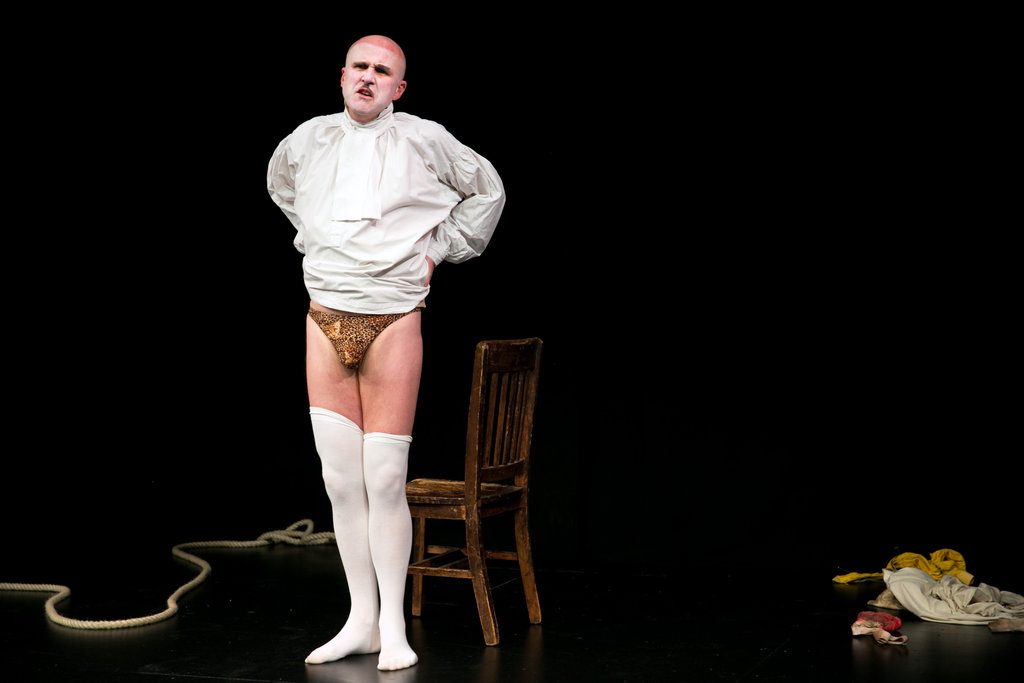 Crouch has had an illustrious career through his dabblings with the Bard – his I, Shakespeare collection encouraging revisionism among the youth of today. After international successes with The Author and An Oak Tree, we’re more than certain the man knows how to make a show sell. That said, his left field approach to theatre entirely rules him out, as lovely as the experience would be.


What would this mean:
His interrogations of form may have profound effects at the Globe – making us ask questions we never realised we wanted to ask. What is signified by the ‘Globe’ anyway? How does it configure in a post-structuralist framework? If we replaced the Globe with say, an inflatable paddling pool and still called it the Globe, would it still be the Globe? We can but muse. 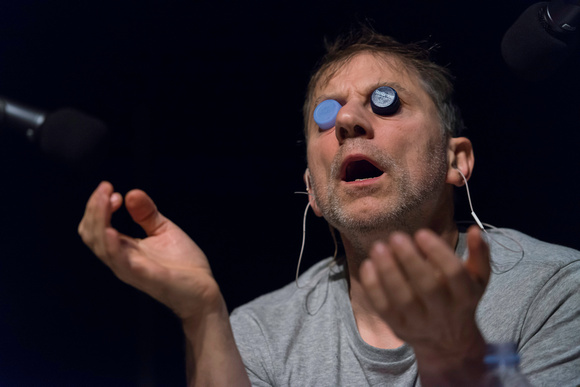 If you thought McBurney’s pioneering use of binaural sound technology astounded the artistic community, this would be nothing compared to the effect of an expectation-defying shock move to Artistic Director of the Globe – a tenure which would inevitably end with McBurney opening an actual rip in the fabric of time and taking us all back to the Renaissance, where the Board would be considerably happier.

What would this mean:
Longer runtimes, as each play would open with a ten minute monologue from a McBurney surrogate wrestling with the dilemmas of what it even means to put on a “Shakespeare” play anyway… 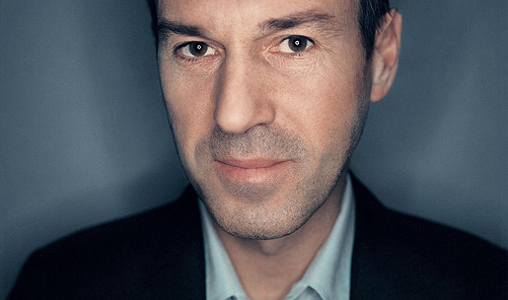 Van Hove has become the lovechild of UK theatre, with his recent interpretations of the Roman Tragedies and Hedda Gabler, earning themselves near-universal praise (I liked the fact I could eat a sandwich during a performance without the usual condemnation). Van Hove constantly strives to tear up the theatrical rulebook – something that audiences, though certainly not the board at the Globe, seem to be loving these days.

What would this mean:
Matt Trueman would probably perish in a ball of critical ecstasy.