Review of: The Goat, or Who Is Sylvia

This is a play that can make people feel a lot of things: humour, disgust, love, hate, sorrow and joy. It’s an emotional rollercoaster worth taking.

The title of The Goat, or Who is Sylvia? is telling. It connects the ideas, so when a character first asks, “Who is Sylvia?” the audience sniggers knowingly. Sylvia is, of course, a goat, and Martin (Damian Lewis) is having an affair with her. It’s absurd, and it’s awkward, so it makes one want to laugh.

That absurdity makes The Goat the funniest tragedy I’ve seen this year. Albee’s script revels in its weirdness. Martin reveals his animal infidelity to friend Ross (Jason Hughes) who tells his wife, Stevie (Sophie Okonedo), leading to a fight that makes up the meat of the play. In it, Martin’s confessions are interrupted by quick-witted arguments over semantics and the most nonchalant furniture smashing domestic disputes have ever seen. It’s brilliant, because the comedy and tragedy are intertwined. The play is tragic because Martin has fallen in love with a goat. The play is funny because Martin has fallen in love with a goat.

Lewis is a wonderful actor, and doesn’t disappoint here. Onstage for the whole of the almost two-hour run-time, he manages a steep character arc with sustained energy and emotion. He’s tasked with convincing his audience that the love between him and a barnyard animal is real and wonderful, and he does it. Okonedo’s American accent is slightly forced, but her deadpan delivery in the face of relationship-ending trauma, married with outbursts of brutally honest horror is captivating. But both jump to a laugh a tad too quickly.

The Goat has a subtitle: “notes toward a definition of tragedy.” There has to be a point where the laughter stops, and at least on my night, it never quite happened. It’s the big “but” on the back of an otherwise spotless production. It isn’t that the tragedy was lacking in performance, staging, or direction; I got shivers in the right moments. But that tension was too often broken by comic absurdity. Director Ian Rickson may have needed to make tough decisions and cut or change jokes in the middle in order to smooth the transition to pure tragedy by the final minutes. 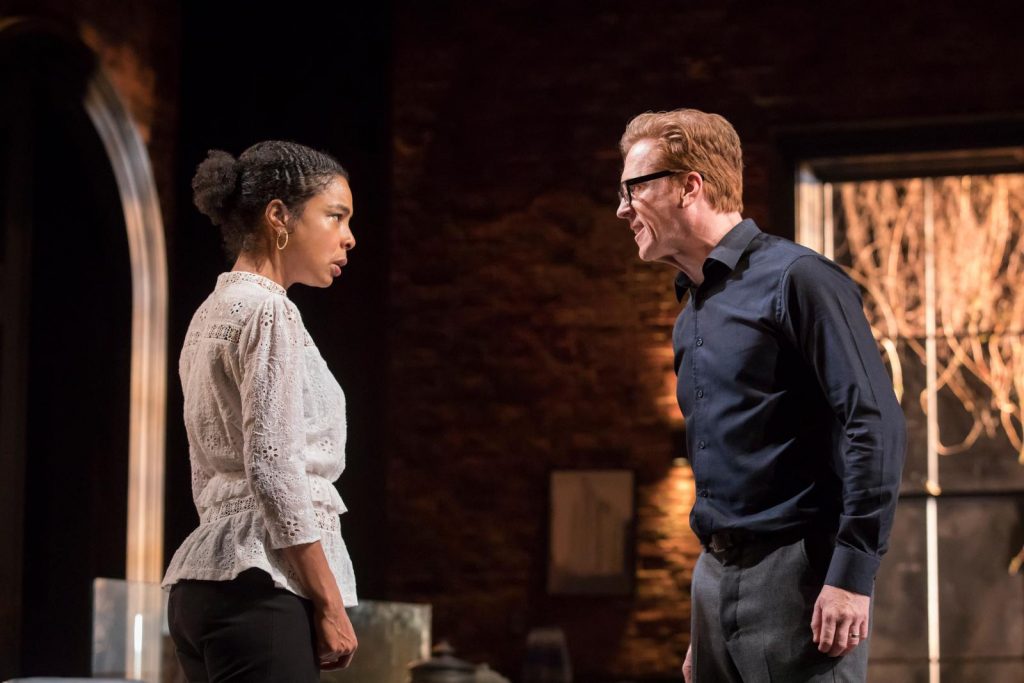 That’s not to say that isn’t very good. Rae Smith’s set is particularly detailed for something destined to be destroyed nightly. Original music by PJ Harvey accompanies transitions, but is tastefully limited. Jason Hughes is solid in his, admittedly, limited role, and the stage debut for Archie Madekwe as the couple’s gay, infantilized son is notable for two reasons: his accent (the best of the cast), and the believability with which he handles one of the play’s most intense events.

It’s frustrating, feeling that everything but the end of The Goat is as good as the title. But this is a play that can make people feel a lot of things: humour, disgust, love, hate, sorrow and joy. It’s an emotional rollercoaster worth taking.