‘Open, porous and plural’ – Madani Youris’s vision of the new Bush Theatre, reopening after a year-long, 4.3 million major redevelopment by award-winning architects Haworth Tompkins (also responsible for theatres such as the Shed, the Liverpool Everyman and the redevelopment of the Chichester Festival Theatre in 2014). 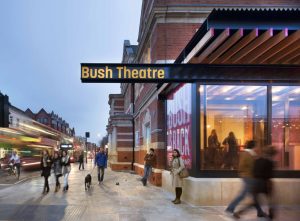 After a year of spending a rather nomadic year on the road, making plays in spaces ranging from rooms in pubs to community centers right to karaoke bars, the new Bush is just about ready to open its doors and re-welcome the community for whom it has been made. And what a space it is; smooth metal surfaces and bare plywood contributing to a rather efficient and industrial feeling, arguably as transient as the plays in the auditorium itself. As soon as something gets stained or broken, all it takes is a trip down to the hardware shop, another sheet of ply and voila. In terms of design and upkeep, a veritable miracle. This does, however, also have the effect of making the space seem like a rather blank slate – it’ll be interesting to see how the feel of the rooms develop once they have had some of the inevitable wear-and-tear that comes with being a producing house. 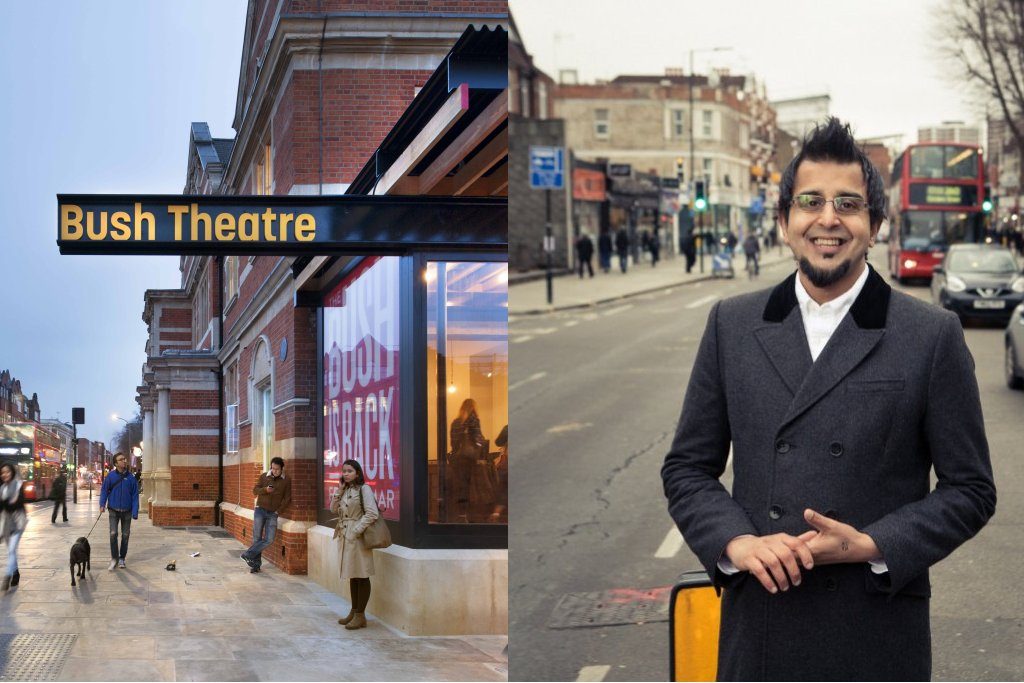 Younis has been very clear about his ambition for the space, to open up the secrets of ‘what happens in the theatre’ both onstage and off. Small hatches in the soundproof outside wall open up so that customers in the cafe can peer inside, watching technicians, actors, designers and all those integral to the functioning of the show go about their previously hidden business. The new front of the building also has huge, glass, floor-to-ceiling windows so as to try and connect those within to the community outside on Uxbridge Road as well as a completely redesigned box office area for access purposes. As was pointed out, there are those in the Shepherd’s Bush Community that still remember the theatre from its library days – memories that the building tries hard to curate with the newly-opened script library and with nods to some original features that have accompanied the building through it’s jerky transition to the 21st century.

It remains to be seen whether these design features and the re-planning of the space will have an effect on the audience the Bush attracts, however it seems clear that the programming will be, as ever, bluntly non-apologetic. The international Black Lives, Black Words will mark the start of programming at this new space, followed by a wealth of new work from playwrights all over the world – information on all of these can be found on the Bush’s snazzy website.

With the recent diversity conversations and incidents that have been happening throughout the London theatrical scene, the Bush’s return to full producing power means that their voice can be added to the throng of theatres and artists clamouring for action. Younis’s status as the first non-white Artistic Director in London is proof that we still have a long way to go to reach any kind of ethnicity balance within both the management and the performances in our theatres – the Bush’s re-opening hopefully being the catalyst we all need to address diversity issues in the pieces that we produce and perform, following in the footsteps of the West London venue.