Review of: An American in Paris at the Dominion Theatre

An American in Paris may play on the sense of nostalgia that has come to typify modern cultural tastes, but it has both the means and talents to do so with the means of creating quite a spectacle

This afternoon, the director of An American In Paris, veteran choreographer Christopher Wheeldon, thanked La La Land for bringing back the themes and the ideas that have led to the show’s West End popularity (after a pretty stellar Broadway run too). If anything, this sells American In Paris short – rather the non-Best Picture winning film almost ruins the surprise instead of creating the hype, for what is, it turns out, a solidly adapted and wonderfully executed iteration of the famous 1951 movie.

We relocate to post-war Paris, a hub of uncertainty and dubious celebration (interspersed, during a tightly choreographed opening number, with some more vivid depictions of the mood of the period – women with shaved hair scorned for being collaborators, broken families longing to be reunited, rubble lining the streets). It’s a city in search of purpose, conjured with set and projection by the legendary designer Bob Crowley and 59 Productions respectively. The juxtaposition of romanticism and decay is stark – one that slowly ebbs away as the characters, and their city, begin to find a new sense of clarity after occupation. 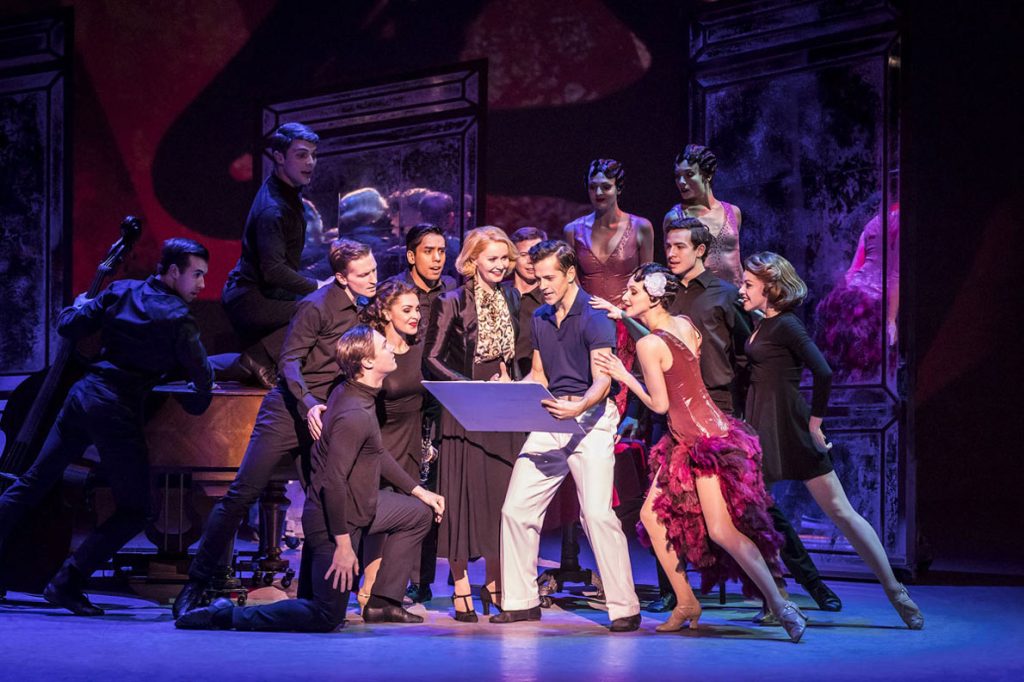 Robert Fairchild is Jerry, an American (but maybe not the American) staying in the French capital, now enchanted by the constant encounters with (and subsequent flights of) one Lise Dassin, portrayed with poise by Leanne Cope. Dassin, harbouring some dark past later revealed, is also a ballet dancer on the cusp of stardom. We see romantic angst, artistic expression under the microscope, love quadrangles, flashy displays – a plot suitable both for those familiar with the film and those less so. It’s a vibrant, punchy performance that never feels old or tired, mixing some exquisite ballet sequences, musical numbers and (eventually) some hard-hitting historical realism.

For all its charm, the play (and this production) clearly bares a few scars – playful references to homosexuality garnered little laughter and felt woefully outdated, while the cast were, at best, less than reflective of the racial diversity that West End shows should uphold. As a result, the show meandered somewhat in the first half, dealing with three men’s infatuations with a woman they (as they later admit) perhaps know less than they might, which, in the present age of theatre, doesn’t hold as much water as it used to. This comes up slightly towards the end too – when one character said he did ‘get the girl…I had her in my music’ – a strange sentiment that perhaps extinguishes some of Lise’s own agency in the course of the production.

That said, the show certainly has a rather large ace up its sleeve in the second act – a 15 minute, beautifully choreographed piece of ballet (‘written’ by character Adam Hochberg, played with an Woody Allen-esque self deprecating verve by David Seadon-Young), that saw the company really come into its own through movement after movement of a new ballet, packed with vibrant primary colours and two-dimensional shapes. In the midst of the anarchy appear Fairchild and Cope, now alone, together, capable of knitting a romance never really fulfilled through the book. A passage nothing short of mesmerising, and allowing Wheeldon to finally let himself lose on what he does best.

An American in Paris may play on the sense of nostalgia that has come to typify modern cultural tastes, but it has both the means and talents to do so with the means of creating quite a spectacle.