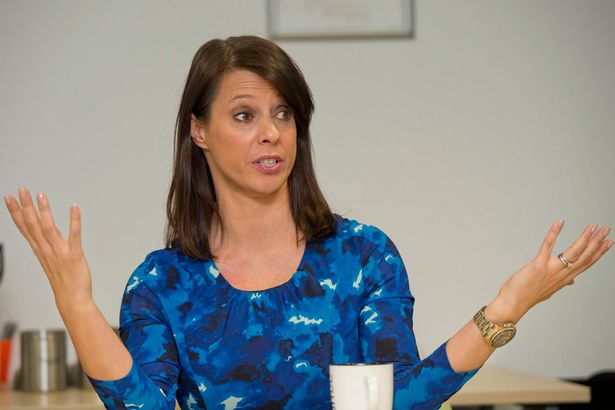 In today’s missive from the department of No Shit Sherlock, Labour MP Gloria De Piero has written in The Guardian of her concern that acting might be dominated by people from a privileged background. In fact she’s so concerned she’s launching an inquiry. It’s probably decisive action like that which made her time as Shadow Culture Secretary so memorable, if you don’t remember her time championing our cause, don’t worry nor do I. Here’s what she had to say about her new inquiry:

The inquiry, Acting Up – Breaking the Class Ceiling in the Performing Arts, will look at the whole length and breadth of the “leaky pipeline”, the stages at which working-class people fall out of the net, from primary and secondary to drama school, to getting an agent, to casting, to being typecast into narrow and low-paid roles even once they’ve become established.

The last bit made me laugh out loud, I love the idea that people are paid fees according to the class of the character they’re playing – presumably it would actually work quite well for the method actors out there, but it’s obviously rubbish. The issue is that everyone in theatre, bar a handful at the top, are in no-pay / low-paid roles. It’s just some people have the means to support themselves independently of that. The fact that Ms De Piero doesn’t realise this, and needs an inquiry to find it out, says more about how well she spent her time as Shadow Culture Secretary, rather than the actual need for an inquiry.

The arts have been under assault from successive governments since 2007 when the funding cuts began as money was siphoned off to pay for the Olympics. If the Theatre industry was a person then they’d have just undergone a 10 year long mugging and they are now lying on the pavement bleeding, surrounded by politicians still rifling through their wallet whilst giving them a damn good kicking. Don’t get me wrong, if those same politicians launched an inquiry entitled ‘Why is This Person Bleeding So Much And Why is My Kicking Leg Getting Cramp?’, it would be all well and good, I just have a feeling that the person lying on the floor might prefer it if the politicians just stopped kicking them and gave them their wallet back.

In all seriousness why on earth does she need an inquiry – surely you can work out a priori that if funding is cut for arts in state schools, if course fees go up for arts colleges and maintenance grants are abolished, if huge funding cuts mean you have to work at least the first 10 years of your career on a low pay / no pay basis supported by your family, second jobs or private wealth and even then, when you’ve ‘made it’, still have zero job security, knowing all that surely you can see why only people from an affluent, secure background would feel confident going into the arts? It’s not about bashing people with privilege, but creating a properly funded arts ecosystem where you don’t need to be privileged in order to lead a financially stable existence.

I should probably be slightly more upbeat – at least she’s raising the issue. But I’m just so exhausted. The answer is just so obvious. We need more money. If you can’t give us more money an inquiry is going to be neither here nor there.