Review of: An Evening With An Immigrant

Price:
from £10
Reviewed by: Zelly Lisanework

A bitter sweet solo performance about life as a creative and an immigrant on a journey to find a sense of belonging.

What is home? Well that was the question on my mind as playwright, poet and performer Inua Ellams invited the audience to spend An Evening with An Immigrant. I was intrigued by the audience demographic that attended the intimate setting of the New Wolsey Studio and I took it to be a positive sign of willingness to listen and engage with a new experience. It soon became very clear that this is no theatre piece, but instead a solo performance that takes you on a very personal journey.  Ellams instantly put us at ease with an entertaining entrance that you won’t be able to resist clapping along to.  His introduction was so casual and conversational in approach that I felt like I had been waiting in anticipation to see an old friend who was about to sit and share the tales of his adventures and he managed to maintain that element throughout the piece. 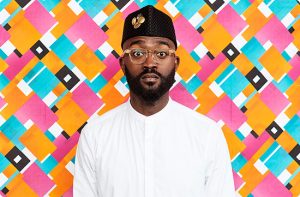 Born to a Christian Mother and a Muslim Father, Ellams begins his story in Nigeria and navigates the audience on his journey when he left for England at twelve years old, moved to Ireland for three years and then returned to England again. He manages to weave the rich, soulful music by DJ Sid Mercutio into his narrative throughout with such ease, that it never dominates his storytelling but rather enhances it. The music is the heartbeat to his spoken word poetry that he delivers in a visually evoking manner and which is directed with the utmost skill and precision. His poetry and anecdotes are filled with comedy tinged with poignancy and that resonate particularly well when he explains what growing up in Nigeria was like, particularly with his observations of family life. I was captivated by his natural warmth and his ability to capture how he felt in each moment of his memories while also taking the audience on that journey of emotions with him. I particularly enjoyed the distinction between UK and African storytelling that Ellams hilariously makes an observation of and cleverly uses in his own layering of his narrative.  Leaving and arriving are both emphasised equally as a source of pain and uncertainty for him, particularly with the events that lead to those decisions.

Ellams explores the internal and external monologue of his storytelling simultaneously and in often contradicting ways, which for me brought to mind a Virginia Woolf quote that defines joy and pain as two sides of beauty in the world “cutting the heart asunder”.  While this performance is a journey of his life through the lens of being an immigrant (a label he appeared to be unsure of at times),  it is also a journey about artistic expression and how the two have fused and at times conflicted with one another. The message I took away was the need for more compassion right now and it served as a caution of loosing that to ignorance and fear, because without immigration; we certainly wouldn’t have a chance of nourishing diversity in the UK and within the Arts.

An Evening with an Immigrant will be continuing its run at the Alphabetti Theatre Tuesday 7th March till Wednesday 8th March at 19:30. You can book your tickets from their website http://www.alphabettitheatre.co.uk/whats-on-menu/whats-on/17-whats-on-articles/128-an-evening-with-an-immigrant or through their box office on 0191 261 5906

Written and Performed by Inua Ellams