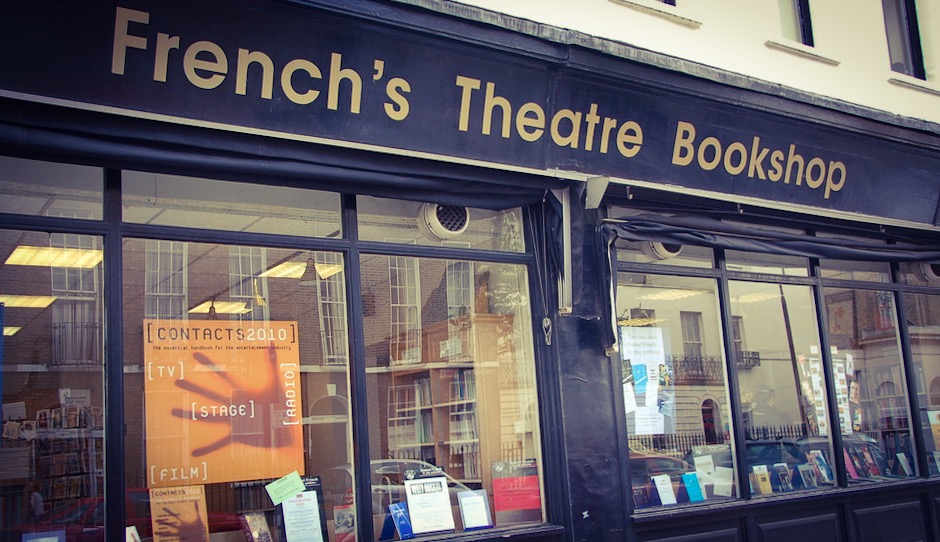 Book seller and theatrical rights agent Samuel French has announced the closure of  French’s Theatre Bookshop after 187 years. The business will continue to sell books online which it says already make up 4 out of every 5 sales. The closure has been blamed on “unsustainable rental increase”.

Managing director Douglas Schatz told The Stage newspaper that the rent on the premises, which also house the companies offices, has increased 200-300% over the last five years.

Samuel French opened their first bookshop in London in 1830. It moved to its current premises on Warren Street in 1983. The company now plan to move their offices to new premises near Euston, where the publishing and licensing arms of the company will be based.

The real loss for the Theatre community isn’t going to be the bricks and mortar though, but the collective knowledge of the expert staff, who could pick you out an audition monologue with one man from Yorkshire and a 39 year old woman with a lisp in about 5 seconds flat.

The company is obviously hoping it will be able to take that expertise online, with Schatz commenting: “We have a great team here who know theatre and books inside out, so we will be at the end of the phone and on live chat. We won’t be a faceless online business. We want to make it very personal and part of the community”.

However, with the best will in the world, when no other company anywhere has managed to create an online and telephone based experience to match face to face interaction with a real person, I am afraid our hopes are not high. Especially as Schatz has had to admit that some job losses are almost certain following the closure with the inevitable loss of expertise that that will entail.

The doors will finally be closing on French’s bookshop this April. With large price reductions in the run up to the closure, it’s worth getting down there soon if you want to pick yourself up a little piece of London theatre history.

If you’re not sold on buying your scripts online, and want to carry on supporting independent theatre bookshops, you can still peruse the shelves at: Calder Bookshop, Royal Court Bookshop and The National Theatre Bookshop. If you have any other suggestions for great theatrical bookshops please do share them below.