The Unicorn (named one of Theatre Bubble’s favourite venues for 2016)  kicks off 2017 with two shows geared towards entertaining those of all teen ages – also featuring the revival of a beloved metallic character.

The unexpected arrival of the monstrous Iron Man causes havoc on the village. The terrifying and mysterious metallic giant is devouring every single piece of metal in sight: from tractors, old cars to fences – right down to the last rusty nail, and destroying farms and houses everywhere. The angry villagers try and trap him but in the end it’s down to a young boy to try and tame the monster.

Combining sound, shadow puppetry, and movement, Matthew Robins returns to the Unicorn following his acclaimed show, Something Very Far Away which he created with Mark Arends, and re-imagines the world of The Iron Man with his distinctive hand-made and visual style of story-telling that is created live onstage. The performers are Justyna Janiszewska, Avye Leventis and Daniel Naddafy. 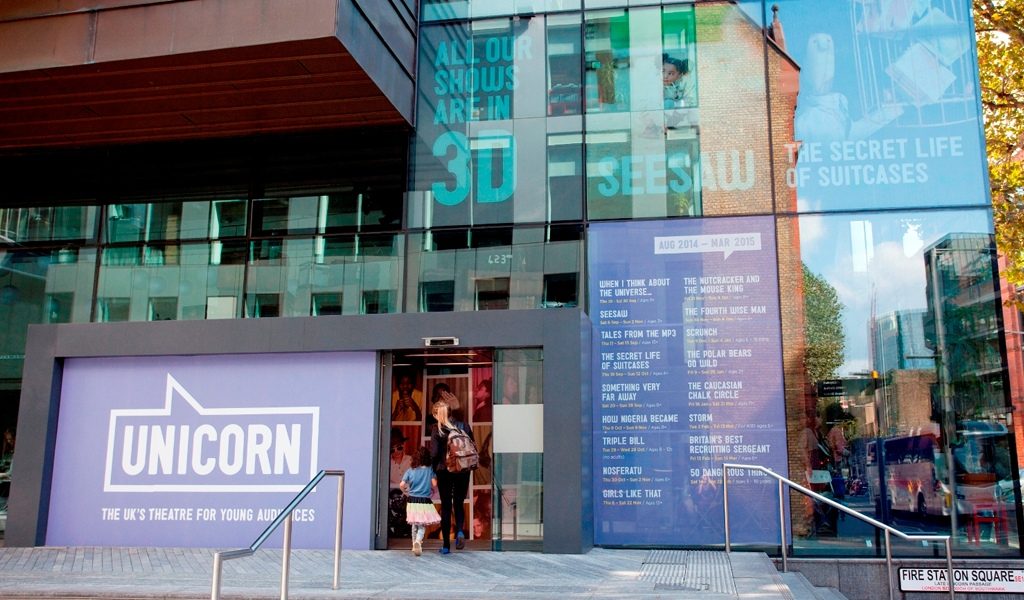 Matthew Robins is an award-winning animator, puppet-maker and musician. His credits include animation and puppetry for The Light Princess and Beauty and The Beast for the National Theatre, Flyboy at The Barbican, Mein Lieber Schwan at Opera North as well as performances at Tate Modern and Britain and the Science Museum.

Alongside The Iron Man, Unicorn Theatre’s Artistic Director, Purni Morell directs her translation of Belgian playwright Ignace Cornelissen’s The Hunting Lodge, a modern and feisty love story gone wrong. The Hunting Lodge is a familiar tale, it’s kind of new and kind of old. You’ll recognise it, at least in part. And you might recognise yourself (which is where the problem starts).

The prince got ditched five years’ ago. His mum thinks he needs to get back out there and meet someone, so she’s throwing a party – which is good news for Daisy. Daisy has a plan; everything is lining up perfectly and she’s going to bag her prince. But Charlotte arrives, somewhat unexpectedly, and Daisy’s not happy about it. Written by Belgian playwright, Ignace Cornelissen (Henry the Fifth) and directed by Unicorn’s Artistic Director, Purni Morell (The Velveteen Rabbit; Baddies: the Musical; My Father, Odysseus), The Hunting Lodge is a playful side-swipe at society’s obsessions with celebrity and its unrealistic romantic ideals.