Theatre Royal Stratford East’s production of Sinbad The Sailor has broken all box office records with the highest income and attendance for any show in the theatre’s history. Over 27,000 people have already booked tickets to see Sinbad The Sailor this year of which over 10,000 were first time visitors. In addition, 3,690 local school children attended as part of Newham’s Every Child A Theatre Goer scheme and on 29 December 2016 the pantomime was streamed live to the children’s ward at Newham University Hospital and Richard House Children’s Hospice.

Artistic Director of Theatre Royal Stratford East, Kerry Michael, said today ‘We’re thrilled that people from all over London return to see our pantos year after year. 63% of this year’s bookers are returning visitors and we’ve welcomed over 10,000 new visitors through our doors. We first presented Sinbad the Sailor back in 1888, then again in 1981, and I’ve loved reimagining it for today’s audiences. During Christmas week we streamed a performance live to Richard House Children’s Hospice and the children’s ward at Newham University Hospital, so that families were able to watch it together. We also look forward to presenting our first relaxed panto performance (Tue 10 Jan at 2pm). With two weeks to go Sinbad the Sailor is already our bestselling panto to date. We hope to share our original take on a classic story with many more people over the coming weeks, and to welcome them all back for Rapunzel next year!’ 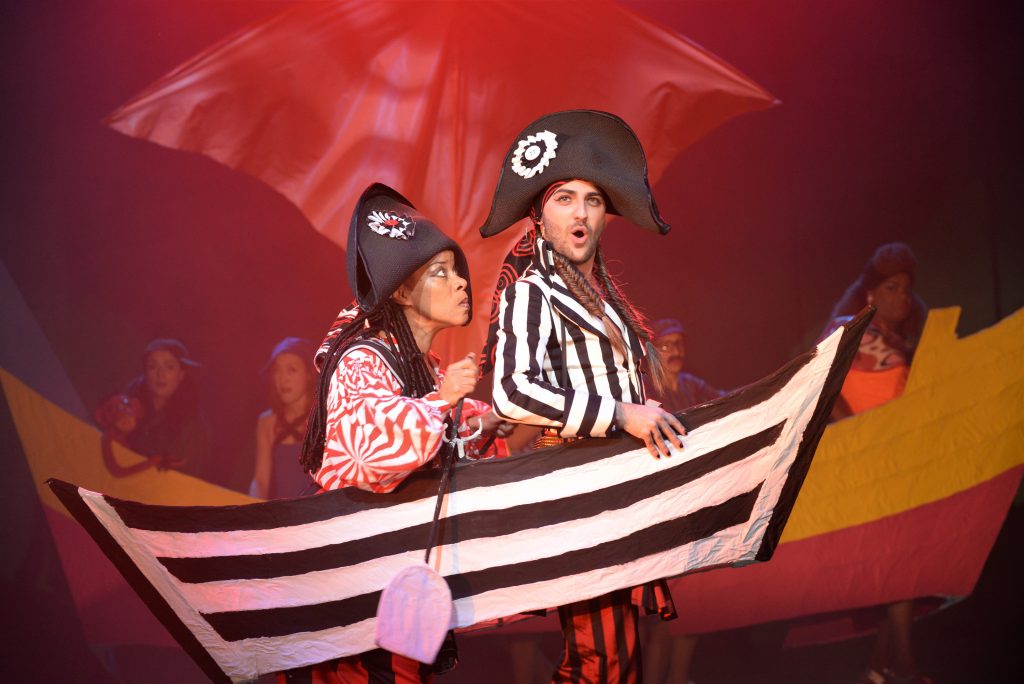 With heaps of surprises along the way, join Sinbad and his friends on a voyage to mysterious places as they strive to successfully complete their perilous quest.

Sinbad the Sailor has been written by Paul Sirett with music and lyrics by Wayne Nunes and Perry Melius. Directed by Kerry Michael the pantomime runs at Theatre Royal Stratford East until 21 January 2017.