One of the UK’s most widely celebrated contemporary dance companies is presenting eight works to tour throughout 2017, including a world premiere of brand new piece Chacony in the US, accompanied by a live string quartet. With new dances alongside critically acclaimed pieces, Alston’s and Lawrance’s work continues to exhibit the company’s characteristic musicality taking inspiration from music genres ranging from the tango of Tangentto Nomadic’s urban sounds.

Other highlights include Alston’s hugely popular Gypsy Mixture which will be revived for the first time in a decade, bringing with it a 21st century take on traditional Balkan folk music. The internationally inspired programme continues from Nomadic mixing Asian-influenced traditional Romany singing to Isthmus Remix with music by Japanese composer Jo Kondo and the revival of micro-masterpiece Dutiful Ducks which was created for Michael Clark in 1982, now danced by Liam Riddick.

Richard Alston, Artistic Director of The Place, is internationally recognised as one of the most inspiring and influential choreographers in dance. Perhaps more than any other choreographer, Richard is known for his instinctive musicality. Alston is renowned for having a very close relationship with his music, taking inspiration for his work directly from the music he uses, to use the music as a point of departure for the choreography. 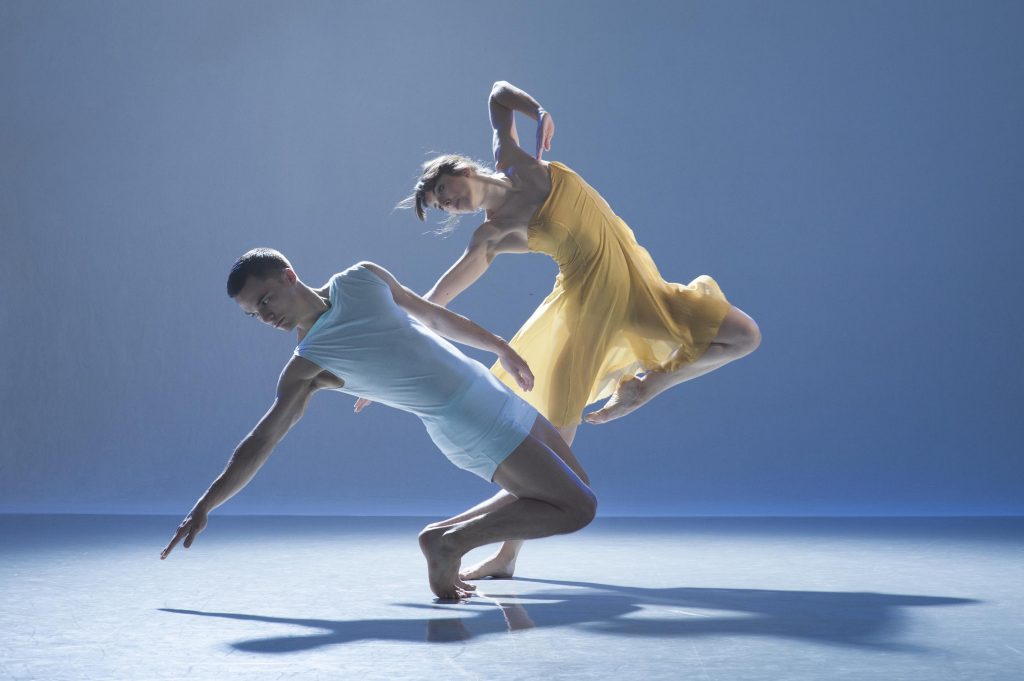 Associate Choreographer Martin Lawrance has made the dramatic and intense Stronghold to a richly resonant score by Pulitzer Prize winning composer Julia Wolfe.

Chacony is inspired by the powerful Chaconne of Henry Purcell. Every bit as powerful but much more stringent is the Chacony from Britten’s String Quartet No. 2, conceived as an overt tribute to Purcell. Alston juxtaposes these two pieces to make a dance that gets under the skin of the richness and nobility of Purcell, reaching into darker places before reaffirming hope for humanity.

An Italian in Madrid

An Italian in Madrid, also by Alston, is inspired by the sonatas of Domenico Scarlatti played live onstage by Jason Ridgway. Scarlatti was a baroque composer hugely influenced by Spanish guitar music, to explore this fusion of different cultures and styles Alston has invited BBC Young Dancer grand finalist Vidya Patel to join his company for this exciting piece.

Nomadic mixes Asian-influenced traditional Romany singing with the toughness of an urban beat. To explore the interaction between gypsy music and urban sound, Alston has collaborated with the hip hop and contemporary choreographer Ajani Johnson-Goffe.

Alston’s hugely popular Gypsy Mixture, revived for the first time in a decade, brings with it a 21st century take on traditional Balkan folk music. This exhilarating dance will lift your spirits and quicken your pulse.

Next are two contrasting pieces by Richard Alston: the precise and succinct Isthmus Remix to music by Japanese composer Jo Kondo.

Holderlin Fragments to the lyrical and intimate song-cycle by Benjamin Britten.

Richard Alston said, “As you know if you have seen this company before the inspiration of music is at the very heart of what we do. With a group of dancers who have been with me for four to seven years I’m confident that the stages will truly light up this spring. I hope you come and have a good time with us!”

Launched in November 1994 to great acclaim, Richard Alston Dance Company is one of the UK’s leading choreographer-led companies, for which its founder Artistic Director Richard Alston has created over 45 dance works. Richard Alston is also Artistic Director of The Place, London’s leading centre for contemporary dance, where the company is based.  Richard Alston Dance Company focuses on Lawrance’s and Alston’s new choreography but combines this with the re-creation of seminal past works from Alston’s career. Music plays a vital part in the company’s identity and since its inception Alston has made work to the music of a diverse range of composers.