Hackney Empire has today announced Cinderella as its 2017 Christmas pantomime. The 2016 production of Sleeping Beauty was seen by audiences from across the globe from countries including Hong Kong, USA, Brazil, Japan and Hawaii but 20% of the audience was from Hackney, an increase of 1% on last year. Other London Boroughs with an increase in audience presence include Islington, Waltham Forest, Tower Hamlets, Brent and Westminster. There were a record number of new attenders to the venue, 64% of the audience were first time attenders and they generated 57% of the final box office income.

The venue has also announced that current Creative Director, Susie McKenna, is to change her role becoming Executive Creative Producer. The newly created role will see her develop new, diverse musical theatre for Hackney Empire and partners. In particular she will be exploring new projects that are created by, or feature, BAME artists as well as also looking to develop younger early-career artists.  She will still write and direct the legendary Hackney Empire pantomime, Cinderella in 2017 and the anniversary production in 2018.

McKenna has been Creative Director at Hackney Empire for seven years and this new role will also allow her to pursue her freelance career as a writer, director and actor, whilst still developing and creating work for the Hackney Empire stage. In line with the 20th anniversary, McKenna is writing a book to be published by Oberon Books about pantomime and the story of 20 years of her annual show at Hackney Empire. 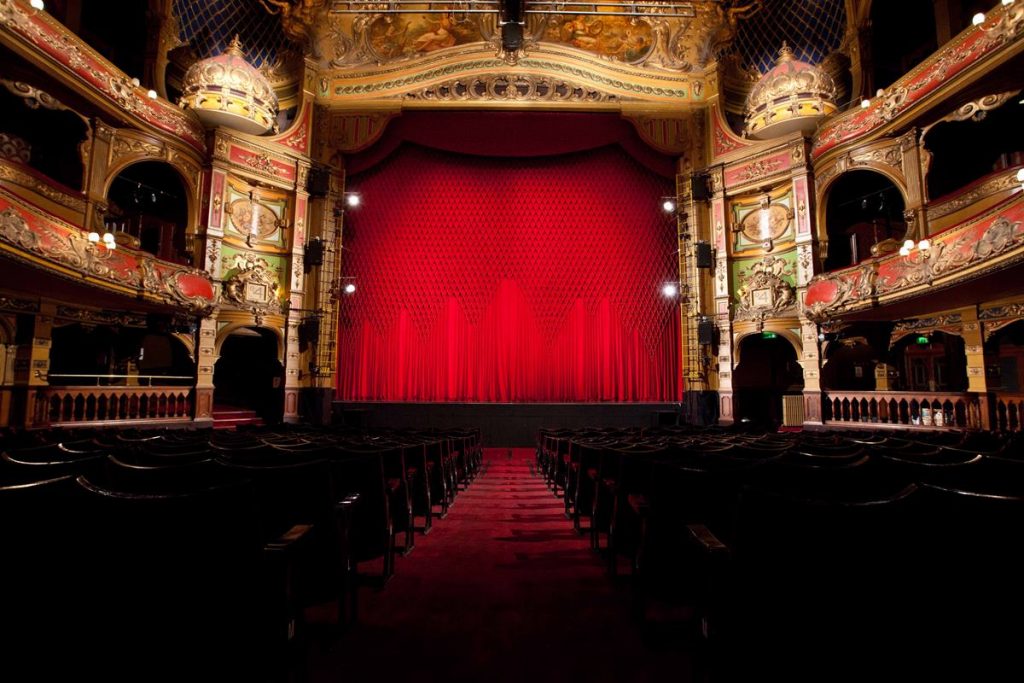 Susie McKenna said: “What a journey! It has been an honour and a privilege to be the Creative Director of Hackney Empire for the last seven years. Alongside Clarie Middleton, I’m proud to have led the team that got the iconic East London theatre back on its feet and with all the artists, creatives, producers and administration team who have worked tirelessly to make the theatre what it is today. The venue has a reputation for high quality popular entertainment and a vast community footprint with an outstanding outreach and artist development programme that has served Hackney and surrounding boroughs. My new role is an exciting opportunity to work with established and emerging diverse talent to tell stories that will celebrate and reflect the melting pot that is our London wide audience.”

Clarie Middleton says: “Susie’s passion for Hackney Empire and its communities has always been second to none, and this has been more than amply demonstrated over the last seven years. She has created stunning productions for our main stage ranging from the iconic annual pantomime to a really splendid BLUES IN THE NIGHT; and her work with local young people has been extensive and trail-blazing. We will miss her as Creative Director but look forward to working with her on the projects she will develop in her new role. We wish her all the very best of luck too, with her return to freelance acting, writing and directing. She will contribute loads to anywhere she works.”

From starting as principle boy in Nottingham Playhouse pantomimes, Susie McKenna has written and directed critically acclaimed pantomimes since 1998. Her most recent directing credits include The Silver Sword, a musical adaptation of Ian Serraillier’s novel, written by Susie and Steve Edis. Other credits include Blues in the Night, A Midsummer Night’s Madness (Hackney Empire, New York and Edinburgh Festival) and Once on this Island (Hackney Empire, Birmingham Rep, Nottingham Playhouse).  She was nominated for the League of Professional Theatre Women’s Guild/Coigney International Theatre Award for developing international links.  She has also worked as an actor for over 30 years and credits include Chicago, Cats, Ragtime and The Witches of Eastwick in the West End, TV shows such as Mr Bean and Casualty and films such as Cats, Jack and Sarah and Muppets Most Wanted.