The Touring Consortium Theatre Company and Birmingham Repertory Theatre are pleased to announce thatShobna Gulati (Coronation Street, Dinner Ladies) will star as ‘Daljit’ in the new tour of ANITA AND ME, opening at the Wolverhampton Grand on 14 February 2017, and touring the UK until April. Adapted by multi award-winningTanika Gupta from the book by Meera Syal, directed by Roxana Silbert, with original music by the Ringham Brothers, ANITA AND ME will play Wolverhampton, Cheltenham, Blackpool, Nottingham, Bradford and Edinburgh.

The professional company will perform alongside eight actors drawn from the local community, with auditions taking place in individual venues. Lighting design is by Chahine Yavroyan, sound Design by Ben and Max Ringham, original choreography by Ann Yee, Set and costume design is by Bob Bailey.

This poignant coming-of-age tale follows Meena, a young girl growing up in the only Punjabi family in a 1970s Black Country mining village. Meena spends her days happily getting into scrapes with the other local children until one day the impossibly cool Anita enters her life.

Suddenly Meena knows exactly who she wants to be but is Anita all that she seems? Soon Meena’s world is turned upside down as she is caught between two very different cultures.

Anita And Me paints a comic, poignant, compassionate and colourful portrait of village life in the era of flares, power cuts, glam rock, decimalisation and Ted Heath.

Meera Syal said, “I’m delighted that Anita and Me is touring the UK.    It is amazing to think of so many people engaging in this story – particularly young people, who like me as a child, may be wondering how they fit in!” 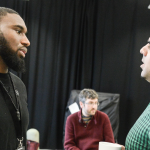 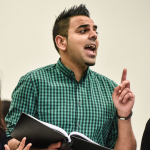 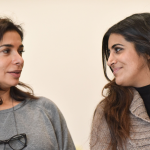 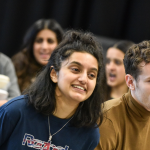 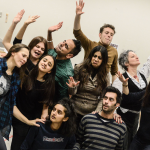 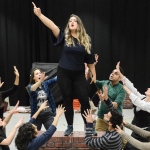 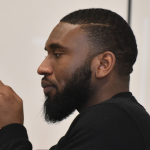