If there’s any cast based in the West End that’re on a high right now, it’s the folk over at Half a Sixpence. With a wonderful, joyous opening and critical acclaim, the show has proven to be a family-friendly treat and the perfect remedy to the winter blues. In the run up to Christmas, I had the chance to catch up with lead female and award-nominated actress Devon-Elise Johnson just before her matinee call. What was most obvious was just how exciting the show was for all involved – or, as Johnson put it ‘absolutely insane’.

Johnson, 24, who has received critical applause for her ‘effervescence and fierceness’, got the role relatively quickly, with a 5-day turnaround (something that’s almost unheard of for a West End production): ‘My audition process was mega quick. I got a call on the Saturday night asking for me to learn nine pieces of material for the Tuesday morning, so I tucked myself away in my room for the foreseeable future. By the Thursday I was standing in a room in front of Stiles & Drewe, Andrew Wright, Julian Fellowes, Rachel Kavener, Cameron Mackintosh and I was like, what was going on?’  Clearly something worked for the entire team, with the call confirming the role coming in less than half an hour after that callback. As Johnson remembers – ‘one day Cam Mack came up to me and said ‘I don’t want you to do anything different because you are Ann’. I was like wow, oh my god, that’s interesting.’ Johnson can see the connection – ‘she’s like me – she’s got guts behind her, she’s got gall, she won’t sit back and take it. She’s basically a 21st Century Essex girl’. 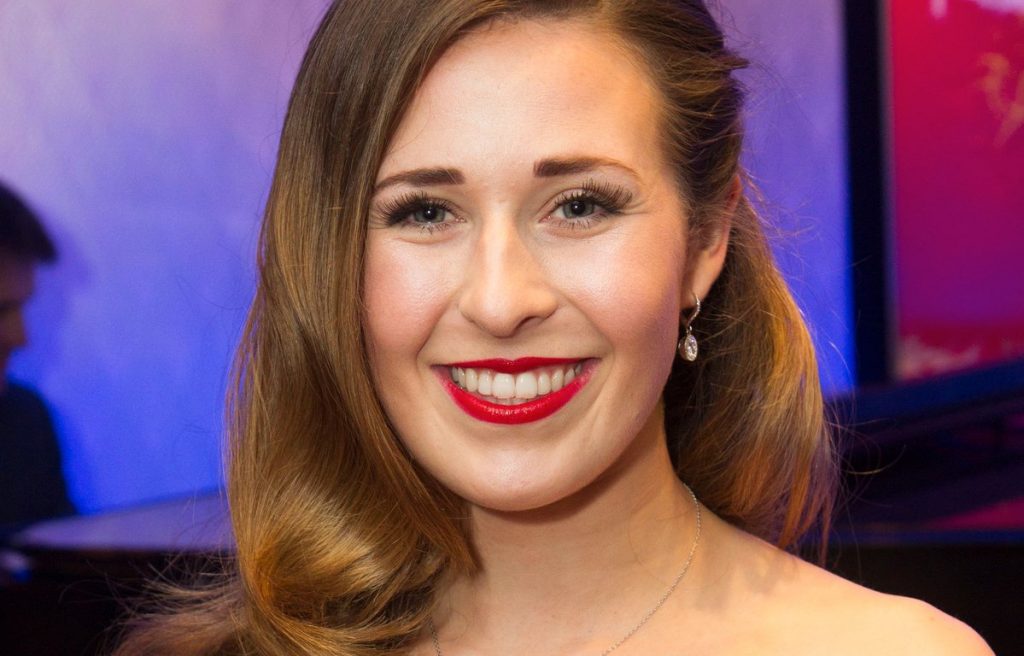 The show saw a barnstorming run at the Chichester Festival turn into a speedy West End transfer -an exciting prospect for Johnson: ’It was an absolutely mental experience. We got told 4 days before closing at Chichester that we were transferring. I’ve ticked so many things off the bucket list, including now doing Children in Need.’  Remembering her West End performances: ‘I thought audiences at Chichester were great but here’s been amazing. Even the matinees were some of the best matinees I could have performed at – even old audiences are up, bouncing around…We get people beaming at stage door, so we know we must be doing something right.’

No small amount of this success comes down to the impressive roster of individuals on the Sixpence project. Stiles and Drewe (keen to repeat the success, no doubt, with 2017’s The Wind in the Willows) have really hit the nail on the head with the project, based originally on the 1963 iteration of the same show – as Johnson notes. ‘Sometimes I wake up in the middle of the night humming all the songs.  It’s the sign of an amazing score. They’ve done the most incredible job, so seamless integrating the new songs into the old.’ Interestingly enough, it was the 1963 version of Half a Sixpence that launched the career of Marti Webb – also in the part of Ann. 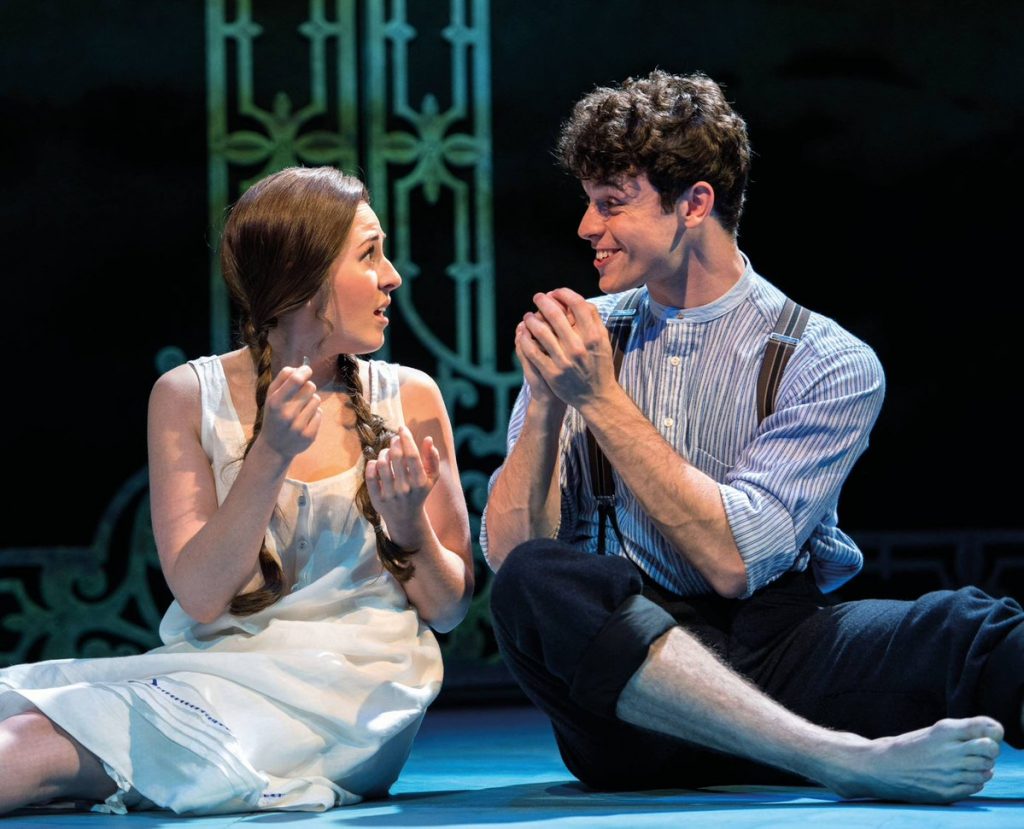 This pressure certainly didn’t faze Johnson. ‘You know you’re in safe hands with these guys, a supportive, constant reassurance. By being part of an original cast, things are allowed to change. The freedom that we’ve had is incredible, Rachel is an amazing team and the room is so much fun to be in. We’re always laughing, (though serious in the moments that we need to be serious!). The cast are so incredible and talented in their own right.’

A key element of the show’s buoyant energy is the relationship between Ann and Arthur, played by Charlie Stemp. Leaping and bounding across the stage, the pair’s easy chemistry is a well documented element of the performance – though perhaps not surprising given that the two were both part of the Mamma Mia international tour. As Johnson reflects on it, ’Our energy is so natural, we’re such good friends, almost more like brother and sister.’ It isn’t always so lovey-dovey however:  ‘Offstage we’re sometimes really mean to each other, hitting each other with sticks. Charlie once forgot to bring on the sixpences, which was mortifying. Before we run on for our bows we always say something mean to each other like, you were really bad tonight.’ A testament to an ideal relationship!

Indeed, this closeness seems to extend to the rest of the cast: ‘Our dance captain used to organise loads of events, Olympic Games in the Sunshine, Rounders, bowls, movie nights. Myself and the girls went to Croatia together, we’re all really close. Such a tight unit.’

One final question – why is the show clicking right now in 2016, as it once did over 50 years ago? ’It’s time for something British and family orientated to come to the West End. It’s important for our culture, to see a show about how britain was back then.’ A true enough sentiment and an exciting one to end on for Johnson, no doubt placed for some exciting future roles – it is fair to say that Half a Sixpence is a unique fixture on the West End roster.