After much success and a sell-out run at Theatre503, BU21 has found a well-deserved transfer at Trafalgar Studios. This highly political piece, playing on our class-consciousness and uncertainty in the face of rising racism in Western society, asks us to consider how we deal with trauma in contemporary Britain.

Stuart Slade’s cleverly crafted play tells the stories of six individuals following a terrorist attack on a passenger airline which falls in affluent Fulham. When the plane is shot down by a missile, fired by what we assume to be terrorists, a broad cross-section of Londoners find their lives changed dramatically. We learn each of their stories in turn, the majority of the play being delivered to us in monologues before they come together at a support group for those dealing with post-traumatic stress disorder.

Izzy, played with nuance and a perfect amount of girlish naivety by Isabella Laughland, discovers over Twitter that her mother has been killed by the impact of the plane crash. Alex, a cocky young banker with misogynistic tendencies, portrayed with intelligence and good humour by Alexander Forsyth, loses both his girlfriend and best friend, although their deaths reveal their affair, leaving him with conflicting feelings about their demise. Ana, an Eastern-European waitress, is irreversibly burned, leaving her wheelchair bound and isolated, and Floss, university student and daughter to a wealthy yet emotionally inept father, witnesses the death of one of the plane’s passengers who falls in her back garden. We also meet Graham, a lorry driver, patriot and suspected Leave voter, who finds himself at the incident and is catapulted to immediate fame, in his own head at least. 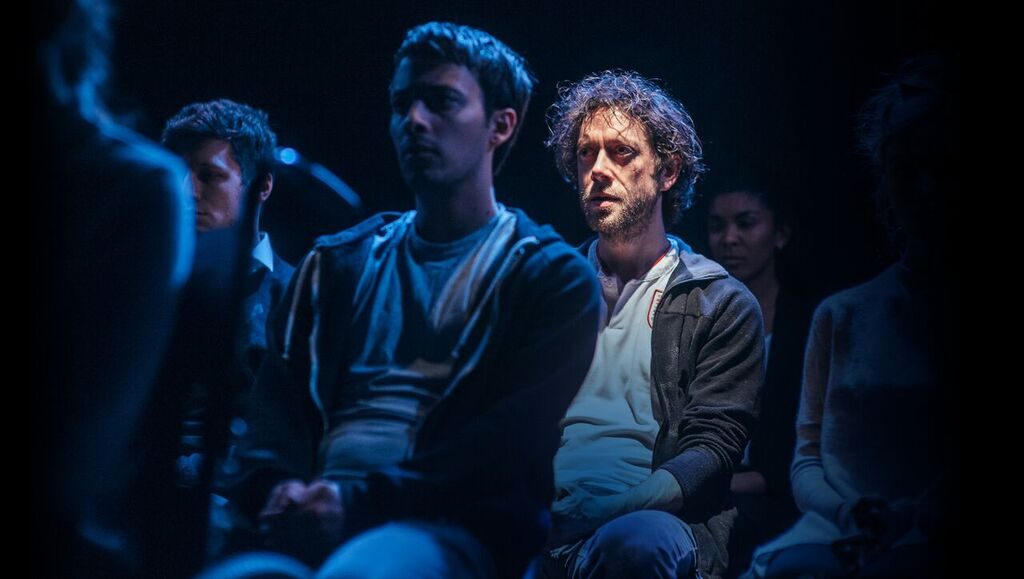 Through each character’s method of coping, or in some cases their abysmal failure to cope, with what they have experienced, we are asked to consider our own response, were anything like this to happen to us: Alex assures us that it will. The narration and audience interaction by Alex gives the audience a clear role, that of a spectator, but an engaged and active one. Studio 2, in its intimate thrust configuration, aids this beautifully, allowing the audience a genuine proximate connection with the stories, perfectly complimenting Slade’s creation of thoroughly relatable and recognisable characters.

Although we never see direct conversation between them, it is difficult not to compare the responses of the three young women. Izzy, whose personal loss is second only to Ana’s, fails to properly engage with what has occurred, although we see some processing when she really focuses on her mother’s death. This decision to carry on and be happy for her mother’s sake contrasts with Ana’s slide into depression, being totally consumed by the events. Later on in the play, Roxana Lupu delivers a deeply moving performance describing Ana’s struggle and her inability to escape life. Florence Roberts’ Floss begins the piece with a forced objectivity which gradually crumbles as she finds ways to deal with witnessing death first-hand. In each of the women we see decisions made both actively and by accident and the implications that they have for how cope with trauma.

Alex’s rejection of the PTSD support group as a means of support, using it simply as a way to ‘pull’ vulnerable women, is symptomatic of his failure to find a way of properly processing the event. Although he feels he has ‘bossed it’, the cracks beneath the surface are clear to the audience, owing largely to the strength of Forsyth’s performance and no doubt to careful direction by Dan Pick.

The PTSD support group is symbolic of a coming together of those from different walks of life. Graham, played convincingly byGraham O’Mara, sees this as a genuine levelling of the class divide, but he could not be more wrong. Whilst they are sat in the same room, none of the characters gain anything from the others and are instead trapped in their own internal monologues, something that Ana recognises but is helpless to address. Reflected by the structure of the play, Slade presents us with the idea that we only really discover truth through interaction with others, perhaps sending a message about how modern society encourages us to deal with our own issues ourselves and how this, perhaps, is not working. 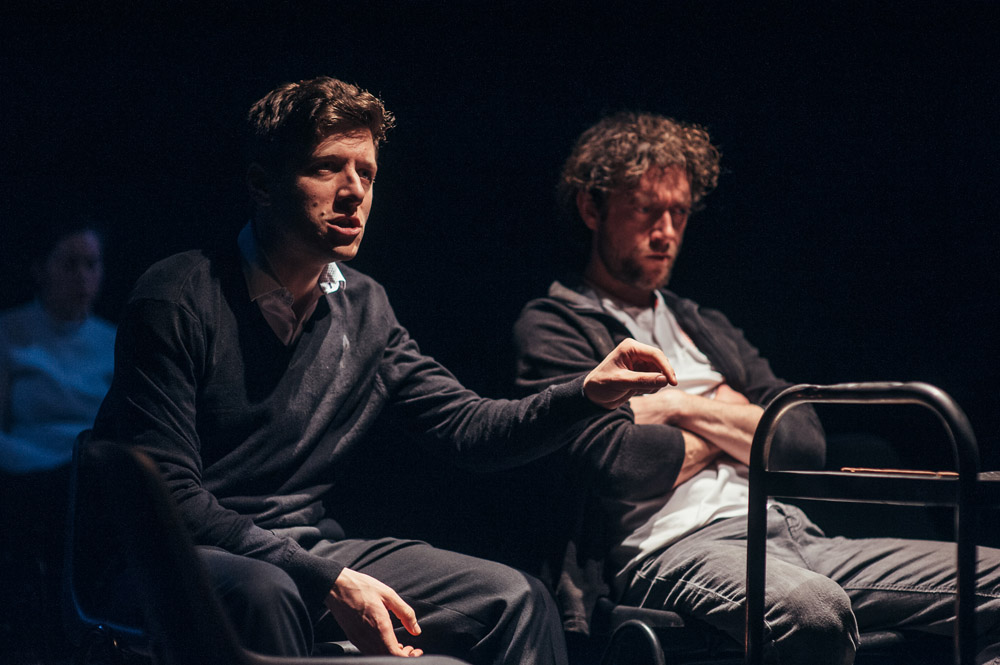 In addition to its detailed exploration of trauma, Slade’s play asks difficult questions about racism and the implicit assumptions we make as an audience. Although the liberal minded theatre-goers at Trafalgar recognise Graham’s overt racism and look down on it, BU21 lures us into the trap of assuming that our final character, a young Muslim man, Clive, is not a victim of the attack but is in some way complicit in it. Clive Keene’s delicate presentation of the issues facing a young Asian man growing up in 90s Britain is an all too familiar story, and yet these assumptions still exist in 2017.

Christopher Nairne’s lighting design must also be mentioned: flickering strip lights are used very creatively throughout the piece and close spots compliment the moments of real exposure in the characters beautifully.

Kuleshov have a lot to be proud of in BU21 and this really is political theatre at its best. Gently teasing out some of the major problems in twenty-first century Britain, the important questions are asked and left intelligently unresolved.

BU21 will be continuing its run at Trafalgar Studios till 18th February at 19:45 every day except Sundays, with matinees at 3pm on Thursdays and Saturdays. You can book your tickets from www.atgtickets.com/shows/bu21/trafalgar-studios/.