Open auditions will be held at London’s Pineapple Studios for the 2017/18 cast of Disney’s hit new West End musical Aladdin, which opened to critical acclaim at the Prince Edward Theatre in June 2016. Auditions for both male and female singers and dancers to play ensemble and featured roles will be held on Monday 16 January 2017.

Disney’s casting team is looking for athletic, technically-trained dancers with very strong technique in all styles, including tap, as well as excellent singing voices. Male dancers with acro, gymnastic and/or tumbling skills is a plus but not essential. Singers should be excellent and be able to dance well in order to make up the ensemble.

Attendees must be aged 18 years or older, eligible to work in the UK and have a playing age of 20s-30s. Actors of all ethnicities and cultural backgrounds are strongly encouraged to attend.

Full information, including what to wear and bring to the audition, can be found at www.aladdinauditions.co.uk

Open auditions were held in 2015 for the original London company, and seven members of the 38-strong company were cast from those calls in London, Manchester and Birmingham. 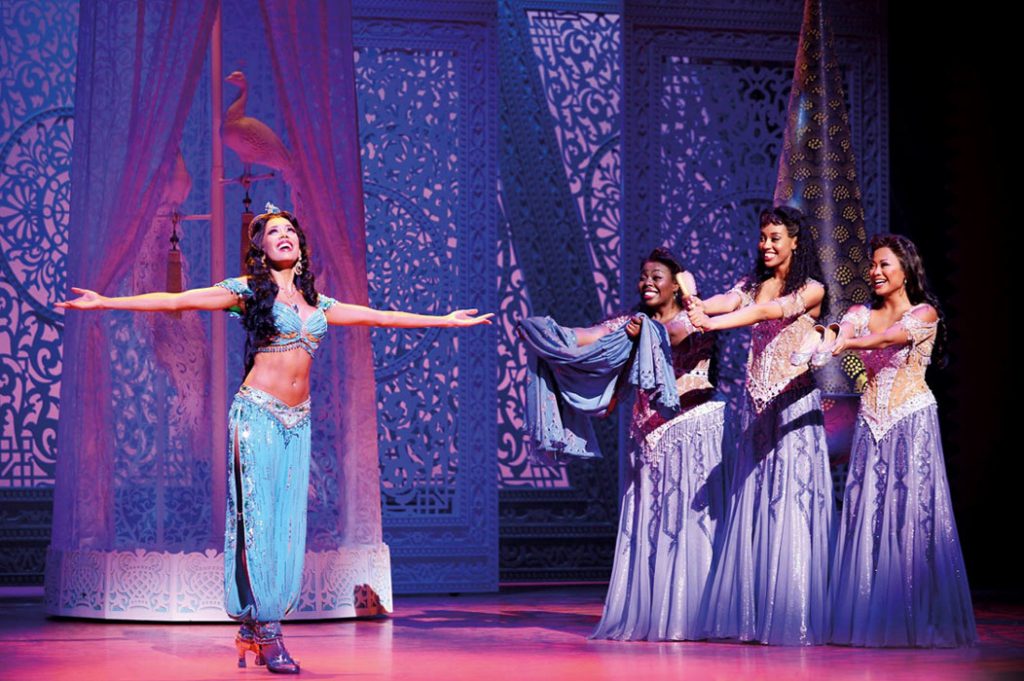 Now in its third record-breaking year on Broadway at the New Amsterdam Theatre, where it has been seen by more than 1.5 million people, Aladdin’s global presence has grown to five productions on three continents. The show is also playing at Tokyo’s Dentsu Shiki Theatre Umi, Stage Theatre Neue Flora in Hamburg and Capitol Theatre in Sydney, before moving to Her Majesty’s Theatre, Melbourne in April 2017.

Previous Disney stage productions in London have included Shakespeare in Love and the Olivier-winning productions of Beauty and the Beast, Mary Poppins and The Lion King, which is now playing its 18th year in the West End.