Review of: Pinocchio at the King's Head Theatre

Produced by:
Charles Court Opera and the King's Head Theatre

Pinocchio, currently running at the King’s Head Theatre, fits the bill snugly. Rejigging and warping the original tale of a boy seeking to conform.

The first week of December inevitably brings a feast of panto performances – up and down the country audiences erupt with lighthearted, glib laughs, bellowing the classic ‘He’s Behind You’s with relish and glee. It’s a tradition – a fun, remedial one that never needs to be critiqued or analysed too deeply. These are the sorts of shows that do not need the deep moral message or conceptual exploration – they exist for the sake of entertainment, a ‘fun night out’.

In that respect, Pinocchio, currently running at the King’s Head Theatre, fits the bill snugly. Rejigging and warping the original tale of a boy seeking to conform to social expectations of what real boys should be, here we get a true parable on the power of friendship – as our wooden puppet comrade embarks on a quest replete with golden eggs, flea circuses and spice-fuelled villainy. An original, vibrant concoction from joint writers John Savournin and David Eaton (veterans of the Charles Court Opera) that, while not seeing every gag land, still managed to tickle and tantalise in each scene. 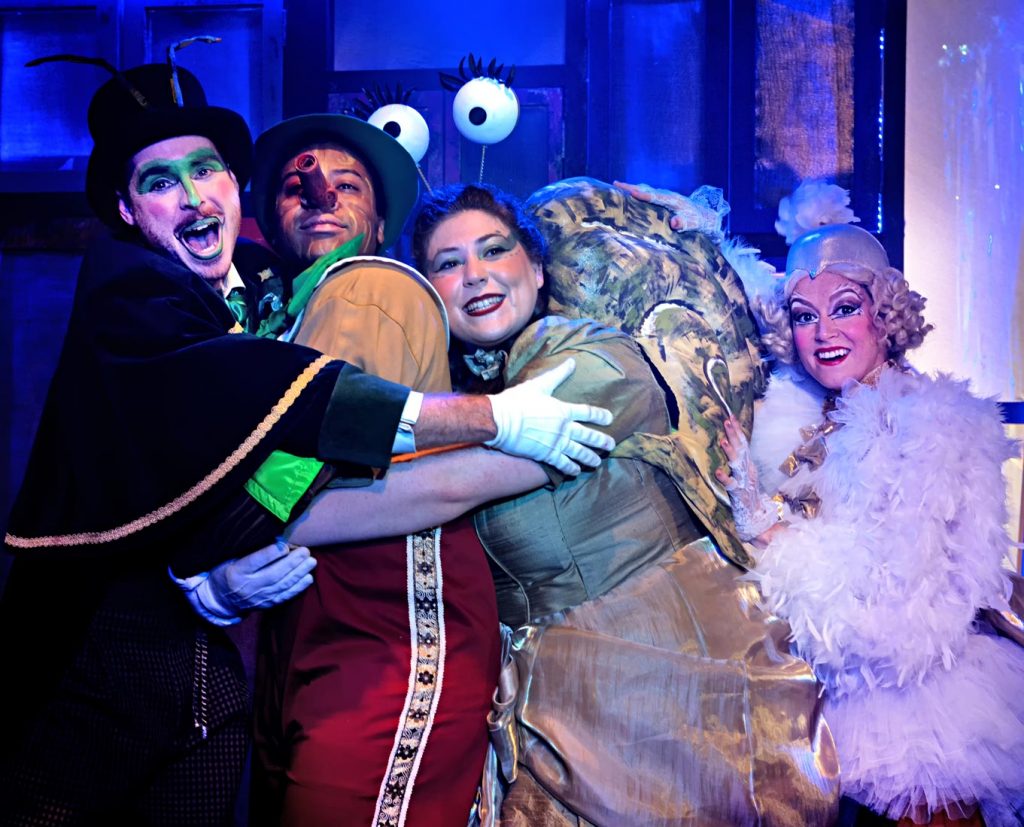 If a panto needs one thing to succeed (and resorting here to the basest of clichés) it’s ‘heart’ – and this one had it in spades. Joshua Da Costa’s titular boy was a constant bouncing ball of energy, as candid and wide eyed as the character needs to be, while Robin Bailey’s Phileas Fox had a consistently witty and subversive attitude, even when delivering the most cringe-inducing of puns. The standout has to be Savournin’s evil El Tabasco – a spritely, spindly villain more than ready to throw glitter and water out into the audience, inducing the necessary level of anarchy with each entrance.

For a space like the King’s Head, Will Fricker constructed a lavish set, with every bell and whistle under the sun and utilised to full effect. The Russian dog fish Donald (easy Trump gags aplenty) was a wonder of a construction too, floating across the stage for a nice and nautical interlude. By the end of a hasty 105 minutes I was left beaming – while certainly charmingly rough around the edges (indeed, some songs felt as though they were being sung at the wrong octave at times, while a couple of line gaffs undermined the show’s structure somewhat) this was what pub theatre panto is all about. Those in the Islington area are lucky – a solid night of uproarious fun is only minutes down the road – check it out before the new year arrives!