Review of: Peter Pan at the National Theatre

A magical rendition of J.M.Barrie's classic novel takes to the National's Olivier stage,

With Peter Pan seemingly the panto-of-choice this year (with a variety of adaptations over the country, and Mischief Theatre even dabbling with proceedings in Peter Pan Goes Wrong), it was always going to be a tall order for The National to present an adaptation worthy of the Olivier Stage. Turning to Sally Cookson’s 2012 iteration of J.M Barrie’s classic text was a nice touch – a differing, anarchic version of the piece that, while having the same degree of heart as the well-known tale, here embellishes the story with excerpts and ideas not readily known about the show – especially once it entered its Disney-fied state.

Sally Cookson, still revelling in the critical honeymoon of her 2014 Jane Eyre, here delivers an anarchic, creative and lucrative Pan, replete with ropes, puppets, shadow effects and, consistently, humour. This is a devised piece, capable of both indulging in Pan’s exploits while ready to challenge or critique existing issues whenever necessary. Beyond that, this was a show with heart, one ready to make audiences of different backgrounds laugh, be it through the classic slapstick, the subtle wordplay, or the meta-theatrical ‘magic rope’ that replaced the archetypal fairy dust. 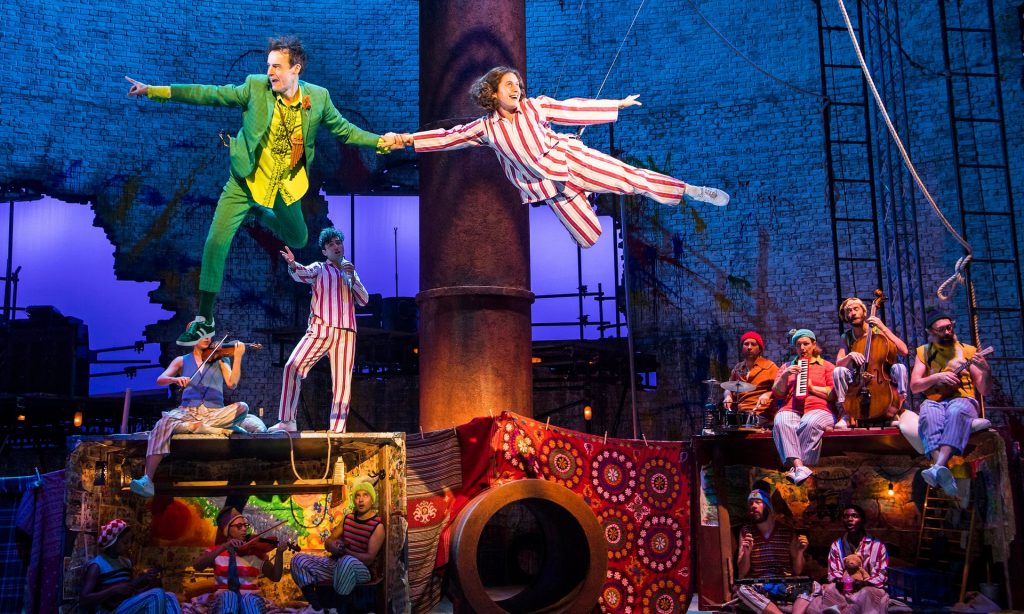 This was also a much more melancholic version of Pan – with details lifted directly from Barrie’s writings and concoctions. For instance, Pan’s backstory (as a boy who learns to fly around Kensington Gardens, before returning to his home to find his mother barring the windows and preventing entry), were newly brought to light in some of the show’s ‘downtime’ scenes (among the visual spectacles). The same applied to the Lost Boys – children who had fallen from their mother’s prams, rescued from Pan and whisked away to Netherland. These were touching, heartwarming moments that struck chords in all the right places – for both kids and families alike.

Some choices were equally commendable (though at times tricky). Anna Francolini’s Hook, (returning to Barrie’s original conception of Hook as being a female, doubling for Mrs Darling, rather than the typical tyrannical pirate) gave the pirate a nuanced, intriguing depth – amplifying the familial dimensions of the plays, especially with the repeat mentions of mothers. Further to this, Cookson’s embellishing of Peter’s language with a subtle, militaristic tone was fun and new – little boys would always love to play soldiers with each other, running comms or giving orders. Fresh visions of old tales. Some issues were slightly trickily sidestepped – particularly the burning and controversial presence of ‘the Indians’ so hamfistedly presented by both Disney and in Joe Wright’s recent Pan. Here the characters are cut almost entirely, replaced by a pack of wolves led by a proudly Scottish Tiger Lilly (played by Lois Chimimba, who had a solid turn in this summer’s Diary of a Mad Man (opposite Liam Brennan) at the Traverse) in what seemed to be a clear parallel with Princess Mononoke. 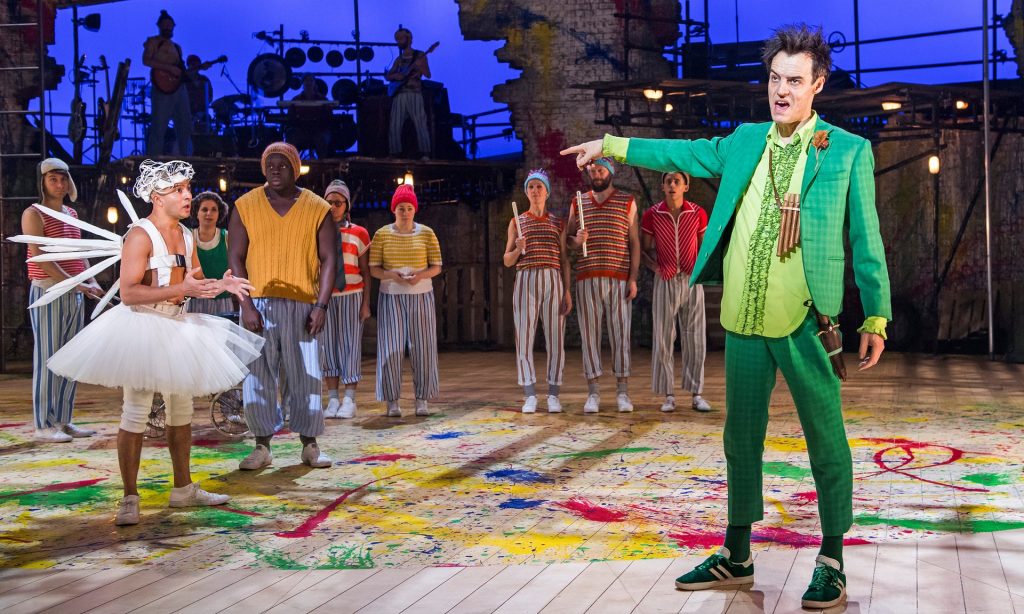 The Olivier’s vast, resolve-bearing stage was given the typical design flourishes by Michael Vale (a frequent Cookson collaborator, responsible for the wonderful wooden constructions on Eyre) with a Jackson Pollock-esque paint splash coating the floor, a playful, childlike visual theme that was as energetic as those that occupied its stage. While the music (importantly with musicians onstage throughout) added a punk-ish, rocky fun to proceedings, some of the songs performed by the cast felt somewhat less comfortably placed and may have upset the show’s much-needed rhythmic pace at key moments.

Though this is Pan’s show on the title, it is Wendy that gets the pivotal role in the plot – one Madeleine Worrall accomplishes with ease. After a star turn as Jane Eyre, her return to Cookson’s side was a delightful choice, and the two seem to run in tandem through this show. Worrall’s comfortability and grace, while still bearing the requisite childishness, made the show all the more magical. Wendy is our way into Peter’s world – she’s also the character we leave with when we exit the theatre.

Among these stories of wolves, mermaids, pirates and mothers, replete with a revolving set and musical numbers, there seems to be almost no space left for the main boy himself – though this did not stop Paul Hilton from seizing every moment. Dressed almost like a mashup cosplay tribute to Jim Carrey’s roles as the Riddler and the Mask with hints of David Tennant’s Doctor, Hilton flies across the stage in a vibrant green three-piece, constantly defying the need to grow up while inhabiting a costume almost parodic of a working gentleman’s attire.

If the National were to do a Christmas show, there’s little more that could be expected. A memorable, visual feast that, while having some rough edges, has more than enough heart to capture the imaginations of any audience.