Today is your last chance to support the 2017 London Clown Festival via its crowdfunding campaign.

Launched in 2016 with the motto “Barely a red nose in sight”, London Clown Festival is a festival of physical comedy and clown influenced contemporary performance exploring what Clown is to the modern performer and their audiences. 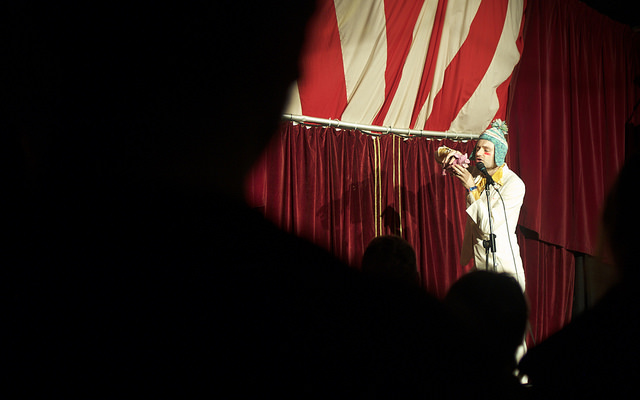 Ben Target performing in the 2016 Festival

The festival organisers  program an exciting, inspiring and eclectic mix of current performers who embody the principals of this timeless art form. In doing so they hope to share the joy and exhilaration of Clown with a wide breadth of audiences both young and old.

The festival is also sustainable for performers and punters alike, with £5 tickets and fair offers and development opportunities for artists. Additionally, 2016 saw the festival – which took over an abandoned car park in Manor House – host three free cabarets as well as talks on clowns in crisis areas charity work.

Donate to the London Clown Festival’s crowdfunder page to support a diverse and accessible festival of alternative comedy.

The crowdfunder page can be found here.